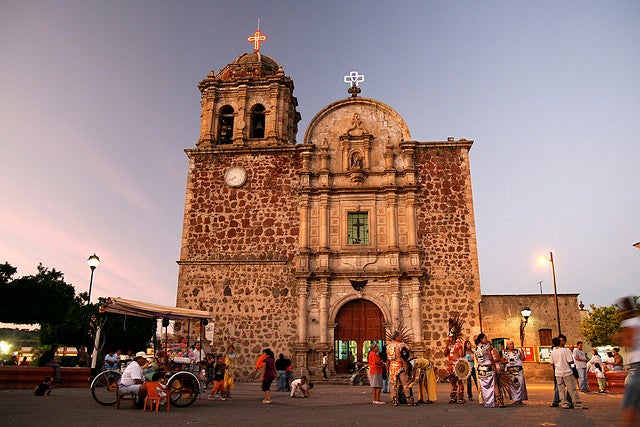 When we think of smart cities, what image comes to mind? New York? Tokyo? Barcelona? Perhaps that of a global city with massive transportation infrastructure, intelligent waste management systems, and real-time traffic monitoring to ensure safety and comfort for its citizens, businesses and visitors.

However, the time has come for Tequila—a town located in the state of Jalisco, about 600 kilometers northwest of Mexico City—to become the first “smart tourist city” in Latin America. With a population of 50,000, Tequila hosted 200,000 visitors in 2014. Following the worldwide trend of urban growth, for 2020 the city is expected to double its population and host 1.4 million tourists per year.

Tequila is one of the 83 pueblos mágicos (magic towns), which are part of a program carried out by the Mexican national tourism organization. All of these towns are tourist destinations featuring historical or cultural landmarks. Tequila was selected among them to be the first to employ new technologies to strategically prepare for future challenges, such as the anticipated influx of new residents and visitors.

To help Tequila, Grupo JB (Cuervo), IBM, TELMEX and the Tequila’s Development Council (Consejo de Desarrollo Integral de Tequila—CODIT) joined forces not only to think about future developments, but also to begin implementing smart solutions to tackle the city’s main issues. To start off, the city selected projects with high impact but a relative low level of complexity, in fields such as connectivity, mobility and open data. The ultimate goal is to evaluate and learn from these experiences, in order to apply these new technologies to other pueblos mágicos.

The advantage of being small

When applying smart technologies, there are 4 main reasons why small towns are more convenient than larger cities:

1. Size: Small cities tend to be compact and therefore easier to oversee. This is also an advantage when evaluating the impact of a project over the entire city.

2. Ease of setting up a plan: Big cities implement smart technologies in select areas, such as health, traffic or e-government. They also work based on long-term development plans and tend to have intricate management structures. In smaller cities, city management involves a much smaller organizational structure, making planning and implementation a more straightforward process.

3. Cross-Sectoral Integration: In small towns like Tequila, it is much easier to design an implement a comprehensive action plan to create a smart city. The reason for this is that health, transportation, security, and water services—among others—are managed in an integrated manner. This helps different sectors share data among each other and roll out services across the whole city area.

4. Community Access: In 2013,  CODIT was established to promote greater participation from residents, businesses and the local government. CODIT also promotes Tequila’s sustainable and inclusive urban development; facilitates capacity-building; and seeks to position the city as the heart of agave culture in Mexico.

The case of Tequila demonstrates that smart city approaches are not limited to big cities. Small cities can also innovate and actively pursue a better future for their citizens.

This project will hopefully create better living conditions for local residents, a more than satisfying experience for visitors, and fruitful and sustainable opportunities for innovators and local businesses. We believe that it can also serve as a pilot on how to incorporate innovations and new technologies in other small cities and towns in Latin America and the Caribbean.

Julia Hollnagel is a PhD candidate at the University of Tokyo, based in the laboratory of landscape and civic design. She is conducting research on the perception of history in urban public spaces and is interested in the influence of tourism on towns, especially on the use of public spaces. Julia is a native German speaker and fluent in English, Spanish and Japanese.