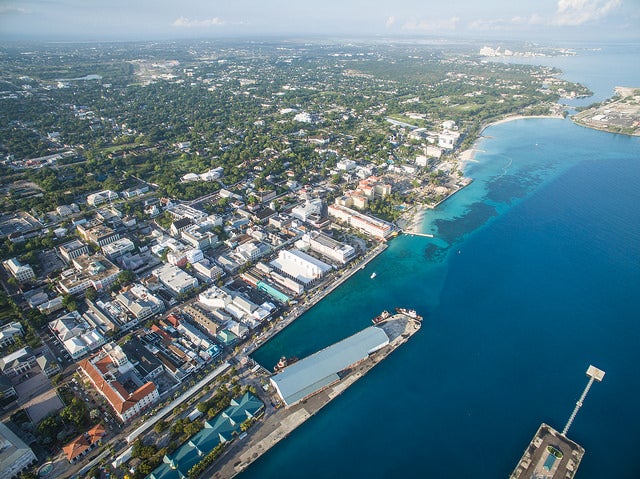 The city of Nassau is the capital and the largest city of The Bahamas. Over the past three decades, the country’s population rose by 81%, and it is precisely New Providence Island—home to the city of Nassau—the area that has experienced the largest population influx. The Greater Nassau Area offers a rich history, culture, and natural environment for the enjoyment of residents and tourists alike. However, product of its rapid expansion and the effects of climate change, the city now experiences a series of issues that affect its productivity and long-term sustainability.

From an economic perspective, rising poverty levels, inequality and unemployment are sources of major concern in Nassau. Today, 15% of Bahamians are unemployed, and 13% of those living in New Providence are living in poverty. This situation not only affects the city’s productivity, but has had an impact over the country’s levels of violence and security.

From an urban perspective, the city also faces many challenges. Downtown Nassau has lost its historic connection with the surrounding neighborhoods and most of its inhabitants have moved to suburban locations. As a result, the city lacks its former activity and vibrancy, and most businesses shut down after dark. Additionally, the nearby community of Grant’s Town struggles with serious security issues and a strong deterioration of infrastructure, derelict housing, and few community public spaces.

From an environmental perspective, Nassau’s location makes it highly vulnerable to natural disasters and the impacts of climate change. The Greater Nassau Area is mostly at or below sea level, putting it at greater risk to its main hazards of inland and coastal flooding.

Since 2015, the Emerging and Sustainable Cities Initiative (ESCI) has been working with the government of The Bahamas to craft an action plan and design innovative solutions to tackle these sustainability challenges. Some of these solutions include:

Want to learn more? Register here to watch the live webcast of our presentation at the IDB’s Annual Meeting on Thursday, April 7.