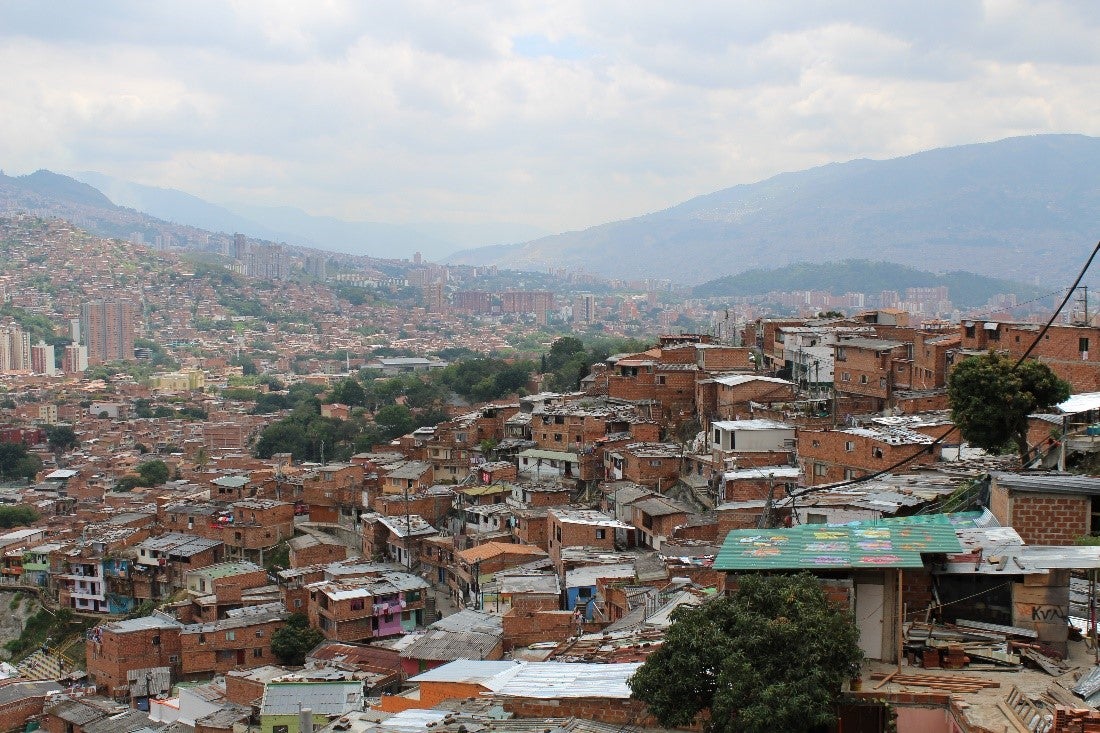 Secondary cities are important economic, social and logistic centers that hold a key role for the flow of both people and goods within and across countries. Secondary cities usually have between 100,000 and 1.5 million inhabitants and host 20 per cent of the global population. They often deliver crucial services in terms of regional governance, economic production, and human capital formation: they act as national or regional capitals, specialized industrial centers, and university poles. Moreover, they are essential elements for reducing the urban-rural gap, since they connect metropolitan areas with rural contexts. In other words, they are indispensable for the sustainable and inclusive economic and social development of both emerging and developed states. Playing such a vital role, it is hard to comprehend why secondary cities face many development challenges including lack of infrastructure and services, weak governance and enabling environments, land management issues, loss of skills, and difficulty in attracting investment and jobs, especially in emerging economies. During the last four years, the Cities Alliance Joint Work Programme on Equitable Economic Growth in Cities has thoroughly examined development trajectories of secondary cities. The book Connecting Systems of Secondary Cities successfully collects and presents this body of knowledge.

The main issue concerning the equitable growth of secondary cities is the disparity in terms of investments, fiscal transfers and infrastructure spending in comparison with larger metropolitan cities. Even within developed countries like the UK, the expenditure on infrastructure per resident is 24 times higher in London than for cities in the Norh-East England. Urbanization and globalization trends, innovation and new technologies, as well as structural economic change don’t seem to slow down this trend. These factors contribute to the growth of capital cities and metropolitan areas at the expense of the economic development, business and employment opportunities and wealth of secondary cities. Unless this trend is reverted, it is estimated that, by 2025, 600 major urban centers, accommodating a fifth of the world’s population, will generate 60 per cent of the global GDP, while smaller cities, with 30 per cent of the world’s population will be responsible for just the 15 per cent of the global GDP. The extraordinary growth of metropolitan areas will also further increase the population living in informal settlements. This is an issue particularly relevant for the Latin American context, where rapid and unplanned development and urban poverty create the favorable conditions for the spread of urban slums under the partial control of organized criminal groups. In order to avoid this, governments at all levels should introduce new policies to foster the equitable economic growth of secondary cities, decrease the pressure on metropolitan areas and contribute to reduce the inequality gap.

In order to keep up with metropolitan cities, attract investments and advocate for their economic and social priorities, secondary cities have started to increase the levels of collaboration amongst each other and to reunite in systems and networks. The Cities Alliance book Connecting Systems of Secondary Cities investigates some of the alternative growth models and factors that systems of secondary cities should consider in order to collaborate and network effectively.

Regional secondary cities are usually characterized by a central business district or services hub and are surrounded by smaller regional cities, towns, and a rural population. They can have a sub-national governmental role, a mixed industrial focus on mining, manufacturing, processing, transportation and logistics, as well as a focus on services such as education, culture, religion, tourism and health. The Colombian Coffee Triangle Region (Spanish: Eje Cafetero) is an interesting example of a regional network of secondary cities. The triangle has a population of 2.5 million and it comprises the three secondary cities: Manizales, in the Department of Caldas, Armenia in Quindío, and Pereira in Risaralda. Once competing cities with economies based on coffee cultivation, the three areas have started to diversify their economies after a devastating earthquake in 1999. The specialization in different sectors – tertiary education for Manizales, industrial activities for Pereira and tourism for Armenia – together with the improvement of transport infrastructure connecting them, have created positive interdependencies, cooperation and socio-economic benefits for these previously rival cities.

Clustered secondary cities are usually positioned in the areas surrounding metropolitan centers and are often the result of the growing urban population that spills over the border of major cities to the territory of pre-existing local governments. If not properly planned and developed, clustered secondary cities can easily become unsustainable areas due to the overloading of existing infrastructure and services and the uncontrolled spreading of informal settlements. In order to avoid high peripheral-to-center dependence, dysfunctional governance, socio-economic disparities and unsustainability, clustered secondary cities must invest in hard and soft infrastructure and promote decentralized governance to create a competitive advantage. A virtuous example of clustered secondary cities is the Great ABC Region at the South-East border of São Paulo in Brazil. The region is composed by seven local governments with a total population of 2.7 million and takes the name from its three main secondary cities: Santo André, São Bernardo do Campo, São Caetano do Sul. The municipalities part of the region are highly interconnected and have a strategic position between São Paulo and the harbor of Santos. The Great ABC currently hosts 24,000 companies that employ around 26% of its economically active population, while just the 13% works in São Paulo. If the ABC region would be a city, it would generate the fourth GDP of the country just behind São Paulo, Rio de Janeiro e Brasília (Consorcio Intermunicipal Grande ABC: https://consorcioabc.sp.gov.br/o-grande-abc ).

Corridor secondary cities are formed by multiple expanded towns that have been linked along an inland or coastal transportation route in order to become a linear city. They can stretch for many kilometers through commercial, industrial or touristic corridors and they provide both commercial trade and service industries necessary to the corridor’s users. Corridor secondary cities networks can be both national and international depending on the length of the corridor, and they can also include cross-border cities that are significant hubs with trade and logistic purposes. The Southern Mercosur Economic Development Corridor between Chile, Argentina and Brazil is an emerging corridor responsible for the development and connection of multiple secondary cities such as Valparaiso, and San Antonio in Chile, Mendoza, Cordoba, Santa Fe and Rosario in Argentina, Porto Alegre, Florianópolis and Curitiba in Brazil.

The role of hard and soft connectivity infrastructure

While based on different sectors, size and geographical context, all the case studies considered above share one specific feature: a certain degree of collaboration and connectivity among the involved secondary cities. Cooperation among secondary cities, being them regional, clustered or along corridors, allow them to generate critical mass and resources to collectively share risks, conduct R&D activities, innovate, pool capital, and create value-adding products and services that would not be possible if they were existing singularly. The development of hard infrastructure in the form of transportation and ICT systems, pipelines, or logistic hubs to connect secondary cities is the first step to increase cooperation; however, it is not the only one. Soft connectivity assets in the form of regional knowledge, information and business networks, communities of interest and collaborative governance systems are also necessary factors to provide secondary cities population with the skills and competencies to ensure effective collaboration. Soft connectivity involves both virtual and physical features for the transfer of capital, ideas, information, data, customs and cultural knowledge among public institutions, private organizations and individuals. Only through the balance of hard and soft connectivity infrastructure development secondary cities will gradually manage to engage in cooperative approaches and finally work together to reduce the prosperity gap with metropolitan regions.

At Cities Alliance, we are very delighted to launch the book Connecting Systems of Secondary Cities, now available in English, Spanish, and Chinese. The themes and case studies explored in this blog are a brief snapshot of the extensive knowledge on systems of secondary cities, their development constraints and opportunities that can be found in the book.

This blog entry was originally published by Cities Alliance

Pietro Ceppi is an intern at Economic Growth and Resilience, Cities Alliance