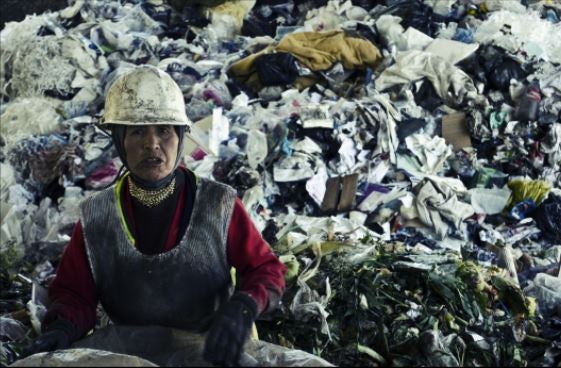 It is clear that the rate of recycling in our cities could be higher, but it is harder to find the best mechanism to achieve it.

Many policies have looked to economic solutions to incentivize a change in habits. For example, the Limpinho 3R program allows diligent users to accrue tradable points and exchange them for goods and services.  Limpinho’s financial incentives target households and citizens, and do not distinguish across recyclable materials (e.g., paper, glass, plastic). In contrast to this policy approach, consider Ecuador’s most recent recycling regime: a two dollar cents “green” tax imposed on plastic (PET) bottles.

Retail prices for non-returnable bottles now include an extra USD$ 0.02; consumers, who are ultimately the beneficiaries of the tax’s environmental benefits, bear most of the burden. Individuals can recover their money by taking bottles to government collection centers or certified sorting facilities. Yet, as is the case in most waste collection systems in Latin American, the actual collection, sorting, and exchange is carried out by formal and informal pickers (ICES has an informative post on these actors). Pickers and collectors rescue bottles from bins, households, even schools, and have an interest in accumulating volumes large enough for resale and re-purposing. Over a year after imposing the tax, officials estimate that the ton of PET plastic sells for USD$ 800—up from USD$ 300. Who, besides end consumers, can recover the value of the tax? Certified sorting and processing facilities and recycling firms can report official recycling figures to the Internal Revenue Service (SRI, in Spanish) and receive a $0.02/bottle reimbursement.

According to Ecuador’s Ministry of the Environment, in 2012 the SRI raised and kept USD$ 14 million and gave back $8 million. 1.4 million bottles entered the market during this period, of which 1.1 million were recycled—about 80% and getting close to the program’s stated goal of 90%. The tax has therefore succeeded on two scores: increased revenues and higher bottle recycling rates. In addition, the country has 16 new sorting centers and 10 new recycling firms applied for certification (according to local environmental consulting firm Sambito, there are approximately 500 recycling enterprises in the country). However, the tax has also resulted in undesired distortions. According to the SRI, more bottles are being exchanged than are being produced in the country, suggesting that plastics are entering the Ecuadorian market from neighboring countries, or that bottles are being returned twice before being officially recycled.

As is often the case with “green” fiscal regimes, defining the right price level to achieve desired economic and environmental goals is extremely difficult for government to do (see, for instance, support tariffs in the case of renewable sources of electricity). However, it is also important to ask: if the price is right, for whom? One of the explicit goals of the PET bottle tax in Ecuador is social inclusion and capacity building for local actors, not just through the creation of new enterprises but mainly through a marked increase in prices paid in the private market.

What impact does this price increase have on informal recyclers? We will share some thoughts in a follow-up post.