The process of urbanization in Latin America—the most urbanized region on the planet—has had both positive and negative effects. On one hand, the effects of agglomeration in cities such as the concentration of employment opportunities, the diversification of human capital, and massive investment in infrastructure and public services have improved the quality of life of urban dwellers. However, the access to the benefits of urbanization has not been equitable. From a gender perspective, urban inequality disproportionately affects women. For example,, according to UN Women, female salaries are on average 19% lower than male in Latin America and Caribbean, and women have a significantly higher presence in administrative positions and the informal sector. Similarly, low-income households are often led by women who tend to live in precarious housing with difficult access to basic services and transportation systems.

Although women have advanced in the public and economic sphere, gendered divisions of labor still exist and become evident in time use surveys. Women’s unpaid household labor is on average 3.5 hours greater per day than that of men in the region (Aguirre and Ferrari, 2014; Charmes, 2015). Women, particularly working mothers who are overburdened with responsibility put their physical and mental health at risk (Southerston, 2003).  For example, several working mothers have shown anxiety by being in constant rush to complete demands and coordinate multiple fragmented activities in large cities (Robeyns, 2003). This physical and mental overload affects their personal, family and professional well-being (Southerton, 2003).

Benefits of urban management with a gender perspective

Urban planning with a gender perspective not only benefits women, but also helps to improve the living conditions of people from different social groups living in cities. For example, a compact and polycentric city allows us to perform multiple daily activities—both productive and reproductive—in less time, which helps alleviate the workload for women and families. Similarly, a city that undertakes measures to improve the safety of pedestrians—such as expanded paving, sufficient lighting, and universal design—facilitates daily activities for persons with reduced mobility such as disabled and elderly people, pregnant women, mothers and families with children. Additionally, as UN Women’s Safe Cities and Public Spaces Program illustrates, creating safer cities for women, youth and girls helps strengthen social interaction in urban areas. 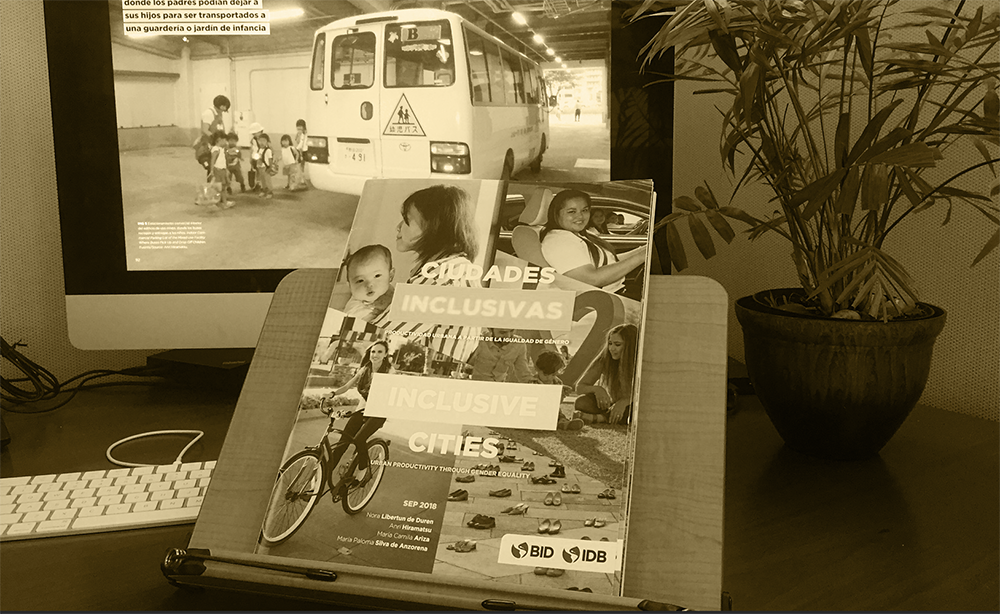 Aiming to show the benefits of urban planning with gender perspective, we developed a new publication titled “Inclusive Cities: Urban Productivity Based on Gender Equality”that compiles four case studies—Salvador (El Salvador), Nagareyama (Japan), Madrid (Spain), and Mexico—in which authorities and civil society organizations were able to incorporate the needs of women into urban planning, and women actively participated as active agents in the transformation of their communities. Here are some of the lessons learned from each of these cases:

As these studies show, an inclusive approach and a gender perspective towards urban development can bring great benefits and opportunities for a city. As expressed by Lefebvre (1996) and Harvey (2012), we all have “the right to the city” and, therefore, we are the protagonists of the change we wish to see in the cities we live in. Recognizing women as agents of change is key to inclusive and sustainable development. We hope that the experiences presented in this book encourage many more cities to incorporate a gender perspective into urbanism not only promoted by their governments, but also by their own citizens.

Charmes, J. (2015). Time Use Across the World: Findings of a World Compilation of Time Use Surveys. UNDP. Retrieved from: http://hdr.undp.org/en/content/time-use-across-world-findings-world-compilation-time-use-surveys

Harvey, D. (2012). Rebel Cities: From the Right to the City to the Urban Revolution. New York: Verso.