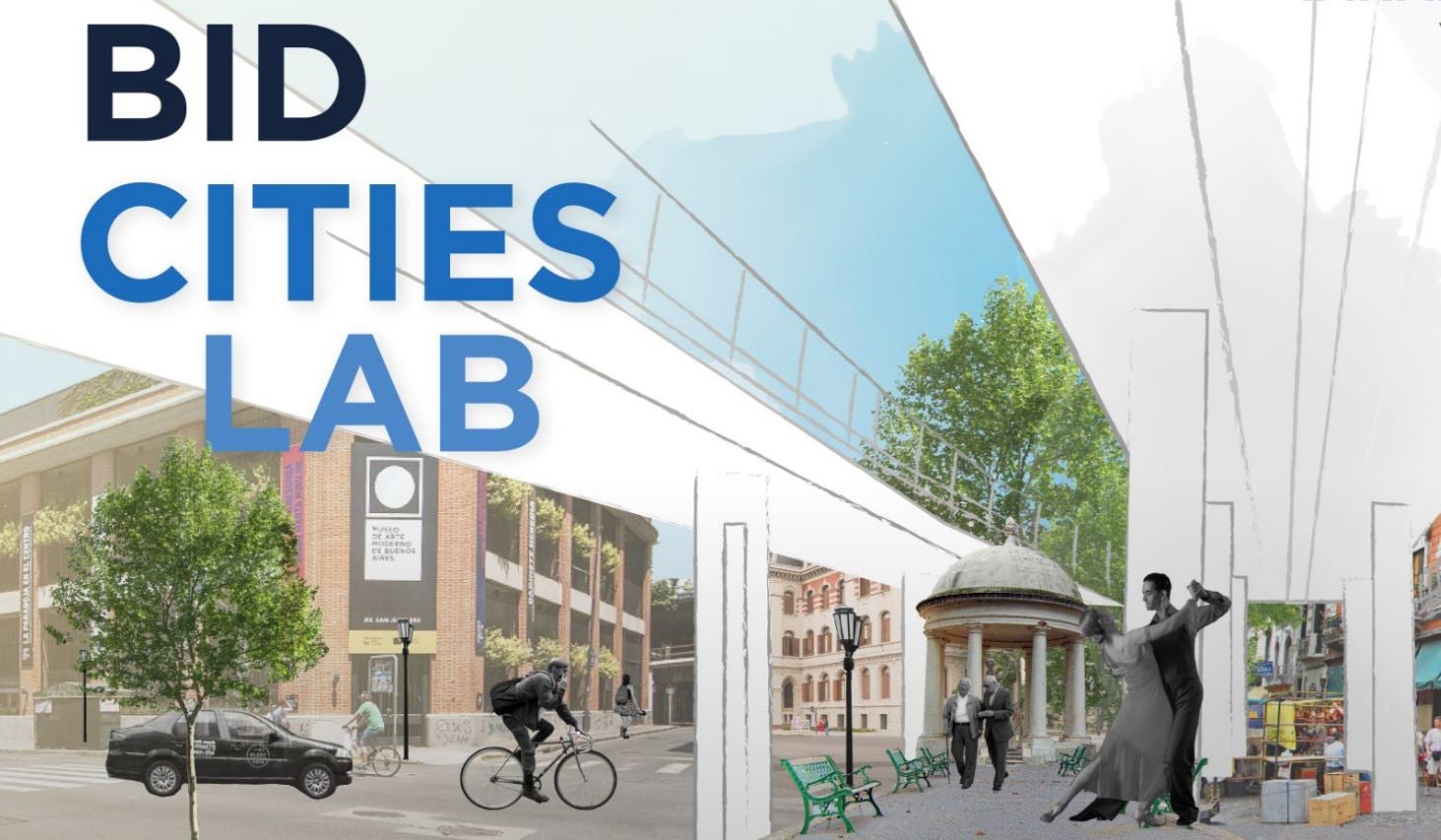 The residents of the famous neighborhood of San Telmo in the City of Buenos Aires remember a life of traditions -among tangos, fairs and curiosities- in a sector that has witnessed transcendental events in the city. They tell stories to locals and strangers about their customs, commercial activities and cultural heritage that have allowed them to build a strong identity and sense of belonging. In the 70s, the Urban Highways Plan was implemented by the Municipality of the City of Buenos Aires together with the Government of the Nation, based on the argument of the accelerated growth of the vehicle fleet in the access roads to the city. At the neighborhood level, these highways made true urban barriers, with little or no consideration regarding the spaces in which they were implemented, producing spatial and social fragmentations.

The arrival of the AU1 (25 de Mayo Highway) drastically affected the founding neighborhood of San Telmo, literally dividing it into two, destroying the traditional building fabric and breaking up the connectivity that existed in the north-south direction of the historic center. This also generated inhospitable, degraded and insecure urban spaces, without any attraction for community development despite the rich heritage and important socio-cultural activities that take place in their immediate surroundings.

To face such interesting challenges, the IDB CitiesLab university contest emerges to find creative solutions and innovative ideas for urban problems in Latin America and the Caribbean (LAC) by students, university professors and young professionals from LAC and Spain. An effort that seeks to raise awareness about sustainable development and the importance of urban memory by adding the effort of all sectors, mainly those that represent the future: universities. Enriching ourselves with the innovative and avant-garde ideas that are generated in classrooms becomes pertinent and unpostponable to put into discussion the paradigms of planning and the role of heritage.

After the success of its previous international editions (Panama City, Panama 2015 – Santa Marta, Colombia 2016 – Mendoza, Argentina 2017 – Santiago, Chile 2018 and a national edition in Natal, Brazil 2017), the IDB Cities LAB is organizing the fifth international edition of the contest, organized by the Cities LAB of the Housing and Urban Development Division of the IDB, in partnership with the Government of the City of Buenos Aires and the Spanish Agency for International Cooperation for Development (AECID). The call is part of the efforts to revitalize and enhance the historic center of the City of Buenos Aires and the new multisectoral program “Living Heritage”, promoted by the IDB and the Government of Spain.

The 2019 IDB CitiesLab edition seeks the development, in two phases, of an integral urban project: a programmatic proposal of new uses and a sustainable management model, from a participatory, patrimonial and innovative approach, for the spaces surrounding the 25 de Mayo Highway and its immediate urban environment, located in the famous San Telmo heritage neighborhood, City of Buenos Aires. The application period will be from April 29 to June 25, 2019.

The proposals received will be evaluated by a specialized jury of recognized international trajectory and by the city authorities. In September 2019, the three finalist teams will have the opportunity to travel to the city of Seville, Spain to present their proposals to the jury panel within the framework of the IV Ibero-American Forum of Mayors. The winning team will receive a prize of $5,000 and will travel to the City of Buenos Aires to validate their project, adapting it to the real context, hand in hand with IDB specialists, local technicians and the community.

In joint with the ambassadors of the contest (the renowned Argentine director of film and television Juan José Campanella and the Spanish writer, journalist and humorist Juan Luis Cano), the IDB CitiesLab Organizing Committee encourage all students, young professionals and teachers from Latin America and the Caribbean and Spain to participate in this new and exciting challenge to be protagonists of the enhancement of our heritage and the urban transformation of the region.

Do you want to transform the urban reality of a historic neighborhood? Enroll now with your team! Within the requirements, it’s important to speak fluently Spanish, in addition to be university student or young professional. Check out the website of the university contest IDB CitiesLab 2019.

Juan Pablo López Gross is a Venezuelan architect with more than 10 years of experience in innovation and social and urban and inclusion. He graduated from the Universidad Central de Venezuela with a Diploma in Public Leadership from the Instituto de Estudios Superiores de Administración (IESA) in Caracas and a Master in Applied Political Studies sponsored by the Spanish Agency for International Development Cooperation (AECID) in Madrid, Spain. Juan Pablo joined the IDB in October 2015 as a member of the Emerging and Sustainable Cities Program team, then he was a founding member of the Housing and Urban Development Division's Cities Lab and currently is as a Finance Operations Specialist at the IDB Group's Innovation Lab (IDB Lab). Previously, he was founder and operating director of the urban and citizen affairs consulting firm URBIX, Executive Secretary of the Local Public Planning Council of the Municipality of Chacao in Caracas and the youngest board member of the Venezuelan Association of Engineers and Architects. Additionally, Juan Pablo is a prominent activist, speaker and commentator on urban issues and innovation.

Tomás González Ginestet supported the Division of Housing and Urban Development (HUD) on strategic communications and social media activities, particularly for the Cities LAB and Cities Network Initiatives. He worked at the IDB Headquarters from 2016 to 2020 for the Bank’s Knowledge, Innovation and Communication Department (KIC) in matters of strategy, management and monitoring of corporate social media networks, including digital editorial processes. He possesses over six years of working experience in both private sector and international organizations, such as, the Food and Agriculture Organization (FAO) and Asociación Latinoamericana de Integración (ALADI). Tomás, of Argentine citizenship, holds a Master of Arts in Social Sciences in the Global Studies Program from the Albert Ludwig University of Freiburg, Germany, and also holds a Bachelor’s degree in Social Communication from Universidad Austral in Buenos Aires, Argentina.