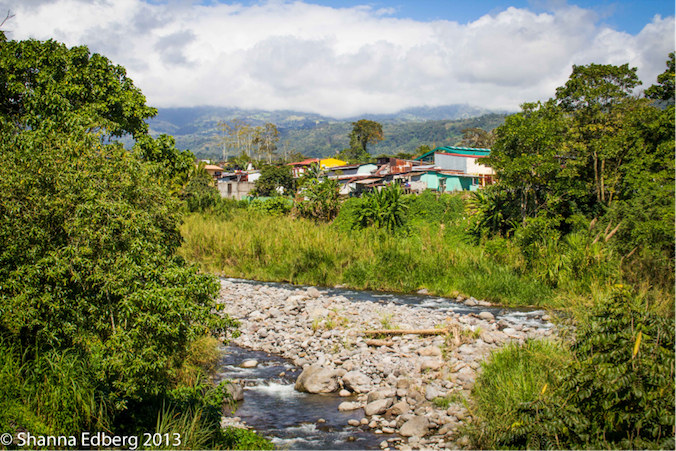 Imagine if your city was flooded in a storm, and 80% of the land in your entire province was left under water. This nightmare occurred in reality in the Mexican state of Tabasco in 2007, when three days of nonstop rains caused a flood that lasted for 100 days in the city of Villahermosa. After the waters subsided, the total flood losses cost the state of Tabasco almost a third of its GDP.

Unfortunately, this is not an unimaginable scenario in the future of other Latin American cities. There are two global trends that are relentlessly combining into a very dangerous situation for floods: more people moving to cities on the coast, and climate change.

From 1995 to 2005, the number of people living on the coast increased by 35%, and the number of megacities located in the coastal zone increased from 2 in the 1950s to 15 in 2010.[1] Furthermore, global warming has caused the sea level to rise and the evaporation rate to increase, which sucks more water out of the soil and speeds land degradation even as the extra water vapor in the atmosphere unleashes heavier storms and more concentrated rainfall.

Flooding is already the most frequently-occurring natural disaster. The combination of these trends in evaporation and the human population will cause floods to become an even more dangerous phenomenon.  Global flood losses are projected to multiply from $6 billion per year in 2005 to $1 trillion per year in 2050.[2]

In Mexico, the three most flood-prone cities in the country are Villahermosa in the southern state of Tabasco, Veracruz on the eastern coast, and Tapachula in Chiapas[3]. Until the mid-1990s, flooding in Villahermosa, Veracruz, and Tapachula had occurred regularly—once every two years or so—with minimal destruction. But starting in the late 1990s and continuing until today, both the number of floods and the damage caused by them surged dramatically. In addition, each city’s population grew at a much higher rate than predicted, which placed many more people in harm’s way. Throughout the 2000s, as the economic growth, human development, and the population of these cities swelled, they simultaneously suffered a spate of devastating floods.

It is interesting to note that Tapachula and Veracruz both dealt with comparable numbers of floods in the past decades, yet Tapachula has suffered more than twice the number of damages as Veracruz.[4] It is possible that Veracruz’s high level of human development and relative wealth acted as a buffer against severe flood losses, perhaps because of better building construction or increased ability to cope and recover.

Other studies have found a similar connection between flood vulnerability and socio-economic conditions. For example, in a floodplain community in Bangladesh, poverty, inequality, and lack of access to land were linked to the level of suffering households faced when a flood hit.[5] These findings may point us to potential solutions.

In Tabasco, a number of strategies were implemented following the devastation of 2007: relocation of families to higher ground, building new flood defenses such as spillways and sandbags, and a reforestation program.

So an important question that surges is, as emerging cities grow, how can they incorporate flood risk management? What will make their growth more resilient and sustainable?

Do you have any information on successful efforts to help cities that are confronting flooding? Tell us!

Shanna Edberg is a Junior Professional Associate at the Global Environment Facility, a trust fund that works with the IDB and other organizations to improve the global environment. She recently graduated from Johns Hopkins SAIS with an M.A. in Latin American Studies & International Economics. Her prior experience includes work on REDD+ projects, urban sustainability advocacy, and climate change research.

[4] Determined by the number of houses damaged or destroyed.