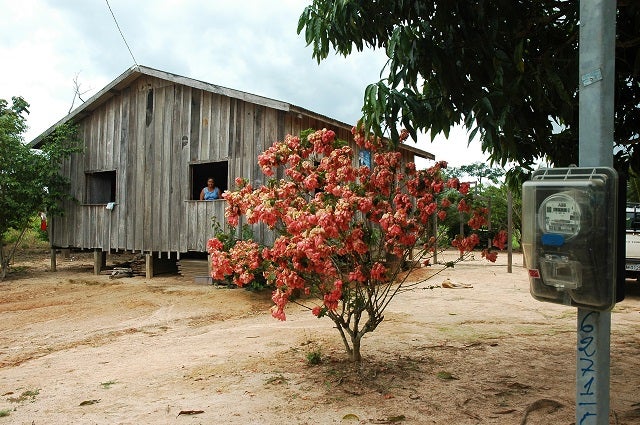 Rural-urban migration has fueled the growth of emerging cities in Latin America and the Caribbean, like Goiânia, Brazil (1.3 million) and Cochabamba, Bolivia (1.5 million), putting stress on urban infrastructure and water and energy resources.

The United Nations initiative Sustainable Energy for All (SE4ALL) has three goals – to provide universal access to modern energy, increase energy efficiency, and double the use of renewables – all by 2030, and it is the first one, universal energy access, that could propose an interesting solution to help mitigate the impact of such rapid growth of the region’s urban areas.

How are the SE4ALL goals linked to urbanization?

Consider this question: If there were universal access to modern energy, health services, water, transport, and education, would rural populations be less likely to migrate to cities?

By 2012, the Latin American and Caribbean region had achieved 95% electricity access, the highest of any developing region in the world. At the recent SE4ALL United Nations Forum, Inter-American Development Bank President Luis Alberto Moreno announced that Sustainable Energy for All in Latin America and the Caribbean (LAC-SE4ALL) would help countries plan how to achieve universal access. He explained that,

“our region is a living paradox. On the one hand, we know that Latin America and the Caribbean is blessed by being rich in energy resources. However, on the other, around 30 million people still lack access to electricity.”

These 30 million contribute to rural-urban migration patterns, as people move in search of living conditions that provide dignity and opportunity. Could better services in rural areas help to create and/or recover rural economies, as a result, preventing migration?

Although poor rural populations migrate to the city for greater opportunities, unless they have a job, they often move from conditions of poverty to conditions of extreme poverty. Many migrants live on the margins of cities in informal housing settlements, areas that are prone to disease outbreaks and often lack basic security. Access to modern energy and other basic services will translate into better job opportunities in rural areas, which could prevent increased migration and even promote reverse migration.

To support the goals of achieving universal access, President Moreno announced “the IDB will lead an effort to ensure that all Latin American and Caribbean countries have detailed National Plans for Universal Access to Modern Energy by 2019.” This effort will provide countries with the knowledge and funding to create successful rural electrification programs and to confront the difficulties of providing services in isolated areas. The IDB will support and encourage countries to generate investment plans for universal access through the use of information systems such as GIS and to optimize investments and design solutions that maximize existing renewable resources in each country. Countries must clearly and objectively define how they will achieve universal access by 2030.

So, how could universal access to energy help our cities?

Here’s an example. In 2003, the government of Brazil launched the Luz para Todos (Light for All) program, which reached 15 million people in rural areas by 2010. The rate of rural households with electricity increased from 71% in 2000 to 92.6% in 2010. With this increase came not only a decrease in urban-rural migration, but in some cases even reversed migration flows back to rural areas. Just imagine if the 30 million people lacking access to energy in the region could be reduced to 0, and with it there was a decreased burden on our urban areas.

By applying the lessons learned in successful programs like Luz para Todos, the Latin American and Caribbean region can achieve the United Nations SE4ALL goal of universal access by 2030. “To reach the final 5% there is still a great distance to go. This challenge will require renewed commitment to this effort and to innovative solutions to reach Universal Access,” explained President Moreno. The IDB is committed to increasing renewable energy projects in the region, a goal that goes hand in hand with reaching universal energy access given that, for many rural areas, renewable energy is their most viable source of electricity. In human terms, these goals represent an improved quality of life and increased opportunity, especially for rural populations.

Alice Driver works in communications for the Sustainable Energy for All in Latin America and the Caribbean (LAC-SE4ALL) initiative.  In 2012-13, Dr. Driver was a postdoctoral fellow at the Universidad Nacional Autónoma de México in Mexico City.  She is a writer who explores issues of gender, women’s rights, and human rights with a focus on Mexico, and her work has been published by Al Jazeera, Salon, Ms. Magazine, and Women’s Media Center. Her book “More or Less Dead: Feminicide, Haunting, and the Ethics of Representation in Mexico”, is forthcoming with the University of Arizona Press in 2015.  Follow Alice on Twitter