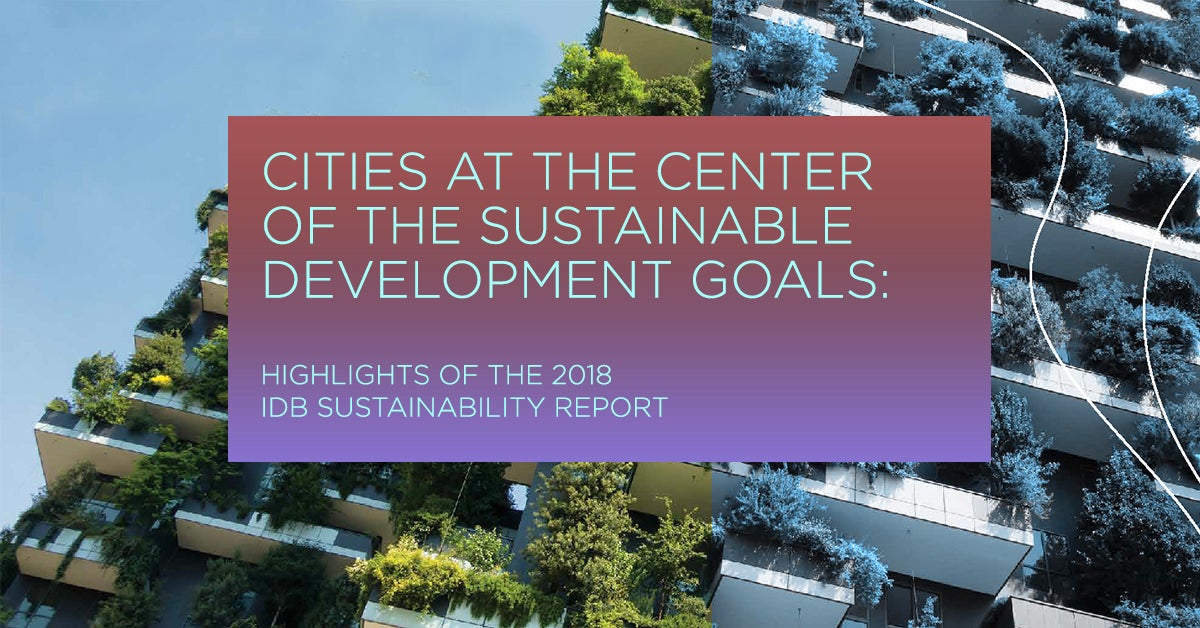 Construction projects, mainly in cities, have made sand the most consumed natural resource on the planet after fresh water. Each year more than 30 billion tons of sand are consumed, an amount that would take 20 million concrete trucks to transport[1]. As a result, almost a quarter of the planet’s beaches and wetlands show the effects of the massive extraction of sand[2], a predicament which has increased cities’ vulnerability to flooding. This situation clearly illustrates the relationship between consumption in cities and consumption of natural resources. It also reflects the importance of involving municipal authorities – who ultimately authorize building permits and oversee zoning – in the search for solutions.

Unfortunately, cities have often been left out of international debates on sustainability, despite the fact that public services – city planning, waste removal, drinking water, drainage and sewerage, street lighting; parks, transit, and citizen security – are generally municipal mandates although they have been the main focus of the international community’s efforts to realize sustainability. City action is especially critical given that cities consume 64% of energy and are responsible for 70% of greenhouse gas emissions.

The good news is the participation of mayors is deepening the debate on sustainability and extending it beyond a nation-state exercise. The global community indeed recognized the power of cities in 2015 when UN countries adopted the Sustainable Development Goals (SDGs) which includes a specific SDG for sustainable cities (SDG 11 – Making cities and human settlements inclusive, safe, resilient and sustainable).

The IDB Sustainability Report 2018 focuses on models to implement the cities SDG, a commitment that does not seem possible to achieve globally if the intervention of local governments is not taken into account. As the former UN Secretary General, Ban Ki-moon declared, “our struggle for global sustainability will be won or lost in the cities [3].” Beyond urban issues, the IDB report also highlights the IDB’s institutional commitment to climate change action and that financing related to climate change has increased nearly three times since 2015.

The report highlights nine IDB projects’ alignment with the ten urban goals of SDG 11 (see interactive map below). Many of the sustainable projects in cities were led by the IDB’s Housing and Urban Development Division and a large number exceeded the recommendation of having 30% of their budgets aligned with climate change (the interactive map contains the percentage for each project). For example, the Program to Strengthen Urban Development and Reform Land Use supports Mexico to integrate sustainable land use policies into its national regional planning strategies. The report also recognizes projects that support sustainable construction practices such as the Urban Upgrading and Citizen Security Program of Vitória, Brazil, which will convert the municipality’s City Hall into a green building.

The report shares findings of research and policy dialogue on the topic of urban sustainability, including  15 publications on all aspects of SDG 11:

The Sustainability Report provides insight into how the IDB is integrating sustainability into its projects across multiple sectors and how these trends are improving urban policy on the ground. In so doing the report reveals how the IDB continues to be, in the words of the Brazilian urbanist Jaime Lerner, a “key partner of the region’s cities.” I hope you will join us in both supporting urban sustainability and the role of city governments in implementing the SDGs in Latin America and the Caribbean. This is all the more important given that half of all 169 SDG targets have an urban dimension.[4]