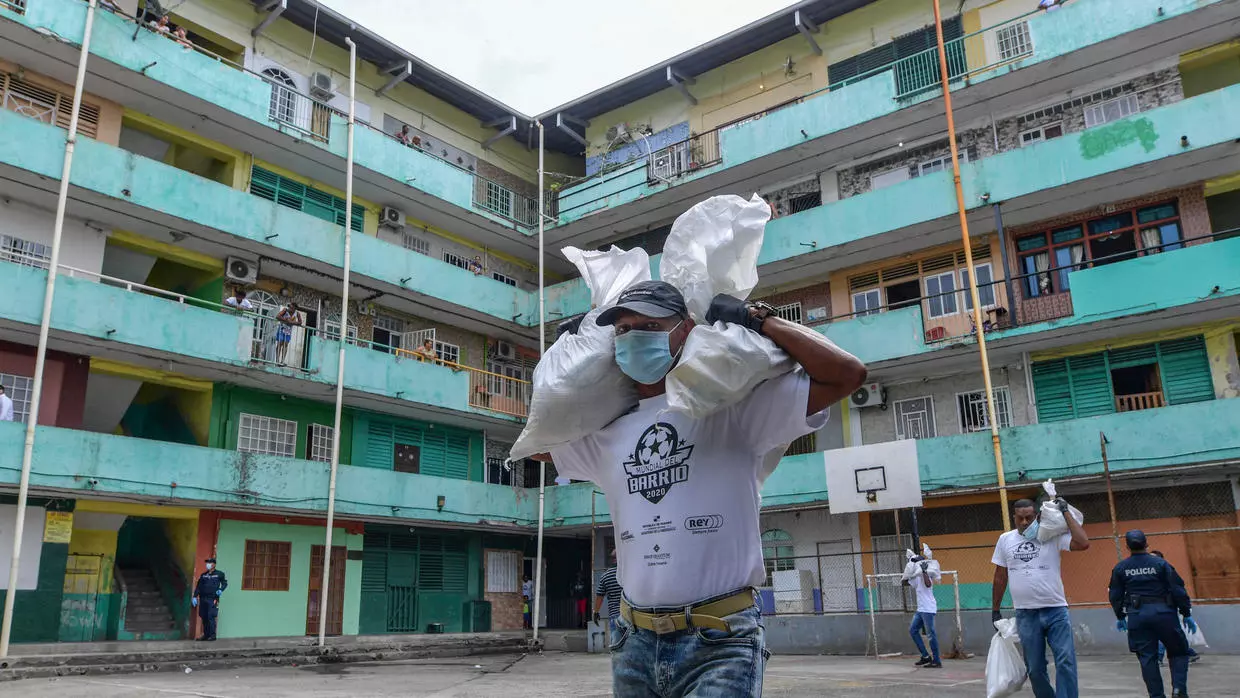 On March 11th, 2020, the World Health Organization (WHO) classified the new Coronavirus or nCoV-2019 as a pandemic. In Latin America and the Caribbean (LAC), thousands of confirmed cases have already been reported, in almost all the countries of the region, and an increasing number of deaths. The number of cases, the number of deaths and the number of affected countries is expected to continue to increase. Hygiene, social distancing and isolation measures are essential aspects as a public health response to stop the spread of the epidemic. However, the implementation of these measures is an especially difficult challenge for a large percentage of the vulnerable population living in informal settlements, where overcrowded conditions lead to the transmission of diseases[1], such as asthma[2].

Worldwide, 863 million people in developing countries live in informal settlements[3]. They also cannot count on the possibility to wash their hands frequently because they do not have safe water, and neither do they manage waste properly because their neighborhoods do not provide sanitation solutions. At the present time, a large part of this population is faced with the choice between social isolation or hunger since they live on what they earn daily. In these neighborhoods, vulnerable populations such as migrants, women, and other groups such as disabled persons, indigenous peoples, people of African descent, and LGTBQ+ people are often overrepresented.

They also cannot count on the possibility to wash their hands frequently because they do not have safe water, and neither do they manage waste properly because their neighborhoods do not provide sanitation solutions. At the present time, a large part of this population is faced with the choice between social isolation or hunger since they live on what they earn daily. In these neighborhoods, vulnerable populations such as migrants, women, and other groups such as disabled persons, indigenous peoples, people of African descent, and LGTBQ+ people are often overrepresented.

Epidemiological models predict that the impacts of COVID-19 will be particularly high in informal cities[4] and there will be a major impact on income that will specially affect the poorest groups that depend on day-to-day labor activities, largely informal, to sustain their consumption. Furthermore, the epidemiological models also foresee less effectiveness of traditional containment measures in these settlements[5], public policy managers must think of alternative and different responses for these areas.

Coverage areas of urban policy for policymakers during the crisis:

Below are ten lines of action and twenty concrete measures for taking action ordered according to two stages: emergency and recovery. In the first place, emergency management allows contagion to be controlled so that the cost in terms of the quality of life of informal city residents are as low as possible. Subsequently, recovery measures are aimed at the many people who will be in situations of economic vulnerability as a result of isolation and the social costs of losing family members.

Lines of action and key measures for the emergency

To respond to the emergency, we developed five key lines of action, each one with concrete measures and deliverables that can help control the contagion and the reaction in the neighborhoods:

Lines of action and key measures for recovery

Once the emergency period is finished, informal neighborhoods will face the challenge of reactivating productivity and reacting to the multiple consequences of confinement. To work during the recovery stage, we determined five key lines of action, each one with concrete measures and key deliverables that can help reactivate the local economy and navigate a period of partial isolation, in which a secure transition to normality is key.

[3] According to a document from the Development Bank of Latin America (CAF), a third of the population in developing countries lives in informal settlements, whose population has increased from 650 million in 1990 to 863 million in 2012 (Alves, 2018). For Latin America, Para América Latina, this is 21.1% of the urban population as reported by UN-Habitat in 2014 (Fuente: Open Data from UN Habitat Global Urban Observatory). Likewise, the IDB technical note 604 reports that 60% of the region’s por live in informal settlements (Brakarz y Jaitman 2013 ).

[5] Adiga et. al “Disparities in spread and control of influenza in slums of Delhi: findings from an agent-bsaed modelling study”, BMJO 2017.

Felipe Vera Sector Specialist from the Housing and Urban Development Division of the Inter-American Development Bank. He works in Chile and Argentina for programs to improve slums, urban revitalization of central areas, sustainable infrastructure, metropolitan governance and sustainable housing. Previously, he was an associate researcher and visiting professor at the Harvard Graduate School of Design and director of the UAI Research Center for Ecology, Landscape and Urban Planning in Chile. He is the author of the books' Kumbh Mela: Mapping The Efhemeral Mega City '(2014),' Andrea Branzi: Ten Recommendations for a New Athens Charter '(2015),' Rahul Mehrotra: Dissolving Thresholds' (2015) and 'Ephemeral Urbanism Cities in Constant Flux '(2016) "Housing: What's Coming?" (2018) "Building Metropolitan Governance: The Case of Chile" (2019), "Immigrating: Strengthening Destination Cities" (2020). He trained as an Architect and Urbanist at the University of Chile (2009) and has an MDeS in Urbanism, Landscape and Ecology from the Harvard Graduate School of Design (2013) and a Master in Real Estate Project Management from the University of Chile (2010). He has also received many Awards, including the Adolfo Ibáñez Award for Outstanding Research Achievements (2016), the Academic Committee Award at the Shenzhen Biennale of Architecture and Urbanism (2015), various research grants, Fulbright, Chile Scholarships, ITEC Fellowship and the Mario Awards Record for the best student of undergraduate (2009) and Jaime Bendersky for the best designer (2009) at the University of Chile.

Paloma Acevedo is an economist, Specialist in Evaluation and Urban Development in the Argentina office of the Inter-American Development Bank where she works on projects to improve vulnerable neighborhoods. He has a doctorate in Economics with a specialization in Public Policy Evaluation from the Complutense University of Madrid and a Master's degree in quantitative economics from the Center for Monetary and Financial Studies (CEMFI). Before working at the IDB, he was a Monitoring and Evaluation Specialist at the World Bank working in the Office of the Chief Economist of the Human Development Sector and in the Research Department. Throughout these years, he has supported a multitude of project teams in the development of impact assessments to inform the public policies of governments around the world, some of which have been published in prestigious journals.