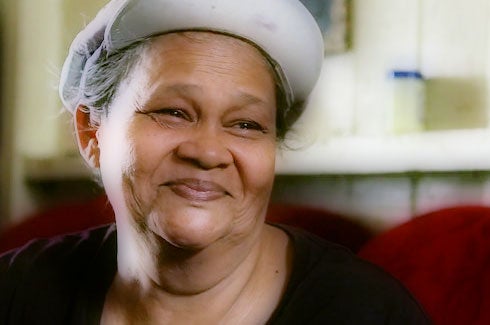 Did you know that as of 2005, nearly a quarter of residents of the capital region of Guyana were at risk of suffering lymphatic filariasis, an illness that causes permanent swelling in body extremities? This painful condition is locally known as “Goadie” and “Big Foot,” but what causes it?

Lymphatic filariasis is a disease classified as a Neglected Tropical Disease (NTD) due to its continued existence in only a few regions of the world. This disease is transmitted when an infected mosquito bites a person and injects him or her with thread-like filarial worms. These worms multiply inside the body until they ultimately block or destroy the infected person’s lymph vessels, potentially resulting in extreme swelling and constant pain.

Guyana is one of four countries in the Americas, along with Haiti, Brazil, and the Dominican Republic, where people are still at risk of being infected with lymphatic filariasis.  However, the Guyana Ministry of Health, Guyana Water Inc. (GWI), and their international partners are implementing a project pioneering an “integrated” model that addresses lymphatic filariasis and other diseases using a combination of interventions from the health, education, and water and sanitation sectors.

The project is making improvements to Guyana’s sewage system and financing additional training for GWI staff. These activities are intended to bring down the number of culex mosquitoes, which carry filarial worms, by reducing the amount of standing water where mosquitoes live and breed. Additionally, the project organizes campaigns to distribute free and effective tablets that kill filarial worms before they cause irreversible damage, and also eliminate other parasitic worms.

The study also reveals that the percentage of the population with lymphatic filariasis has decreased from 20-50 percent in 2005 to 3.6 percent in 2014. The book reports that the outreach of the project in Guyana has increased significantly since its first year and that the deworming campaign conducted in late 2013 and early 2014 reached approximately 72 percent of the eligible population, a substantial increase from the 53 percent of the population that received deworming tablets during the first campaign.  This effort was supported by en education and awareness campaign managed by volunteers who went door to door teaching about methods aof illness prevention.

Taking all four projects into account, It Can be Done argues that an “integrated” approach is the most effective and sustainable way of combating Neglected Tropical Diseases like lymphatic filariasis and intestinal parasites.  The book highlights a number of important lessons for other programs around the world, stressing that significant time and energy should be invested into coordination between implementing partners and to inform the general public about the benefits of receiving deworming tablets. It also contends that additional advocacy is needed to increase the resources and political will for controlling and eliminating neglected tropical diseases.

Thanks to the hard work of the Guyanese government, volunteers that distribute deworming tablets and international partners such as the Global Network for Neglected Tropical Diseases, the Pan American Health Organization, and the Inter-American Development Bank, Guyana is making progress towards eliminating lymphatic filariasis and reducing the harm caused by intestinal parasites.  This effort can only be successful, however, with the cooperation of ordinary citizens who need to take the deworming tablets every year, protect themselves from mosquitos, and practice good hygiene.

If everyone continues to do their part, residents of Guyana will no longer have to worry about suffering from Goadie and Big Foot.  Read more about these and other Neglected Tropical Deseases by downloading the publication.

Jonathan Cali is a consultant in the Division of Social Protection and Health (@BIDSPH) at the Inter-American Development Bank working on neglected tropical diseases and health systems.