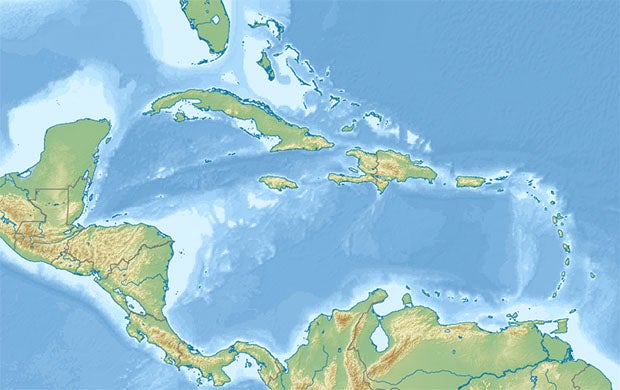 Despite the existence of several successful housing programs in the Caribbean, governments and the private sector have not produced enough housing units to accommodate the growing population. Today, many households cannot afford even the cheapest units produced in the formal private sector and most public sector housing. Faced with this situation, residents are increasingly paying larger amounts of their income to cover formal housing or opting for informal housing where over five million residents live in the twelve countries represented in the Caribbean Association of Housing Finance Institutions (CASHFI). In Jamaica alone, nearly 20% of residents live in slum conditions.

Supported by the IADB and the National Housing Trust, representatives from CASHFI countries convened in Kingston earlier this month to assess current housing policies and to discuss new policy directions. Several of the points elucidated in the conference align with the new direction of the Inter-American Development Bank (IADB) in housing and urban development. Two strategies outlined in the new IADB Urban Policy known as the Urban Development and Housing Sector Framework Document (2013) particularly resonate in the Caribbean region.

An early experiment in state housing: the Duhaney Park development in Kingston built in 1963. Photo Courtesy of James Willamor via Wikimedia Commons

The IADB will pursue a variety of new, more innovative housing models to provide “complete” and “incremental” housing solutions, encompassing the construction of new low-income homes to the support for progressive improvement of housing, land tilting, and public spaces. This emphasis derives from the assessment in the Urban Policy that the Bank’s support of national entities to build subsidized public housing “turned out to be highly regressive, since it mostly benefited middle-income segments and failed to reduce the growing housing deficit.” Looking ahead, the IADB will pilot models such as micro-mortgage, rent-to-own, and core house construction that could produce large impacts in the Caribbean. The rent-to-own model, for example, could provide access to new, developer-built homes by incorporating innovative rental schemes that allow families to build payment histories while saving capital to make down payments on mortgage loans. These proposals are described in two recent IADB studies, Many Paths to a Home (2014) and Rental Housing Wanted: Policy Options for Latin America and the Caribbean (2014). These models are still in the early stages of development and growth and it will be critical to evaluate how scale could be reached and the social impact of these operations.

Participants in the CASHFI Conference urged new development to take into account the rising sea-levels and increasing severity of hurricanes in the Caribbean. According to a damage and loss assessment released by the Jamaica Institute of Planners, flooding, tropical storms, and hurricanes produced approximately US$1 billion in damages from 2001-2010. The fact that over 70% of residents in the Caribbean reside in coastal areas heightens vulnerability and underscores the importance of improving development standards to cope with potential threats. The IADB is committed to resolving the Caribbean’s housing deficit in ways that reduce rather than amplify the carbon footprint of housing and urban development. Currently the IADB’s Emerging Sustainable Cities Initiative is assisting Bridgetown, Montego Bay, Port-of-Spain, and the Caracol/Terrier Rouge/Trou-du-Nord/Limonade urban area in Haiti to (1) measure vulnerability to climate change and (2) to reduce disaster risk and promote more efficient use of water and energy in housing. The IADB is also funding research on the use and effectiveness of coastal setbacks and supporting Barbados’ Coastal Risk Assessment and Management Programme (BA-L1014).

Towards a Caribbean urban agenda

Though the conference was billed as a forum on housing issues, participants debated a much larger set of issues that have accompanied the region’s growing urbanization. Caribbean urban sprawl, security, downtown revitalization, intra-urban inequality, building code revisions, parking regulations, and workforce development permeated the CASHFI Conference, underscoring the need for a distinctively Caribbean urban policy dialogue. Many countries in the CASHFI membership shared policy lessons forged from climatic vulnerability, relatively centralized political systems, and small land areas. These debates will only grow in importance as the region’s cities grow. Currently the Caribbean’s urban population is growing two to three times faster than the current average in South America. While countries like Chile (88% urban) or Uruguay (95%) have already experienced their urban transition, only 45% of residents in CASHFI countries live in urban areas. Jamaica’s population will grow at an even faster rate in the future: while slightly over half of Jamaica’s population is urban, by 2050 two out of three Jamaicans will live in cities.

Percentage of total population in urban areas in Latin America and the Caribbean, 1950-2050

Urbanization in the Caribbean will be accompanied by a range of benefits, but also will increase pressures on already stressed urban infrastructure and public services. Urban management will be on the frontlines of national development and, as the United Nations Population Fund foresaw in its State of the World’s Population (1996), “the growth of cities will be the single largest influence on development in the 21st century.” The discussions in CASHFI, along with the annual Caribbean Urban Forum (CUF), the establishment of the Caribbean Planning Association, and the growth in research directed by the Caribbean Network for Urban and Land Management, all indicate an upsurge in Caribbean-focused urban policy dialogue. Though there are many unanswered questions in these debates, particularly given the diversity within the Caribbean itself, we can all agree on the starting point for the discussion. The future of the Caribbean will be urban.

Michael G. Donovan is a Senior Urban Development Specialist at the Inter-American Development Bank where he oversees several of the IADB’s low-income housing and urban revitalization projects.