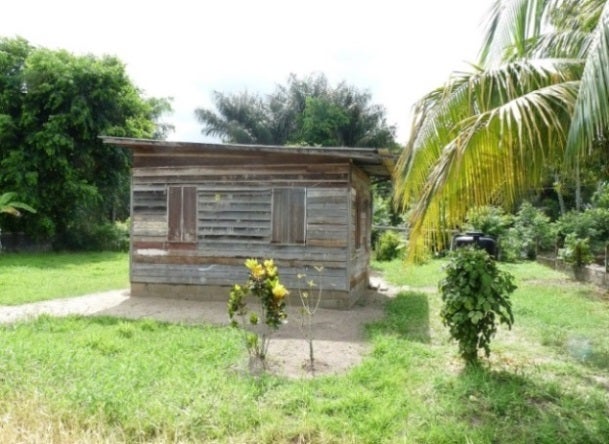 The second Low Income Shelter Program (2259/OC-SU) is supporting the Government of Suriname in improving living conditions of low-income households. This is being achieved either by facilitating access to a new house (core house or core house plus lot) for beneficiaries who can afford a mortgage or by providing funds for housing improvements for those who cannot access mortgage financing. During the program design, it was determined that the need of the households with a maximum per capita income of US$85 would be supported by setting up a new core, or supported by renovating an existing house.

One of the beneficiaries who enjoyed a second LISP subsidy of US$3,000 was a single parent, Mrs. O.N., who is still paying off a mortgage on her house. Mrs. O.N. is a primary school teacher who lives with her three children (two sons and one daughter) who are  in high school. Mrs. O.N. was dissatisfied that the house did not have a room for her teenage daughter, who had to share a bedroom with her two brothers.  After her mortgage payment is made, the remaining part of Mrs. O.N.’s salary is spent exclusively on household expenses, leaving no money for improving her house (such as an expansion of her house). Not only that, but her mortgage prohibits her from applying for other types of loans that would help her to invest.

One day in 2013, Mrs. O.N. heard about the second LISP and applied for a subsidy to expand her house. After submitting required paperwork to “De Nationale Vrouwen Beweging”, one of the non-governmental organizations with whom the Low Income Shelter Foundation has partnered, she waited patiently for a response to her application. Within eight weeks, she received the good news that her application was approved. The program enabled Mrs. O.N. to add another bedroom to her house so that her daughter could have her own room. If it were not for the program, the family would still be living in an unhealthy environment for the daughter to grow up in.

The dream that Mrs. O.N. has had for years, having an improved living condition for her daughter, has materialized through the second LISP.

The impact of this program is to provide affordable housing solutions and to improve health and welfare conditions. To date, the program has provided 2,290 subsidies to beneficiaries, of which 87 were for new core housing, 2,152 for home improvements and 51 for home expansions.

In addition to the aforementioned results, the program now also implements housing solutions for the hinterland communities through a participatory process.

Living conditions of these communities will improve tremendously given that the beneficiaries are the poorest of the poor.

Photo credit by Lucas Hoepel, Situation after works have started up