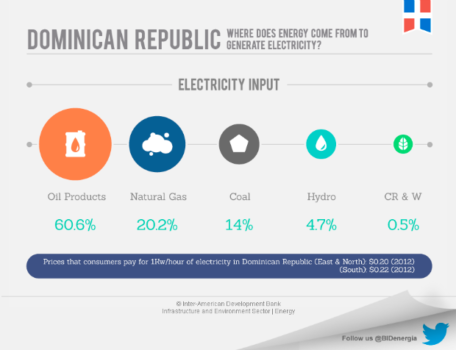 Dominican Republic – Energy Matrix & Regulatory Framework With a gross domestic product (measured at PPP) of USD 90 billion and a population of 10.3 million people, the Dominican Republic is the largest economy in the Caribbean and has the largest population after Cuba. Its energy matrix is dominated by the import of fossil fuels as primary sources (crude oil, natural gas … END_OF_DOCUMENT_TOKEN_TO_BE_REPLACED