Cassandra Rogers is the Inter-American Development Bank’s (IDB) Group’s Country Representative in Belize, where she is responsible for managing the Bank’s dialogue with Government authorities and the private sector, country strategy preparation and programming, and execution of the Bank’s operations in Belize. Previously, she served as Senior Specialist in Disaster Risk Management at the IDB, where she oversaw the preparation of the Bank’s operational policy guidelines for disaster risk management and was a key actor in the development of its integrated risk management and finance strategy. As Lead Specialist in Disaster Risk Management, she supervised the design and implementation of the Bank’s loan and technical assistance program in comprehensive risk management and coastal zone management in the Caribbean, that combined natural capital, climate change and risk reduction to provide climate-resilient coastal solutions for vulnerable Caribbean states; and was a core member of the IDB’s Biodiversity and Ecosystems Services Program. Before joining the IDB, she was Project Manager of the Disaster Mitigation Facility for the Caribbean at the Caribbean Development Bank (CDB), where she led a five-year program to strengthen the disaster mitigation capabilities of the CDB and its borrowing member countries, including a flagship initiative to mainstream risk reduction in the development project cycle. Prior to this, she was Lecturer in Engineering Geology and Hazard Management in the Department of Civil Engineering at the University of the West Indies, in Trinidad and Tobago. A Fulbright Fellow, Dr. Rogers earned a Master of Science and Ph.D. in Engineering Science-Civil Engineering, with a specialization in Geotechnical Engineering, from the University of California, Berkeley. She also holds a Master’s degree in Geology from the University of Windsor, in Canada, and an undergraduate degree in Special Geology from the University of the West Indies, in Jamaica. She is a citizen of Trinidad and Tobago. 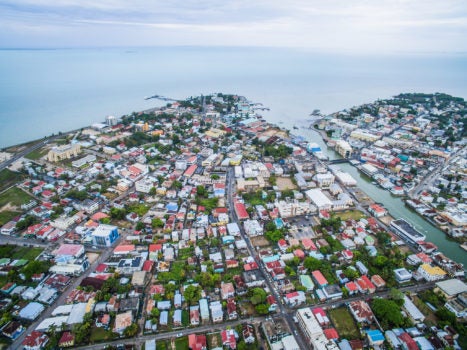 Belize has been described by many as a country with one foot in Central America, and one foot in the Caribbean. This unique nation, rich in natural resources, shares several comparative advantages and development challenges with its neighbors in both regions. Since 1992, when Belize joined the IDB, we have been working in close partnership with the people of Belize to overcome … END_OF_DOCUMENT_TOKEN_TO_BE_REPLACED 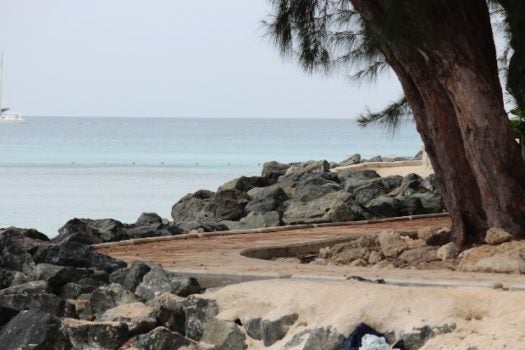 Barbados is said to be a smile wide. This smile has gotten broader for locals, business owners, tourists and other visitors to the West Coast of the island following the completion of the second phase of the Inter-American Development Bank (IDB)/ Coastal Zone Management Unit (CZMU) funded coastal resilience project. … END_OF_DOCUMENT_TOKEN_TO_BE_REPLACED