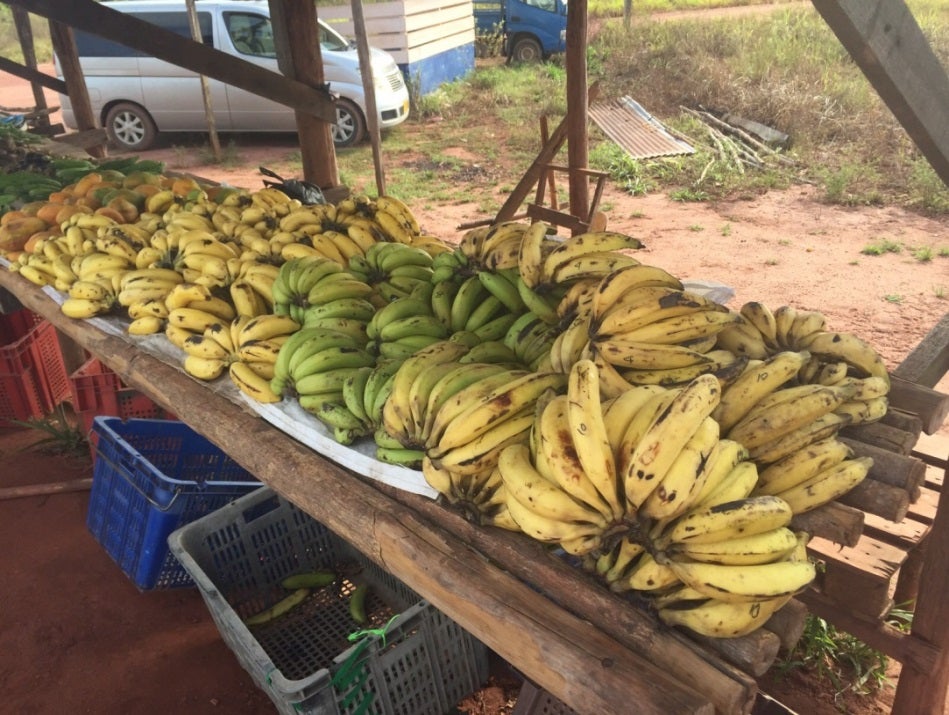 The Producer Support Estimate (PSE) study for the Caribbean Region has begun! This study, which covers the full Caribbean cohort of the Inter-American Development Bank (CCB – The Bahamas, Barbados, Guyana, Jamaica, Trinidad and Suriname), will look at the magnitudes and structure of government policies and provide recommendations to promote a sustainable and competitive agricultural sector.

The round of country visits to engage the government and other counterparts on the data requirements began with Suriname and Guyana. For the former, this year’s study will serve as an update of the last one completed in 2013, while Guyana will be reviewed for the first time.

The last PSE study completed in Suriname left much to be anticipated for the new study. The 2013 report revealed that the total budget of the Ministry of Agriculture, Livestock and Fisheries (LVV) showed significant fluctuations in the last six years. The fiscal position of the Government had also deteriorated from a surplus in 2008 to a deficit of 2.9% in 2010.  As a result, the Ministry of Agriculture faced budget cuts and its overall budget was reduced from SRD 120 million ($34 million USD) in 2009 to SRD 68 million (19 million USD) in 2010 and SRD 67 million in 2011. The cuts mainly affected the programme budget, while administrative costs showed slight increases as a result of growing staff costs. Consequently, transfers to the agricultural sector from the Ministry’s budget diminished between 2009 and 2011. In the last study it was foreseen that the level of programme spending will revert to pre-2010 levels as of 2013.

On specific commodities, rice, which is one of the most important exports, has been the subject of various policy measures, including direct payments to producers, fuel subsidies, export taxes, and government support to irrigation, water management, access to inputs and rice research. The policy objectives of the Government for the rice sector include the improvement of infrastructure, access to inputs, higher levels of product quality and increased access to finance for producers and processors. These “concessions”, however, were not replicated for other commodities.

Poultry took a different spin.  Given the sector’s high dependency on imported feed, in the early 1990s farmers were confronted with limitations to the availability of foreign exchange to finance chicken feed and medicines, which together constitute the main cost component of poultry production. This in turn resulted in scarcity of poultry meat and high consumer prices. In order to ensure the availability of affordable chicken for the population, the Government lifted the import ban for poultry meat and the first bulk of leg quarters was imported in 1992. This resulted in benefits for consumers who pay lower market prices for poultry, also in comparison to other countries in the region that maintain high protection levels for poultry (such as Jamaica, which has in place a 260% tariff and Guyana which has 100% ). The growing demand for lower-priced imported chicken was reflected in a solid growth of the share of imported poultry meat. In 2009, the share of total poultry consumption covered by imports had increased to 69%, while in 2011 this had grown to 73%, meaning that only 27% of total consumption was still covered by domestic production.

In addition to the structure of agricultural policies, this year’s regional study also examines the entire value chain for specific products. For this reason the preliminary results foresee a divided poultry market, where imported products are cheaper but are not considered perfect substitutes for domestically raised chicken. Consumers in Suriname have a strong preference for domestic chicken, which sells at a premium of around 100% over poultry meat imported from the United States.

Geographically neighbours, it is no surprise then that Guyana and Suriname have much in common as it pertains to agriculture.  While rice, sugar and poultry share economic importance to both countries, preliminary examinations reveal stark inconsistencies in government policies and the protection of the agricultural sector between the two countries. So which country gets it right? Unfortunately there are no previous PSE highlights from Guyana to share but it is worth noticing that the PSE methodology does not judge agricultural policies as right or wrong. It just provides an objective overview, on which the Government, the IDB and all stakeholders could engage in an informed policy dialogue. Indeed, each ‘case’ must turn on its facts, taking all factors and effects on different stakeholders into consideration.

The better answer, however, lies ahead! Stay tuned for the final country and regional reports which will provide in-depth analyses of agricultural policies in each country and comparisons across the CCB region. In the meanwhile, download past reports from our online database (www.agrimonitor.org), stay tuned to our blogs and follow us on twitter!