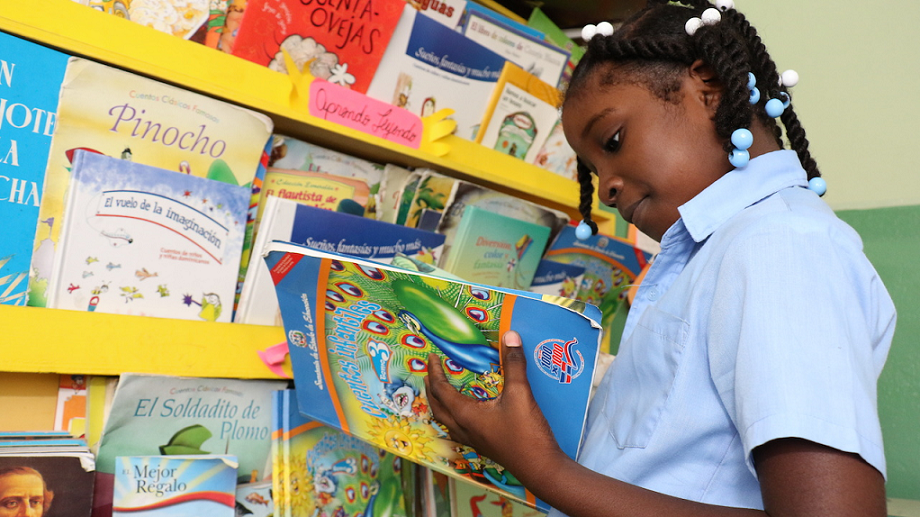 On the day we celebrated the World Day of Social Justice, it seemed appropriate to talk about education, as education is one of the basic pillars to achieve social justice. Regardless of whether we look at it on a global scale “as an underlying principle for peaceful and prosperous coexistence within and among nations”, or within each individual country as a way to “”improve human well-being and social equity, while significantly reducing environmental risk and ecological scarcities”, education is at the heart of it.

Many countries in Latin America have developed programs for inclusive education to address the diversity of our population and as a means to practice justice and equity for all, and particularly for those excluded from the traditional educational systems. The World Declaration of Education for All (UNESCO, 1990) was the basic reference for the design and development of many educational policies that reformed education in many countries. At the center was the concept that learning was not measured in number of years of study or certificates, but through what was effectively learned, recognizing all type of knowledge, including traditional and local knowledge.

But what if, unwillingly, an education project failed to pass these messages along? To ensure that education projects produce real knowledge (rather than just a number of schools) it is important to avoid the following environmental and social pitfalls:

Education is often linked to a place to learn, and more often than not we are led to think that this place is a building. Schools are designed and built as a means to expand access to education in underserved neighborhoods, rural areas, and indigenous communities. However, how do we teach respect for different values and cultures if we impose standardized urban architectural designs on indigenous cultures, or build mortar and brick structures in the rural communities in the jungles of the Amazon? The built environment can either be conducive to learning or unfavorable, and is just as important as the curriculum itself. Children need to feel safe and at ease in their “classroom” to be open to learn. In an unfamiliar architecture, children can often feel intimidated, or feel that the local building structures in their communities are “inferior” and not “valued”. Therefore, a school design that is not adapted to the local environment can not only undermine the learning process but also send wrong messages about respect for local values and culture.

Cost is often a reason behind the use of standardized urban architecture. Nevertheless, although it might be true in some cases, it is worth exploring other options in rural and indigenous communities. In 2008 the Inter-American Development Bank (IDB) inaugurated a seven-year infrastructure project in support of sustainable community development in Honduras. The rural development program in Belén (commonly referred to as La Moskitia) included electrification and construction of a school and a seafood processing plant.

The project applied an unorthodox engineering approach to strengthen local management of indigenous areas. Inhabitants were empowered by participating in the decision-making process or becoming project managers. “Through this innovative process, the community decided how to spend the 16 million lempiras assigned to the project and built the different components themselves to lower costs” said Donaldo Allen, of MASTA (Miskito Organization), representative for the Biosphere Region (Honduras Weekly). As it was found, the project was so well managed by the indigenous community involved that the “government has declared it one of the most transparent projects carried out in recent Honduran history” with no mismanagement of funding during the implementation of the program, leading the government to decide to finance further projects in the area.

Another common learning deterrent in education projects is the lack of sanitation in schools. Diarrhea, Dysentery, Cholera, Typhoid Fever, Leptospirosis, Parasites, as well as Dengue, Zika and Chicungunia are some of the diseases that can affect children and teachers alike when schools lack basic services such as potable water, adequate sanitary systems and waste management. A Brazilian study published by the Business Council for Sustainable Development in 2014 found that students without access to potable water and sanitary systems suffer a delay in learning when compared to students with the same socioeconomic conditions that live in areas with sanitation systems.

Between 2010 and 2014 the percentage of public schools with sanitary services in Brazil increased a mere 5% – (from 42% to 47%). In the same period, internet access in schools grew from 47% to 61%. This situation, however, is not particular of Brazil. Water and sanitation issues are found in almost every country in Latin America. According to the UNICEF 2016 Progress on Sanitation and Drinking Water report, still more than a third of the rural population globally has no access to piped water on premises, and 36% of the rural population has unimproved sanitation facilities, being 12% open defecation.

The lack of sanitation in schools is particularly harsh for girls: it is common for girls to abandon school when they get their first menstrual cycle due to, among other factors, lack of means to adequately take care of their intimate hygiene. This situation is well studied in the UNICEF study from 2012-2013 on water, sanitation and hygiene (WASH) in schools in Cochabamba rural communities, in Bolivia. In a recent Education project for Haiti approved in 2014, the IDB promoted institutional arrangements between the agencies responsible for school development and water and sanitation to ensure the provision of water and sanitation in the schools financed through the program. In addition, the Bank hired a consultant to review the school prototypes and to assist in developing adequate sanitation solutions.

This often means that some schools have difficulty in accepting the different realities of students from indigenous or rural communities. In turn, these students have difficulty in understanding information about a reality that is foreign to them, and may feel “inferior” and “discriminated”. This situation has consequences, not only in their academic learning process, but also in their personal and professional development.

It is important to make efforts to address all these challenges in order to support young adults, girls in particular, to complete their education and engage in a professional life while being proud of their culture and respectful of others’ differences.