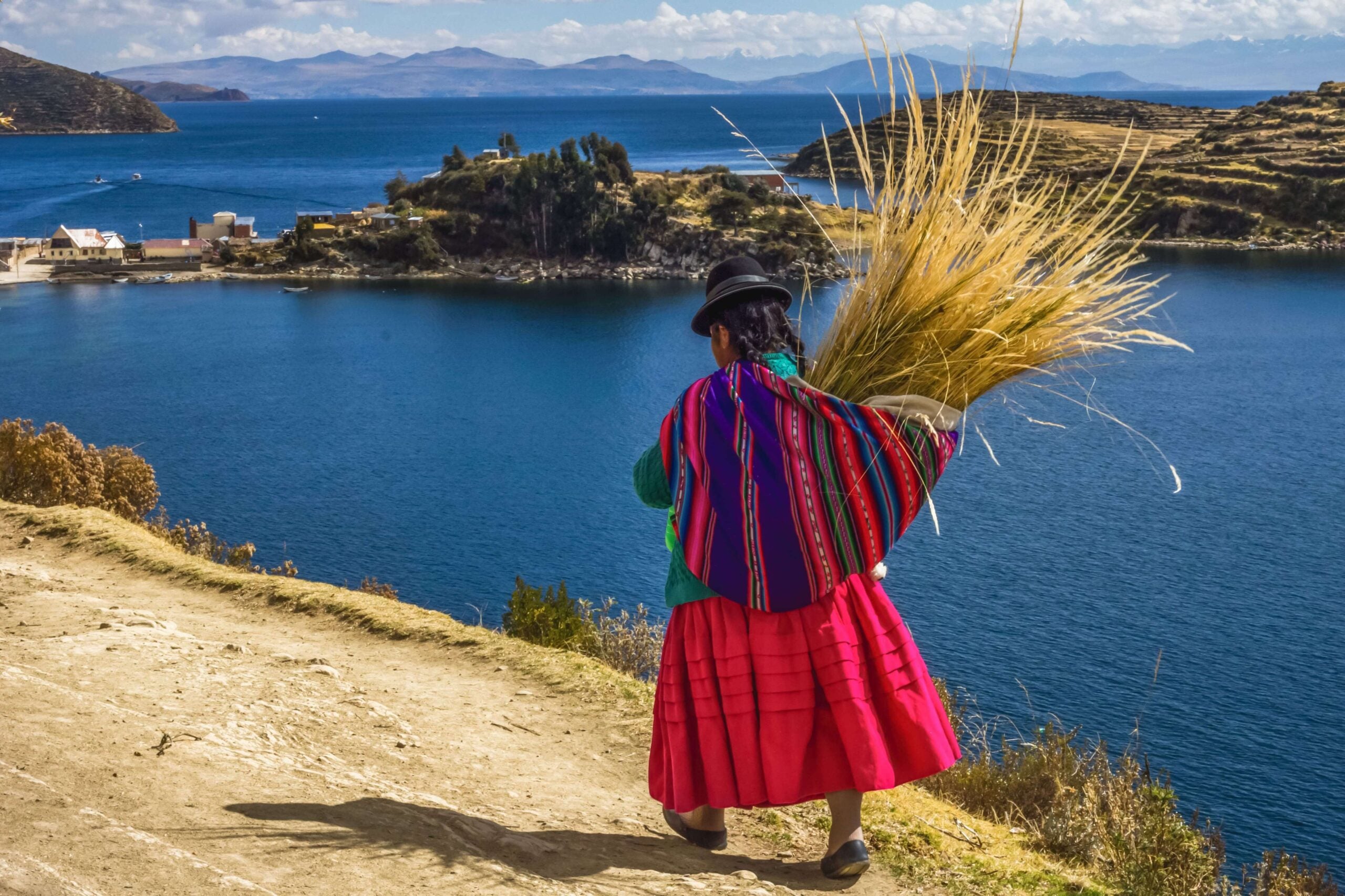 In rural areas of Latin America and the Caribbean (LAC), agriculture remains the most important source of income. In the region, 54.6 % of the rural labor force engages in agricultural production and reaches more than 80 % in Andean countries such as Bolivia or Peru. The majority of this group are smallholder farmers, who are also the most likely to face poverty and food insecurity daily. 57 million people in LAC, or 33.7% of all people in rural areas live in poverty, and the incidence of food insecurity increased by 6.5 percentage points in 2020 alone.

Among small family farmers in the region, women are a particularly vulnerable group. Even though women represent 43 % of the region’s agricultural labor force, many women continue working as unpaid family workers and face restricted access to important agricultural assets such as credit and land. While comprehensive data on land ownership and gender is lacking, a study by FAO in Mexico, Honduras, Nicaragua, and Paraguay indicates that women only own between 10 and 30 % of land in rural areas, and tend to own parcels that are significantly smaller and of poorer soil quality. This limited access to land constitutes one of the most important constraints faced by women in agriculture today.

The ownership of land represents an important asset for female farmers, and not only with regards to gender equality: research has shown consistently that access to assets, and particularly land, allows women to increase their bargaining power within the family, meaning that they play a more active role in making decisions about the household’s production and consumption that contribute to the overall welfare of the same. Because women tend to favor the nutrition and general well-being of the family in their choices, female influence in production decisions for home consumption can lead to more diversified crop production and better nutrition within the household. For instance, studies have shown that land-owning women are less likely to have children who are severely underweight and that adult household members of land-owning women tend to experience higher levels of caloric availability, dietary diversity, and body mass index (BMI).

Though these studies suggest that female land ownership can contribute to improvements in household wellbeing, researchers have found it difficult to establish a causal link between land ownership, female empowerment, and food security. Data limitations often present a challenge, and most studies have had to rely on cross-sectional data to establish a correlation, but not a causal effect. Correlative relationships may be misleading. For example, land ownership may not always have the desired effect on a woman’s bargaining power, as it does not necessarily translate into effective control over the land. Also, cross-sectional studies do not control for the level of empowerment a woman had prior to acquiring land.

In a recently published study, we try to shed light upon this important causal relationship between effective female land ownership, empowerment, and food security. For our analysis, we rely on rich agricultural household survey data collected at baseline (i.e., prior to the beginning of project activities) for the impact evaluation of the Rural Land Cadaster, Titling, and Registration Project (PTRT-3) in Peru. We measured effective land ownership, meaning that household members declared ownership of the plot without formal documentation, which we considered a reliable measure of ownership in terms of resource allocation and investment decisions. To ensure that we can identify a clear causal effect, we use the inheritance of land as an instrumental variable that controls for any potential reverse causality between ownership and empowerment. In this way, we estimate the effect of women’s effective land ownership on empowerment, as well as measures of food security and crop diversity, for a sample of more than 1,000 farmer households in the Amazon and Andean regions of Peru.

While our analysis does not find that effective land ownership has a significant effect on women’s empowerment, we do detect significant effects on food security and crop diversity. Importantly, if a female member of the household owns at least one plot of land, her household’s likelihood of being food secure increases by 20 percentage points. This result is consistent with evidence from the literature, which suggests that a woman possessing her own plot(s) can cultivate crops dedicated to the dietary needs of the household in accordance with her individual preferences, thereby improving the overall welfare of the family. We also find that owning land significantly decreases the daily time a woman dedicates to agricultural work, possibly freeing up time for her to engage in other, off-farm activities.

Taken together, our analysis suggests that giving women ownership of farmland is beneficial not only in terms of improving gender equality but also due to the important positive effects this has on a household’s food security. Therefore, land titling and registration programs should prioritize assigning titles jointly to both spouses or partners and ensure that the woman receives legal recognition of tenure for her plots where applicable. Another possible scenario in which policymakers could make an impact is in modifying inheritance laws that provide women with equal rights to land inheritance. This is already the case in Peru, but there are several countries, both inside and outside LAC, where inheritance laws are still restrictive and favor male heirs, thereby imposing an important restriction to improving female empowerment and food security.

Maja Schling is an economist in the Environment, Rural Development, and Disaster Risk Management Division (RND) of the Inter-American Development Bank. She has substantial work and research experience in international development, specifically in the areas of agriculture, natural resources, and climate change. In the last five years, she has been involved in the design and implementation of impact evaluations for numerous agricultural and natural resource projects throughout the LAC region, including animal and plant health projects in Brazil and Mexico, agricultural extension programs in Guyana and Argentina, and a coastal protection program in Barbados. Her work currently focuses on incorporating innovative data sources and methodologies into evaluation strategies to capture all possible dimensions of impact – economic, social, and environmental – with the goal of improving the effectiveness of future interventions. Prior to joining the IDB, Maja obtained a Ph.D. in Economics from American University, and worked with the NGO Impact Network to evaluate their schooling program in rural Zambia.