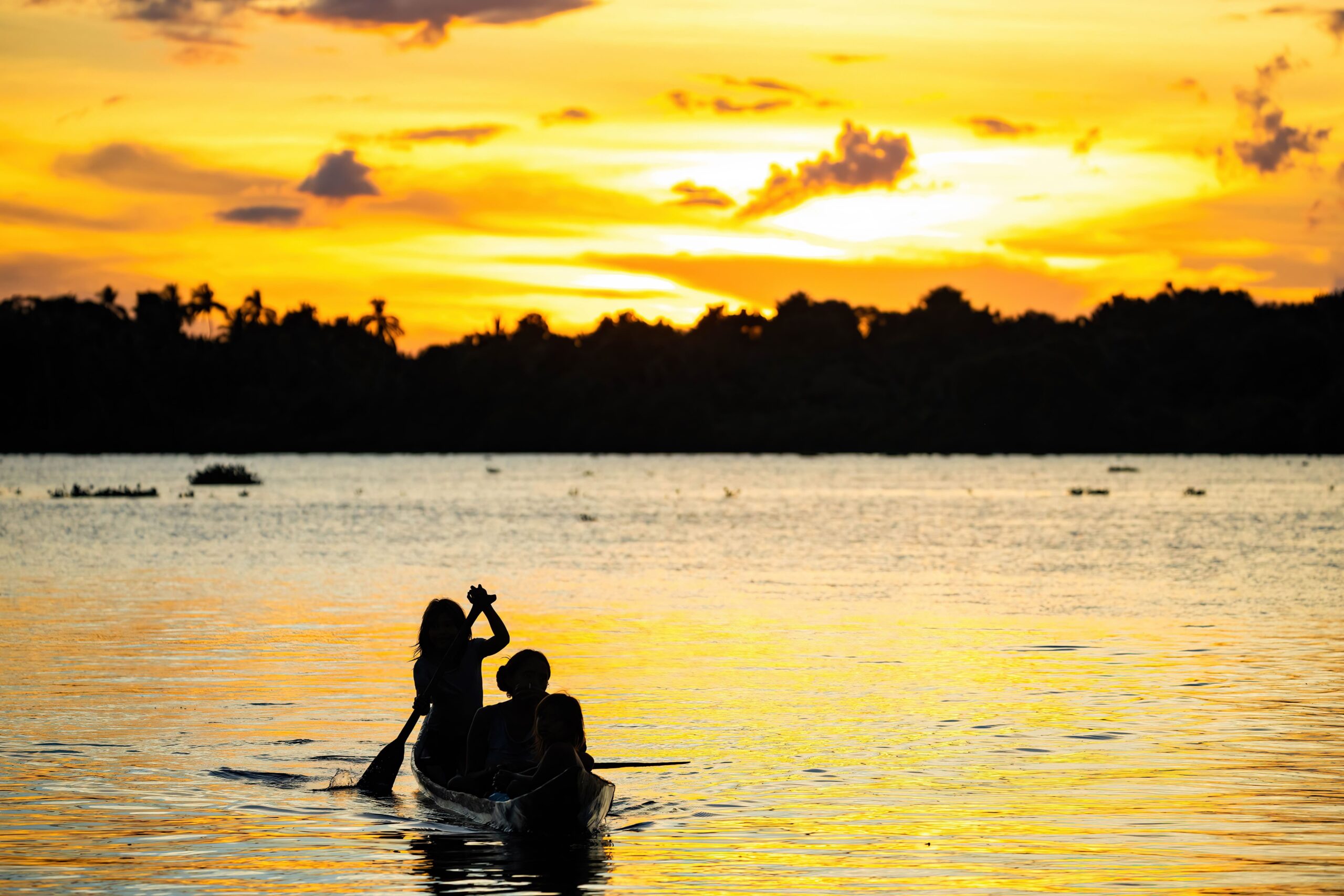 In 2022 efforts to address the climate crisis need to be redoubled. 2021 has been the 7th consecutive year where the global temperature has been over 1°C above pre-industrial levels. Governments are expected to push forward their plans to achieve the net-zero global target by 2025.

Last November, COP26 finally took place in Glasgow amid a complex COVID-19 situation. Several major announcements on more ambitious climate action were made throughout the two weeks. By the end of the negotiations, Article 6 of the Paris Agreement was finally settled and allowed for rules that will guide the global carbon market, and the Glasgow Climate Pact invites all Parties to “revisit and strengthen” more ambitious NDCs by 2023.

With the IDB Group’s announcement of an aspirational target to align all its loans and projects with the Paris Agreement by the start of 2023 and providing $24 billion for green finance over the next four years, the outcomes from COP26 are shaping our work in the region. Here are some key actions for the coming years.

The Amazon is a critically important ecosystem as it provides around 40% of Latin America’s fresh water, regulates air quality, stores net carbon emissions, and regulates nutrient and hydrological cycles for the South American continent. During the IDB Annual Meeting in March 2021, the Bank launched the Amazon’s Initiative for the sustainable development of the Amazon. Later in the year, we supported the creation of the Amazon Bioeconomy Fund which includes $279 million from the GCF to ensure support for the Amazon Initiative.

At COP26, the governments of Germany and the Netherlands also pledged $35 million to support the IDB’s Amazon Initiative with a strong focus on empowerment of Indigenous Peoples and Local Communities.

Nature was also recognized for its key role in climate action. At COP26, more than 130 countries joined the Glasgow Leaders’ Declaration on Forest and Land Use and committed to end deforestation and reverse forest loss by 2030.

In line with global efforts to reverse the ecological crisis, on the road to COP26, the IDB led a working group with MDBs to mainstream nature across their policies and operations which culminated in the joint statement “Nature, People, and Planet”.

In the last 5 years, the IDB has invested in 28 projects with nature-based solutions components, with total financing of some $815 million. Moreover, the IDB is developing an action plan for mainstreaming Natural Capital and Biodiversity across our institution and to support our countries.

Countries agreed to periodically submit NDCs and strive to formulate and communicate long-term low-GHG emission development strategies. As of November 2021, nearly all borrowing member countries have made some progress in updating their NDCs. COP26 pledges now bring projected warming to below 2°C. However, NDC’s short-time horizons make long-term strategies (LTS) and their long-term perspective critical for guiding countries to enhance their climate commitments.

Decarbonization long-term strategies can guide the way to a sustainable recovery and a green, inclusive, and resilient future while offering economic benefits, including the creation of 15 million new net jobs by 2030. The IDB continues to support countries in the region in planning and implementing robust long-term strategies (LTS) for decarbonization and climate resilience.

Finance ministries play a key role in the development of decarbonization and adaptation strategies. Following the IDB Annual Meeting earlier this year, the IDB developed the Platform of Ministries of Finance and Economy on Climate Change that will help finance ministries better integrate climate considerations and funding into fiscal agendas and policies.

To strengthen green fiscal policies in the region, the government of Germany launched at COP26 a $20 million fund to finance country-specific technical assistance projects and help create a regional knowledge-sharing platform for ministries of finance to exchange best practices.

MDBs are exploring the possibility of establishing a joint LTS facility to further their support to countries and clients on long-term strategies for low-GHG, climate-resilient development in a coordinated manner, which could facilitate the Paris Agreement Alignment of the portfolios.

3. Enhancing our work on adaptation, resilience, and climate risk

Although the discussion on Loss and Damage gained recognition during COP26, no financial resources were committed as requested by vulnerable countries, especially Small Island Developing States (SIDS).

Pursuing our efforts to enhance adaptation finance, the IDB Group presented its Hurricane and El Nino clauses which allow clients to defer debt payments under the impact of natural disasters, a key request from member countries.

In Barbados, the IDB supports the country’s efforts to strengthen disaster-risk resilience and management through an $80 million policy-based loan, in line with the government’s Roofs to Reefs Programme.

Finally, data remains fundamental in the development of resilient strategies and investment for climate services, among other actions, which is why the IDB joined the Alliance for Hydromet Development to help developing countries generate and exchange data for improved weather forecasts and climate services crucial for climate action.

4. Supporting the region towards zero carbon energy and transport

Moving towards zero-carbon energy and transport was also a key priority for the COP26 Presidency and countries are called to phase-down coal. Some positive signals were shown during the climate summit such as the Global Methane Pledge in which nearly 100 countries under US leadership committed to limit global methane emissions by 30% from 2020 levels by the end of the decade.

Another historic commitment was also made to end international financing for fossil fuels (coal, oil, and gas) by 2022 which was signed by some of G20’s largest fossil financiers (Canada, US, UK, Spain, and Germany). Moreover, representatives of governments, businesses and other organizations committed to rapidly accelerating the transition to zero-emission vehicles and achieving all sales of new cars and vans being zero emission by 2040.

As the transport sector is responsible for 35% of CO2 emissions in Latin America and the Caribbean, electromobility is a key area for the Bank. Since 2013, the IDB Group has worked with public and private-sector partners on more than 70 electromobility initiatives and activities in 20 countries. Business models for the implementation of electric buses in public transportation have been developed with IDB support in cities such as Bogotá, Cali, Medellín, Lima, Santiago, Buenos Aires, among others.

5. The role of the private sector

At COP26, through the Glasgow Financial Alliance for Net Zero, over $130 trillion of private capital was committed to transforming the economy into net-zero.

To support energy access and the clean energy transition in developing countries, the Rockefeller Foundation, alongside IKEA Foundation and Bezos Earth Fund, launched the Global Energy Alliance for People & Planet with an initial $10 billion funding, in strategic partnership with the IDB for the LAC region which will seek to mobilize $600 million dollars in investments.

The IDB Group has several tools that have been very effectively deployed during 2016-2020, which have allowed us to achieve a record $1.9 billion of climate finance committed in 2020, mobilizing close to $1.8 billion in core mobilization for climate investments, and an additional $2.3 billion in catalytic mobilization.

COP26 allowed to underline the importance and the role played by IDB country members, with a special recognition to the remarkable speech given by Prime Minister Mottley from Barbados and leadership of civil society to make paradigmatic shifts to ensure the successful achievement of the Paris Agreement. In 2022, as countries in the region strengthen their climate commitments and strategies, climate action will continue to be key at the IDB Group.

Paris Alignment: An Opportunity to Strengthen Economies with Low-Carbon and Climate-Resilient Investments