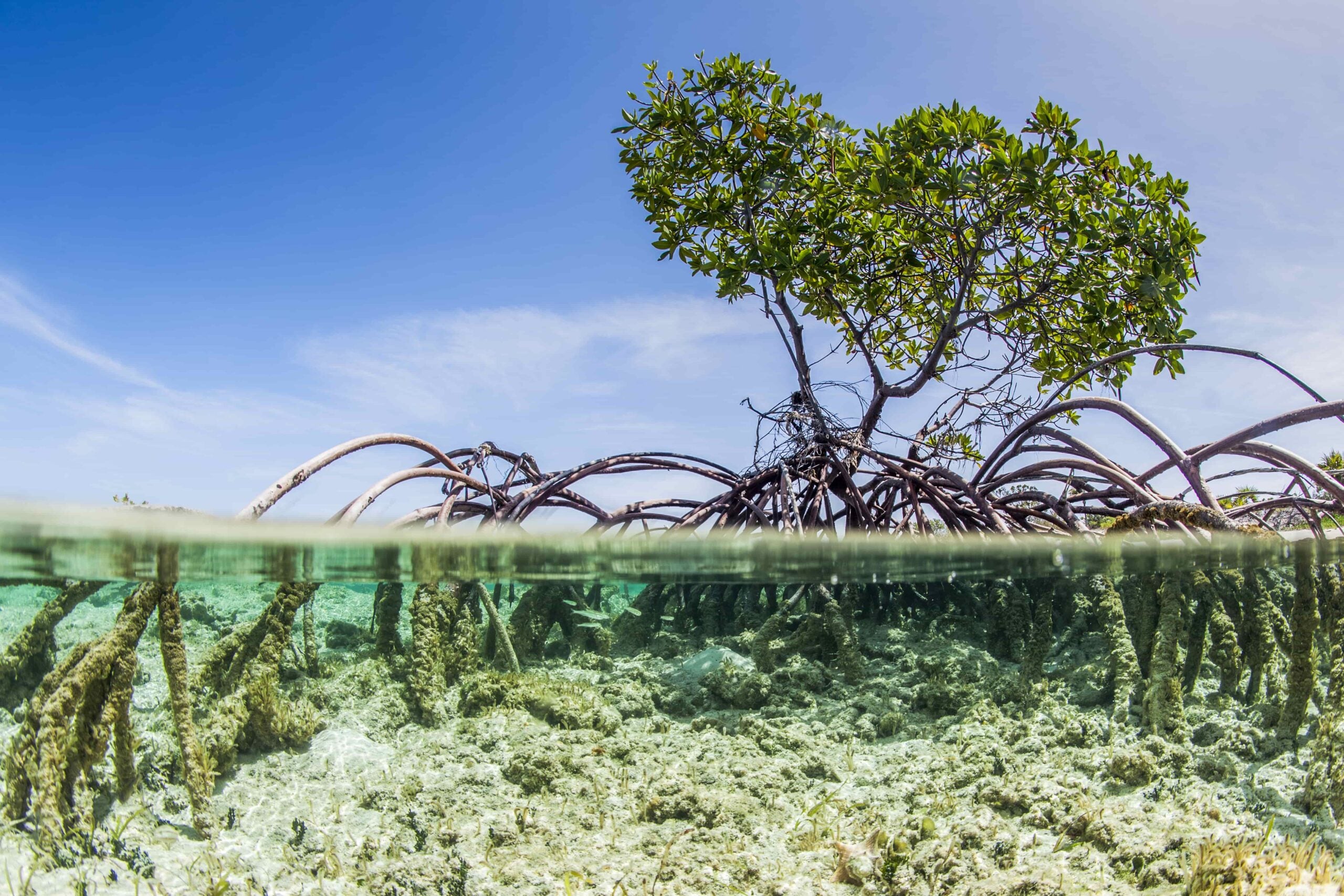 Nature and biodiversity are taking center stage as a critical theme at COP26 in Glasgow. As governments, the private sector, and multilateral institutions seek to raise ambition in their climate commitments, nature-based solutions (NBS) present a key opportunity to both mitigate and adapt to climate change, while also contributing to other priorities such as economic recovery, public health, and clean water. These actions to protect, sustainably manage, and restore natural ecosystems will help countries achieve their development outcomes and contribute to climate goals.

Through the strategic management and restoration of ecosystems, NBS offer the potential to provide over one-third of climate mitigation needed to meet global climate targets by 2030. NBS can play a key role in helping society adapt to climate change by mitigating the impacts of flooding, drought, and extreme heat, which are increasing due to the changing climate.

The Inter-American Development Bank (IDB) and World Resources Institute (WRI) through the Cities4Forests Initiative jointly developed a series of reports on the opportunities NBS offer for the Latin American and Caribbean (LAC) region. A recent review by the IDB and WRI found that the IDB’s Infrastructure and Climate Change and Sustainable Development Sectors invested $813.23 million in green and green-gray projects between 2015 and 2020. These projects leveraged an additional $436.77 million in financing from partners, amounting to nearly $1.25 billion in total project costs.

The IDB is taking action to further invest in NBS, recently leading the development of and endorsing a joint statement with a coalition of 10 multilateral development banks (MDBs) that outlines commitments to further mainstream nature into their policies, investments, and operations. The MDBs committed to scaling up “nature positive” investments, which aim to halt and reverse nature loss by enriching biodiversity and sequestering carbon.

MDBs also committed to supporting client countries to incorporate nature into national development and climate strategies as well as developing methodologies to report and track nature-positive investments across their portfolios. These commitments build on the IDB’s inclusion of NBS as a core strategy in several recent institutional plans, including the Mainstreaming Action Plan for Environmental and Social Sustainability and Climate Action Plan. The IDB is also developing a mainstreaming action plan for natural capital and biodiversity for approval in 2022, and has already begun integrating natural capital into its country dialogues — beginning with 15 countries in 2021.

Investing in NBS for climate action

As countries in LAC begin to recover from the COVID-19 crisis, NBS are a smart investment to maximize the impact of limited capital available to meet infrastructure needs. Integrating NBS with traditional gray infrastructure — referred to as green-gray infrastructure — can maximize the impact of limited capital by enhancing service delivery, boosting resilience, and delivering a suite of co-benefits. For instance, investments in watershed restoration can reduce pollution and treatment costs for water utilities, and coastal ecosystems can offer important storm protection  benefits.

The IDB works with clients in various ways to advance NBS projects. For example, the bank is a founding member of the Latin American Water Funds Partnership, which has launched NBS projects such as forest and wetland restoration to enhance water security in 25 cities across LAC. In addition, the IDB’s Natural Capital Lab (NCL) identifies and models the economic benefits of NBS, and then helps clients to structure new financing mechanisms necessary to bring these projects to scale.

Examples of the NCL’s work include projects that aim to protect and restore mangrove forests in Panama and Colombia, which protect against storm surge, sequester carbon, and serve as vital spawning grounds for fisheries. IDB’s NCL has also supported forest restoration in Peru through the creation of funding vehicles to develop the “bioeconomy”, with the aim to sequester carbon and maintain vital sources of rainfall. In Costa Rica, the NCL supported the development of COVID-19 Blue Economy recovery plans and financing plans for projects that generate resilience, protect biodiversity, and create jobs. The NCL is beginning to work with client countries on debt/nature instruments that can help countries lower debt burdens while funding important coastal natural infrastructure.

A recent review  — which focused on NBS and green-gray projects with objectives related to water security, flood mitigation, and landslide risk mitigation — highlights other areas where the IDB is integrating NBS into gray infrastructure investments. For example:

Scaling up investment in NBS requires additional support from governments, MDBs, and the private sector

Despite the progress illustrated by these projects and IDB’s increasing investment in NBS, there is still ample room for NBS in the IDB’s portfolio and the region at large. A growing pipeline of NBS projects in LAC demonstrates that governments, NGOs, and utilities are eager to scale up these solutions in infrastructure investments. However, most of these projects are still under preparation and have yet to access the financing needed to implement and scale.

The IDB is making strides to close these gaps. Through deploying resources to support NBS project preparation — including developing project concepts, conducting technical analyses, and assisting clients to structure financial mechanisms to fund NBS — the IDB is helping to bring concept-level projects to the point of bankability, which will further encourage investors to support these critical projects.

However, the IDB cannot scale NBS alone. To bring NBS to scale, provide communities with socioeconomic benefits, and reduce the costs associated with infrastructure, further action by governments, the private sector, infrastructure developers, civil society, and MDBs is needed. Infrastructure providers, for example, can support NBS by adjusting rate-paying structures to create revenue streams that support NBS implementation. National and regional governments can center NBS in their planning and regulations, setting the conditions needed to enable investments in NBS from MDBs and the private sector. Together, actors across LAC — and globally — can help bridge these gaps and amplify and mainstream NBS in infrastructure investments.

Nature-based Solutions in Latin America and the Caribbean: Regional Status and Priorities for Growth

Nature-based Solutions in Latin America and the Caribbean: Support from the Inter-American Development Bank

Nature-based Solutions in Latin America and the Caribbean: Financing Mechanisms for Regional Replication

Emmie Oliver is a Research Analyst with the Cities4Forests Initiative at the World Resources Institute (WRI) focused on nature-based solutions for climate resilience. In her role, she partners with multilateral development banks to craft strategies for increased adoption of NBS and ecosystem-based adaptation (EbA) in their portfolios. She holds a Masters of Environmental Management from the Yale School of the Environment.

Suzanne is a Senior Associate with World Resources Institute's (WRI) Natural Infrastructure Initiative and Cities4Forests, where she works with business, financial institutions, government, and civil society to manage climate and water risk through adoption of nature-based solutions (NBS). Suzanne and her team utilize biophysical, economic, and institutional analysis to integrate natural capital into policy and investment decisions. Her work with the Inter-American Development Bank includes a series of foundational knowledge products, NBS for Latin America and the Caribbean, which explores current trends of NBS adoption in the region and outlines priorities to scale them.