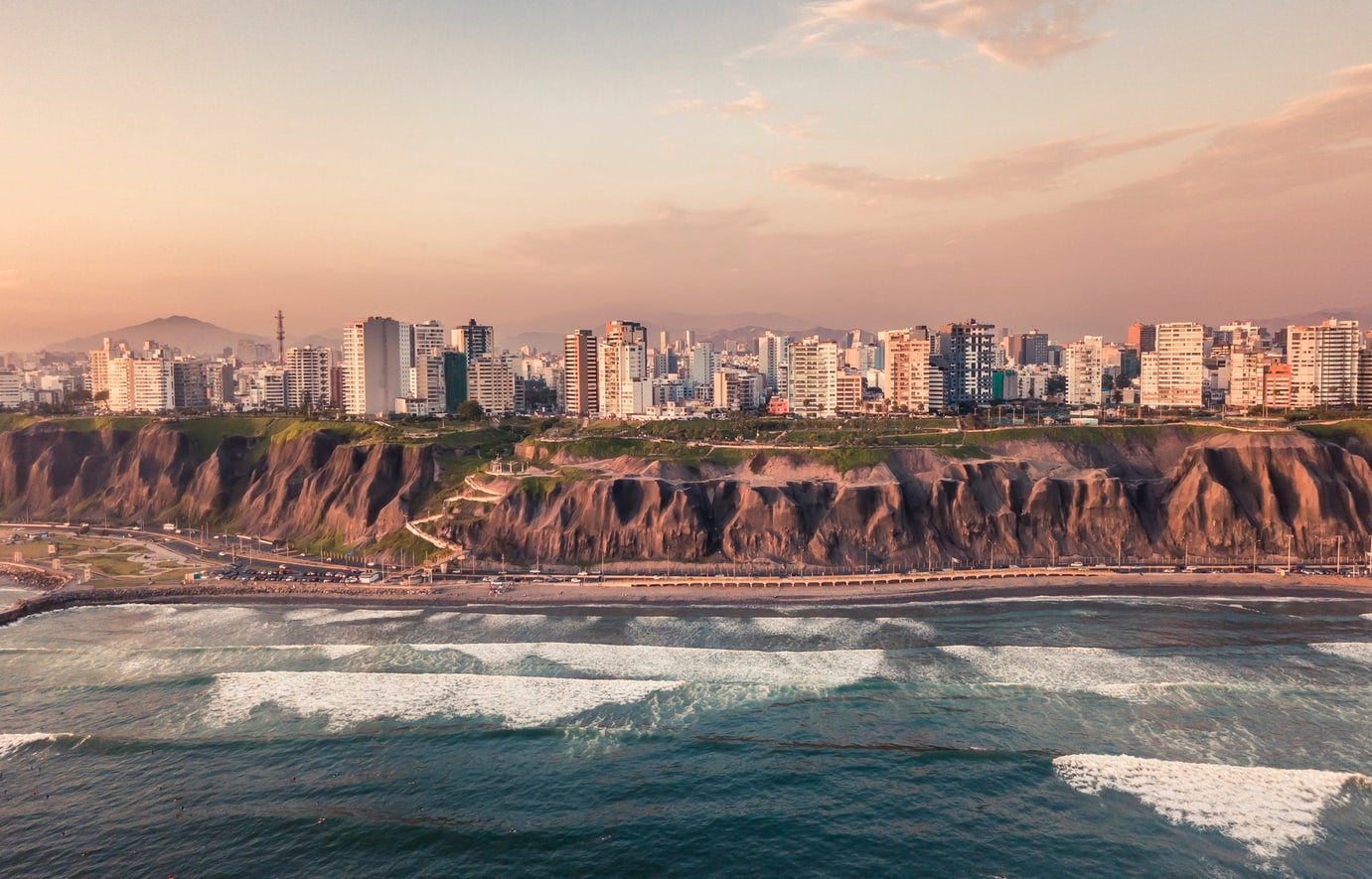 In October, a climate change report struck like a bolt of lightning. The Intergovernmental Panel on Climate Change (IPCC) said that without a global transformation, the world would reach 1.5°C of warming in a little over a decade.

In the case of Latin America and the Caribbean, rising sea levels and more extreme, more frequent climatic events such as hurricanes are already severely affecting the region. The global average temperature has already increased by 1°C.

In 2017, the area suffered severe economic and human losses from climate-related disasters. Hurricane Maria hit Dominica, leaving at least 31 people dead. It damaged or destroyed the roofs of an estimated 90% of buildings, leaving thousands homeless. In Peru, heavy rains and flooding claimed the lives of more than 100 people and caused over $4 billion in damage to infrastructure.

Allowing global warming to surpass 1.5°C could potentially prove catastrophic for the region, causing the loss of coral reefs, Andean glaciers and a significant amount of biodiversity.

To ensure we don’t exceed the 1.5°C limit, we need a quick and radical shift away from low-resilience, high-carbon infrastructure to low-carbon, high-resilience infrastructure, as global climate change leader Christiana Figueres emphasized in March.

This is exactly what the Inter-American Development Bank Group (IDBG) is working to achieve. Due to infrastructure’s long-term nature, how we design it today will crucially determine our climate change pathways for generations to come. A global focus on sustainable infrastructure can boost growth, reduce poverty, improve air quality and create jobs, while building low-carbon, climate-resilient economies. This transition could entail economic gains worth $26 trillion over the next 12 years compared to business-as-usual, according to a report by the New Climate Economy.

The policy and infrastructure investment decisions made now will determine whether we can limit global warming to 1.5°C or not. The timing is particularly pressing in Latin America and the Caribbean, where spending on infrastructure has been rapidly outpaced by citizens’ demands for more energy, and better public transport and sewage systems.

Fortunately, the world has the technology and financial and human resources to ensure that new infrastructure is compatible with a safe climate. Getting onto the right track will be very difficult, not least given the required scale of transformation across various sectors, especially energy, transport, buildings, and forestry and agriculture. A just transition for workers affected by the emergence of new markets and technologies will also need careful handling.

The IDBG’s Sustainable Infrastructure Framework attempts to address these challenges by promoting decision-making on infrastructure that is economically, financially, socially, environmentally and institutionally sustainable. In 2017, the British government and IDBG announced a partnership to create the UK Sustainable Infrastructure Program, with an initial contribution of more than $230 million. The program is initially partnering with Brazil, Colombia, Mexico and Peru to boost sustainable infrastructure by catalyzing private sector investment to support countries in implementing their national climate change plans.

A combined push to drastically expand renewable energy, such as wind and solar, and to connect national power grids could save Latin America $30 billion, our research shows, and help to reduce greenhouse gas emissions compared to the current trajectory. These savings would materialize, given that the expansion of transmission lines is far cheaper than building new power plants and that renewable energy has zero fuel costs.

In Uruguay, we are working with the national and local government to enhance the delivery of sustainable infrastructure projects to support communities to adapt to the impacts of climate change. In the Ravera and Centro neighborhoods of the city of Rocha, improvements to storm drains have resulted in a decreased risk of flooding in nearby homes.

The imperative of making sustainable infrastructure investments today to build a better future cannot be overstated. We must act now.

This article was originally published by WEF Agenda.

Graham Watkins is a Principal Environmental Specialist in the IDB Climate Change Division of the Inter-American Development Bank. He is the acting Division Chief as of February 2020 and leads Bank efforts to support government climate policy and planning in Latin America and the Caribbean (LAC), increase the availability of finance to drive climate transformation, mainstream climate in bank operations, and build understanding in sustainable infrastructure, climate risk, and decarbonization. Graham has thirty years of experience in LAC leading biodiversity, sustainable infrastructure, and climate change initiatives in Latin America and the Caribbean and has published over 60 articles including two books on the Galapagos and the Rupununi in Guyana. He was previously the Executive Director of the Charles Darwin Foundation in Galapagos and Director General of the Iwokrama Centre in Guyana. Graham has a PhD from the University of Pennsylvania and a master’s degree from the University of Oxford.