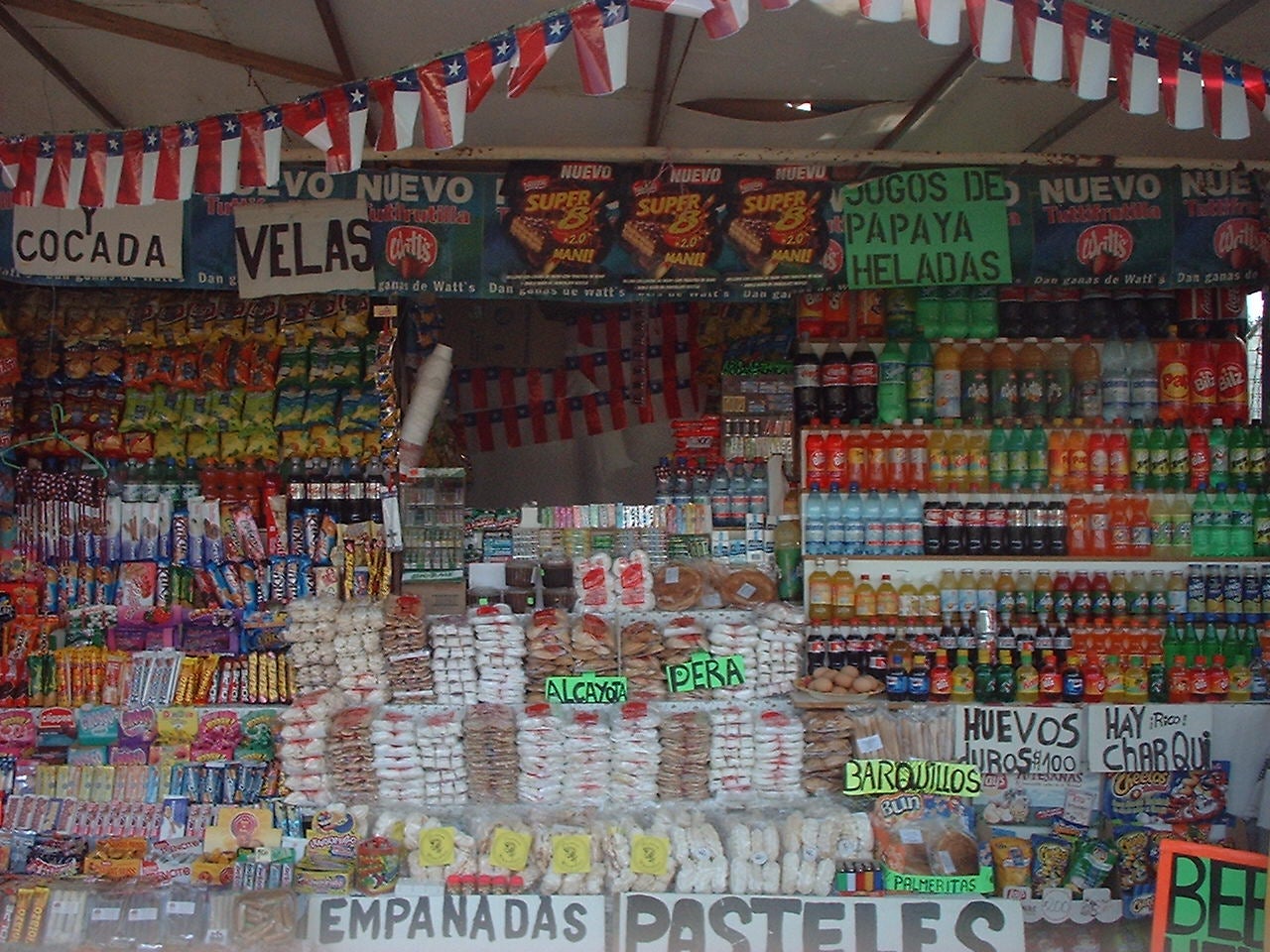 On December 8 of every year, around one million people visit the Lo Vásquez Sanctuary in Casablanca, located at 70 kilometers from Santiago de Chile. On that day, the Holiday of the Immaculate Conception is celebrated. In the last decade, pilgrimages to the area have increased over 60%, and today it is the largest religious festivity in the country.

Next to the sanctuary, pilgrims spend a pleasant afternoon in a cute covered area, which, in honor of the Virgin, has been named the Lo Vásquez Shopping Center. There, they can purchase the typical delicacies of the Casablanca area, have lunch, rest and take refuge from the heat, which, during this time of the year, can easily reach 30oC.

However, prior to the year 2000, the situation in this area was quite different. For over 20 years, a group of 22 merchants, primarily women, worked as street vendors outside the Sanctuary. Known as the “Lo Vásquez Vendors,” this group was characterized by a low level of education, few family ties, low associative capacity, precarious and unsanitary conditions and outdoor exposure to the elements without any kind of protection.

In 2000, the Inter-American Development Bank (IDB) approved a credit guarantee to the Sociedad Concesionaria Rutas del Pacífico S.A. for the expansion of the Santiago – Valparaíso – Viña de Mar Highway Interconnection Project, which included improvements to Route 68, tendered by the Ministry of Public Works (MOP) of Chile. The vendors were affected by the implementation of the project. As per the IDB’s social safeguards, especially its Operational Policy on Involuntary Resettlement and accompanying Guidelines, the concession company must compensate them for the loss of their means of subsistence. Since they operated their businesses in an unauthorized zone, which was therefore illegal, they were offered various training opportunities so that they could get involved in other regular activities in the Municipality of Casablanca. However, the vendors did not agree to leave their commercial activity, which for some, was what they had been doing their entire lives.

The Bank understood that it needed to find an alternative to help regularize these activities. The option was to create landscaped areas to make the most of the Sanctuary, including specific zones for conducting business that were duly-protected from Route 68’s vehicular traffic, one of the country’s busiest roadways. However, these areas did not belong to the concession company, which jeopardized the feasibility of the alternative.

This is why the IDB stepped in to find a solution. In 2004, the Ministry of Public Words agreed to grant a piece of land to the Municipality under a loan for use agreement, and the concession company agreed to build the Commercial Center for the Lo Vásquez vendors, as well as to help them with creating a Trade Association and preparing the Commercial Center’s Regulations in accordance with the legal requirements of the Municipality.

In order to participate in the new Lo Vásquez Shopping Center, each vendor had to pay the corresponding fees to formalize their business activities, including payments for operating licenses, water and electricity services, building management, etc. In some cases, the concession company had to cover these costs together with the Municipality, but ultimately, in 2006, the “Lo Vásquez Shopping Center” was created, which operates today alongside the Sanctuary.

Today, the Commercial Center has 22 commercial establishments, which were distributed via lottery to the vendors, and has restrooms and storage areas, as well as cafeterias. The majority of the merchants have been able to prosper and organize themselves internally to oversee the center, including fees for the use of the restrooms, which has become one of the primary sources of income to maintain the building.

Almost 10 years after its inauguration, the center is an example of the support that the Bank can provide in order to effectively contribute to improving lives in a sustainable fashion over time, above and beyond compliance with its social and environmental policies.