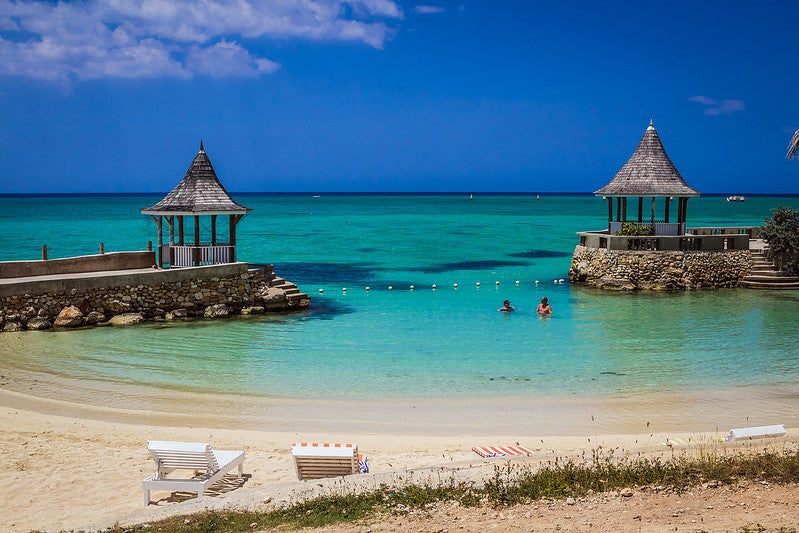 On August 12, 2020, the IDB hosted a webinar on how the Blue Economy can help to spark a sustainable and inclusive recovery in the Caribbean after COVID-19. The event aimed to promote the Blue Economy as a key driver for  recovery, raise awareness of the importance of ocean and coastal resources beyond fisheries and tourism and highlight the IDB’s agenda on this issue, particularly for small states with big ocean spaces (#BOSs).

A group of leading Caribbean policymakers discussed the potential of a Blue Economy to help governments rethink their developmental pathways and to pivot to new avenues of economic growth, innovation, and digitalization. The conversations addressed unlocking the potential of oceans for creating prosperity while recognizing their immense role in regulating our climate, providing food, social equity and cultural identity. And not to forget, building resilience to the impacts of climate change! If you did not tune in, here are some highlights from the event.

The Blue Economy: A roadmap for the future?

Beyond the severe economic impact of a drop in tourism revenue caused by COVD-19 related travel restrictions, Caribbean islands are also confronting the climate crisis, limited access to freshwater resources and insufficient capacity to respond to and recover from extreme weather events.

The IDB’s Climate Change Division Chief, Graham Watkins, moderated the event and highlighted the IDB’s commitment to support countries assemble recovery plans from the pandemic. Although there are different interpretations of the term Blue Economy, it is rooted in the idea of the sustainable use of oceans, resolving the waste issue, inclusiveness and has a leading part to play to help achieve sustainable recovery.

As islands are surrounded by vast areas of oceans, there are large developmental spaces to create a new sustainable economy. Since Rio+20 in 2012, the Blue Economy has gained momentum as coastal and island nations look to their oceans as the next frontier for economic development.

An ocean-based approach to growth not only offers the marine and coastal resources, but a way to tackle high unemployment, food insecurity, poverty and vulnerability to climate change. Similarly, a Circular Economy allows a shift away from the take, make and dispose linear model to one that is restorative and regenerative by design.

The Blue Economy allows countries to expand into new fields such as marine biotechnology, offshore renewable energy, sustainable tourism, fisheries/aquaculture, and carbon capture, among others.

Watkins talked to Mr. Cletus Springer, Director of the Department of Sustainable Development at the Organization of American States (OAS), who is a strong advocate for ocean and coastal protection and management.  Mr. Springer stressed that the Blue Economy can be the basis for building a more sustainable and resilient future.

He also suggested that countries form a partnership with the wider Caribbean Community to address the lack of a diversified knowledge-base on the blue economy and an adopt a more coordinated approach to inspire and support innovation.

The conversation then turned to Ms. Una May Gordon, Director of Climate Change Division, at Jamaica’s Ministry of Economic Growth and Job Creation. Jamaica is taking its fight against climate change very seriously. The updated Nationally Determined Contribution launched in June this year shows a great commitment to enhancing ambition. Ms. Gordon highlighted how having submitted its updated NDC, Jamaica is now working on a long-term low carbon and resilient strategy by 2050.

Watkins struck up a dialogue with Mr. Kirk Humphrey, Minister of Maritime Affairs and the Blue Economy, Barbados, who said that the blue economy is going to be a major driver of who they are and what they do going forward.

Addressing the need for innovative financial tools, Minister Humphrey said that the government is considering the introduction of a debt-for-nature swap financing initiative to better capitalize on the marine space and build the renewable energy industry for financing the blue and green economy.

He also discussed how Barbados is modernizing its regulatory framework to strengthen its public policies on sustainable development and climate resilience. The Government is currently working with the IDB to develop a strategic roadmap for the Blue Economy and to update its NDC. The Minister reflected on how Barbados is looking at ocean-based renewable energy and working towards carbon neutrality by 2030.

Across the Caribbean, the potential for the clean energy transition is very impressive. Investments in energy efficiency, renewable energy, and energy resilience, could lead to US$16 billion in net economic benefits in the Caribbean over the next 20 years.

Finally, Watkins talked with Michael Pintard, Minister of Agriculture and Marine Resources of The Bahamas, who said that The Bahamas is moving towards a more sustainable economic development pathway. The government plans to undertake an aggressive campaign to create legislation and policy to expand the development of the Blue Economy especially aquaculture. Given that it has been particularly hit hard by COVID-19 from the loss of tourism, Minister Pintard stressed that retraining workers in the Blue Economy could support a sustainable recovery.

How can the Caribbean continue to make waves with the Blue Economy?

The dire impacts of the pandemic on the region’s economies paired with the Caribbean’s vulnerability to the climate crisis is accelerating interest in the Blue Economy to support the creation of a more sustainable, resilient and prosperous future.

The IDB will continue to work closely with its partners in the Caribbean to support these efforts. For instance, it recently approved a US$200 million loan to The Bahamas to promote competitiveness and environmental resiliency and economic diversification by promoting the Blue Economy.

We will also continue to advance our Sustainable Islands Platform with a focus on the blue and circular economies to strengthen capacity to transition to a low-carbon and climate resilient future. A series of projects is being support under the platform, including the UK Blue Carbon Fund program on restoration of blue carbon in LAC such as the “Blue Carbon Restoration in Southern Clarendon” project in Jamaica.

What comes next in the IDB’s support for the Blue Economy is realizing that those with a stake in island economies must realize that many of their principal natural assets are not on land but in the vast ocean surrounding them. And that their economies, their identify, their culture are primarily blue, and this “blueness” extends to areas that go way beyond the traditional sectors of fishing and tourism.

COVID-19 and the climate crisis leave the Caribbean with significant challenges but there is also an opportunity to pursue a new path. Embracing the Blue Economy with greater focus on resilience, sustainability and equity could be the region’s answer to recovery and its next growth story.

Watch the recording of the webinar here.

With thanks to Athanasia Panagiotidi, Catalina Aguiar and Andrea García Salinas for producing this infographic.

The Caribbean can make waves with a blue ocean economy

Nicole has 15 years’ experience working in International Organizations, private foundations and corporations in both Washington, DC and the US. Nicole attained her BA from the School of International Service at the American University of Washington, DC and an MA in International Relations from the London Centre of the University of Kent at Canterbury of the UK. Nicole was staff for 10 years working in several positions throughout the Bank including the Country Department Southern Cone, the US Executive Director’s Office, Senior Corporate Services Analyst in the Secretariat publishing documents for approval to the Board of Directors of the IDB Group. She also spent almost two years supporting the Climate Change and Sustainable Development Team (CCS/CSD) as a consultant. Since then, Climate Change has become one of her favorite policy topics to read and talk about.