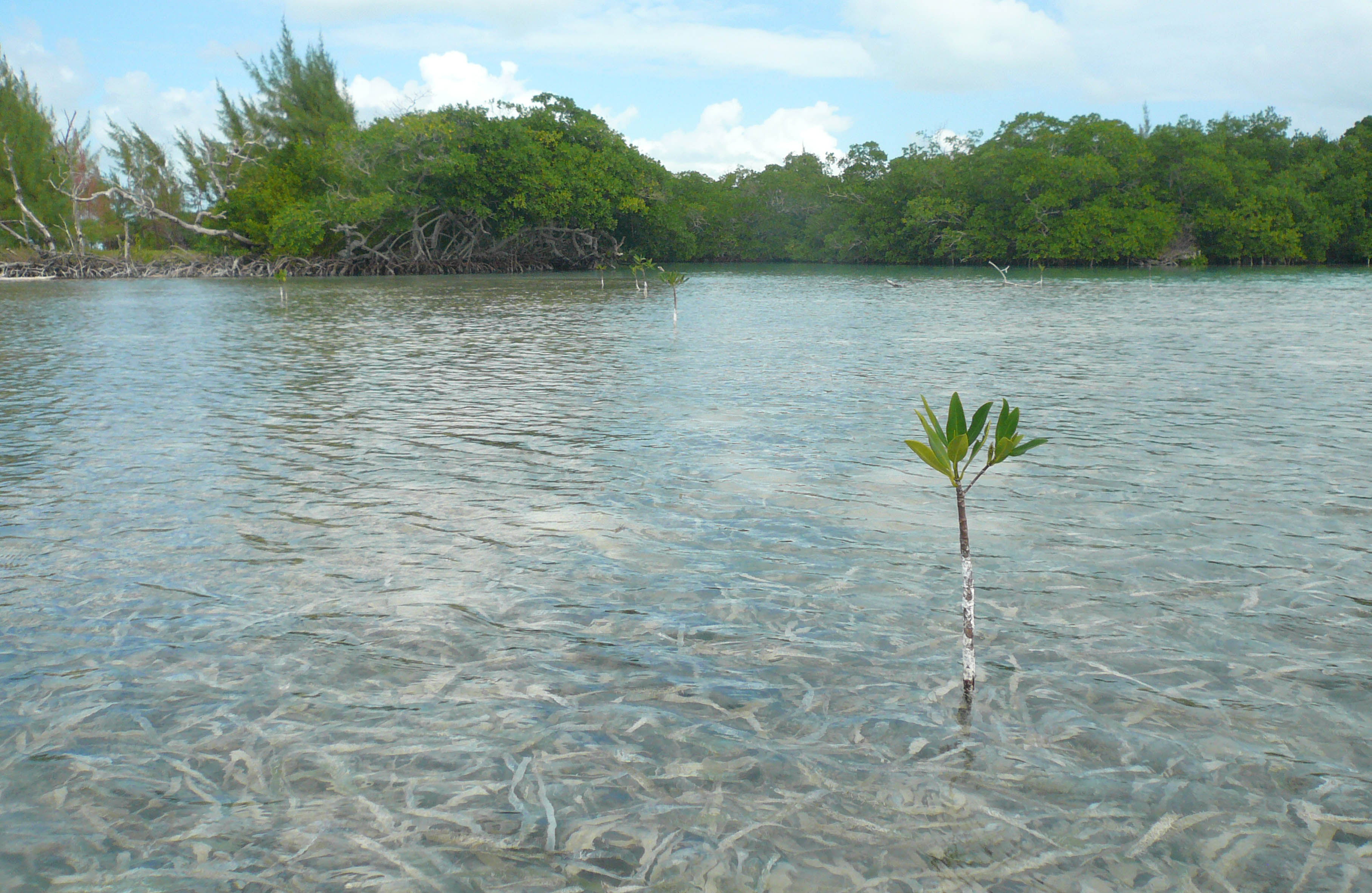 It had been a while since I had really crawled around in a mangrove wetland.  Once you have climbed over the roots of a red mangrove, seen the pneumatophores (the roots that stick out of the ground like breathing tubes) of white mangrove, spotted blue crabs in abundance scurrying back into their holes to avoid capture, or taken in the “sweet” aroma of decaying organic matter, – it all comes back to you in flash.  My return to the mangroves was on a recent survey of the wetlands on Big Corn and Little Corn Island, two small islands off the Caribbean coast of Nicaragua.

Mangrove systems are incredibly dynamic and complex.  Would you be able to distinguish the subtle interaction or interplay between freshwater and saltwater boundaries if you look closely at vegetation communities? Mangroves are of great importance to coastal areas and especially for small islands which are highly vulnerable to the impacts of climate change. They are part of the natural capital that will have to be maintained, supported and managed properly as part of the adaptive response to sea level rise and coastal erosion.  It is not only for their intrinsic value as habitats for fish, plants and shellfish; but also for the ecological infrastructure of a country, upon which their economies are built. Mangroves are part of the Blue Economy, a concept relevant for islands where the economic base is both on-land and off-shore and where the health of coastal and marine resources is critically important.

Times have certainly changed.  We no longer regard these systems as wastelands or space waiting to be developed, instead we see them as more and more important for the development of island states and coastal communities all around the world.  Their protective function along the coastline, their rich biodiversity and fish nursery function, the natural filtration to runoff from the land,  their interconnection with reefs and seagrasses and of course their ability to lock in carbon – a large part of their carbon storage is actually underground. As we witnessed, the post-Paris climate world takes on greater importance as countries examine ways of reducing their carbon footprint – all constitute stores of natural capital.  Blue carbon as we referred now, is the place where coastal ecosystems such as mangroves, seagrasses and salt marshes sequester carbon.  In days gone by, we referred it as the above-ground biomass and below-ground biomass – trees, branches, roots and of course lots of mud.

Mangrove systems are also fragile. One seemingly inconsequential intervention, such as a small path across the main water outlet, in a critical location can drastically alter the dynamics of the system and can result in the dying off or restructuring of a large section of the plant community.  Mangroves have to be actively and properly managed as any capital asset would be.  The right adjustments have to be made when changes are detected in the asset base.  Good stewardship presumes an adequate capacity to monitor and respond to changes and a commitment to long term investments.  All these together will guarantee returns.

As I stood in the middle of one of the mangrove swamps of Big Corn Island, it was obvious on reflection that like many others, I needed to revert to my past relationship with these systems, in order to help communities and island states respond to the present and growing threat of climate change.