Gerard coordinates the Division’s adaptation and mitigation activities in the Caribbean Region. Prior to joining the IDB, he was a Policy Fellow with the Center for Energy and Environmental Policy at the University of Delaware, where he managed projects that focused on renewable energy policy and climate change issues.

Recently I was having an intense conversation with a friend about the strong need for Caribbean islands to develop their economies as blue economies, insisting that it is critical for governments to make this transition as quickly as possible. I thought we had a common understanding of what the term blue economy meant until he asked if it was about the fishing industry.   That … END_OF_DOCUMENT_TOKEN_TO_BE_REPLACED 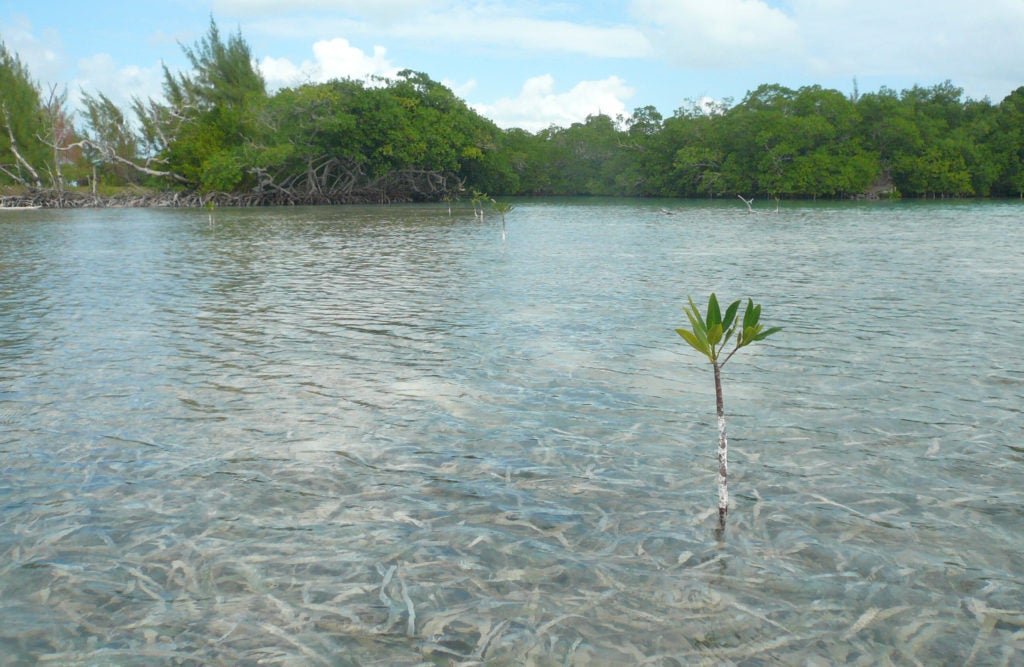 It had been a while since I had really crawled around in a mangrove wetland.  Once you have climbed over the roots of a red mangrove, seen the pneumatophores (the roots that stick out of the ground like breathing tubes) of white mangrove, spotted blue crabs in abundance scurrying back into their holes to avoid capture, or taken in the “sweet” aroma of decaying organic … END_OF_DOCUMENT_TOKEN_TO_BE_REPLACED

It has been a couple of days since the approval of the historic climate agreement in Paris. Weary but hopeful negotiators are returning to their countries and may already have started de-briefing their respective governments. Pundits, critics, supporters and deniers will all at this point be poring over every detail and iota of the text of the agreement and will be … END_OF_DOCUMENT_TOKEN_TO_BE_REPLACED

Investing in the future is always a challenging decision, for example planning for retirement  will often seem to be less urgent  when we have pressing daily financial  issues that have to be addressed  now (unless you are near to retirement age of course). Not tomorrow, not in 10 years, but today. But the truth is that, in order to have a financially stable future, we need to … END_OF_DOCUMENT_TOKEN_TO_BE_REPLACED