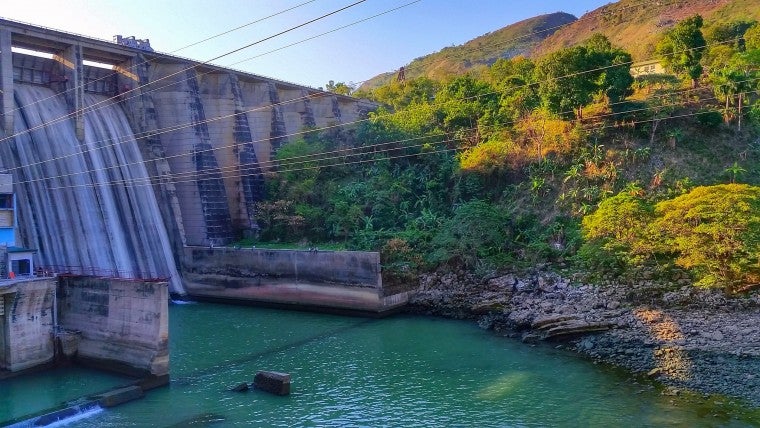 In 2013, hydropower supplied three-quarters of all renewable electricity and nearly one-sixth of the world’s electricity. According to the World Energy Council[1], the total installed global hydropower capacity has grown by 27% since 2004.

Because more than half of the hydropower capacity newly commissioned in 2014 is in China, it is no coincidence that the 5th World Hydropower Congress[2] took place in Beijing in May 2015. Around 1,000 business leaders, high level government officials, civil society and financial institutions representatives gathered there to discuss recent trends and  hot topics like the “2050 by 2050” scenario. This means doubling the world’s installed hydropower capacity to 2,050 GW by the year 2050.

Reaching this ambitious goal supposes a change of the paradigm established by the 2000 report of the World Commission on Dams. It said that in too many cases an unacceptable and often unnecessary social and environmental price has been paid to secure hydropower benefits.

Most speakers at the Congress made it clear that the hydropower sector has a responsibility in ensuring that projects meet sustainability requirements –   or as Richard Taylor, President of the IHA, phrased it: “that hydropower development becomes a win-win for our society, environment and economy”. This is possible if we do the right projects and if we do them right.

To achieve this objective, the sector has developed a series of tools to measure sustainability, the Hydropower Sustainability Assessment Protocol (HSAP[3]).  The Protocol is the result of 30 months cross-sector work by the Hydropower Sustainability Assessment Forum, comprised of representatives of developed and developing country governments, the hydropower sector, social and environmental NGOs, and commercial and development banks. The Protocol, which provides scores on a broad range of sustainability topics such as project affected communities and livelihoods, biodiversity, downstream flows, has now been used in formal assessments on more than 20 hydropower projects, in all stages of project development and all regions. However more remains to be done to make the Protocol more accessible to a broad range of public and private sector developers, and to find appropriate incentives to reward high scoring projects.

It is also critical to ensure that the right projects are moving forward.  At the Congress, The Nature Conservancy (TNC) presented an interesting paper[4] based on an approach on sustainable hydropower planning developed in 2013 for Latin America and the Caribbean in collaboration with the IDB[5].  According to their research, completion of hydropower currently in construction or planned will affect 300,000 km of rivers through fragmentation or changes to river flow patterns.  Those impacts are projected to fall disproportionally on river basins with the highest freshwater species diversity, such as the Amazon and the Mekong rivers.

However, with better planning it is possible to reduce the amount of river length lost to fragmentation by approximately one-third (100,000 km) and still generate the same amount of energy. While this approach is still conceptual and needs to be tested, it is an important step towards more sustainable hydropower development.

At the IDB, we can help realize the potential benefits of hydropower development without unnecessarily sacrificing the well-being of communities, and the value of free flowing rivers and the environment by:

With these efforts institutions like ours can contribute to achieve what Giulio Boccaletti from TNC describes as “a better deal for all”.

[1] Charting the Upsurge in Hydropower Development 2015, May 2015: https://www.worldenergy.org/wp-content/uploads/2015/05/World-Energy-Resources_Charting-the-Upsurge-in-Hydropower-Development_2015_Report2.pdf

[4] “The Power of Rivers – Finding balance between energy and conservation in hydropower developments” – http://www.nature.org/media/freshwater/power-of-rivers-report.pdf

[5]  “The next Frontier of Hydropower Sustainability: Planning at the System Scale”, http://publications.iadb.org/handle/11319/6505

[6] See IDB blog: Is there such a thing as the “perfect” hydropower dam? https://merge-susta-idb-blogs.pantheonsite.io/cambioclimatico/2015/01/09/thing-perfect-hydropower-dam/