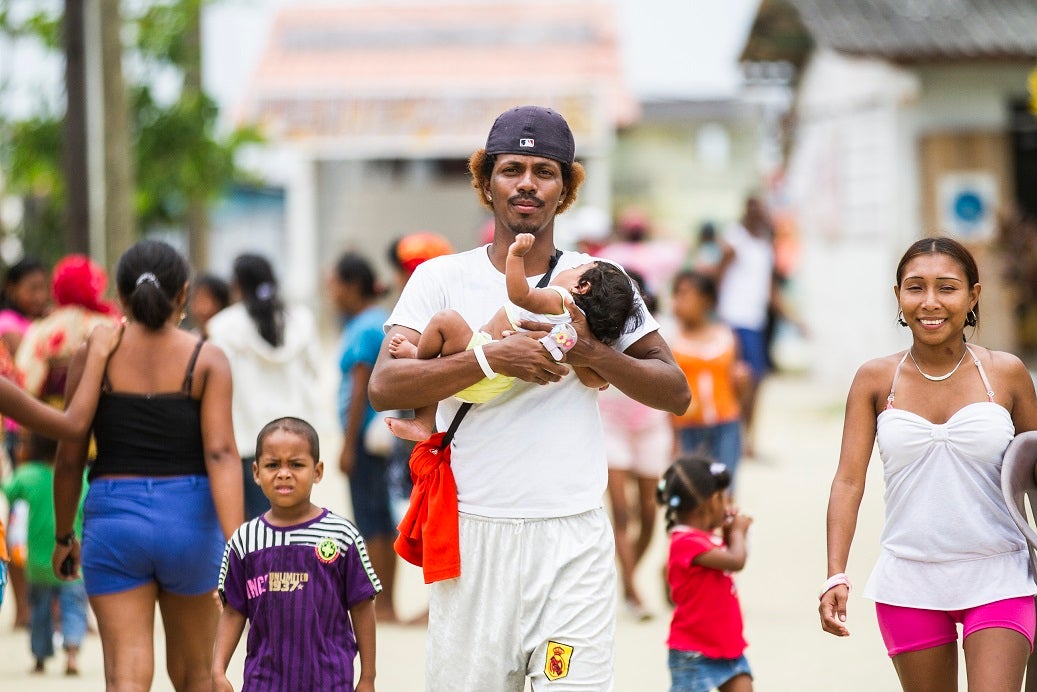 On May 17, we celebrate Father’s Day. Beyond the festive connotations of the date, the day is an excellent opportunity to reflect on how the education of children and the social models that surround them play a vital role in the values ​​that will guide their adult life. What kind of parents are we, and what parents do we want our children to be? Numerous studies show that positive roles of men over other men improve their relationship with their partners. Gender violence in the vast majority of cases has sexist roots, which in turn are based on unequal structural relationships between men and women. When it comes to violence against women, cultural machismo is still the elephant in the room.

Twice as many femicides as in the rest of the world

Violence against women is rampant in our countries and femicide remains, sadly, its worst manifestation. Almost 4000 women have been murdered in the last two years in our region in what are known as femicides: that is, at the hands of their partners, ex-partners or because of their status as women. Although the region has made significant progress in reducing violence against women and girls, the problem is far from being solved. Today, the femicide rate in Latin America and the Caribbean is double that of other world regions.

Why do men continue to perpetrate violence against women in the 21st century? There is a clear correlation between femicides and patriarchy. It has been shown that societies with unbalanced relationships between men and women register more cases of domestic violence. In Latin America and the Caribbean, gender inequalities, exacerbated by machismo, continue to prevail:

The traditional response to closing the gender gaps in our societies has been to develop programs to empower women. However, we now know that such initiatives are more effective when coupled with efforts to address gender norms and roles in the family and in the community. For example, an IDB study showed that although conditional transfers contributed to a 6% reduction in intrafamily violence in the short term in Colombia, this only applied to the richest region. In contexts of greater poverty, there were at best no reductions, and at worst increases, in the rates of violence.

Violence against women is about men

Increasingly, there are efforts to address violence against women from the roots, that is tackling machismo. For example, the Program for the Prevention of Violence and Promotion of Social Inclusion in Costa Rica offers weekly group sessions and cognitive behavioral therapy for youth to improve their conflict management skills.  Other interventions focus on encouraging men to reflect on gender norms and their impact on family relationships, children’s upbringing, and violence. Amor… pero del Bueno (The Good Kind of Love) in Mexico does just that, by developing awareness sessions with youth about different forms of violence, abuse in relationships, sexual rights, and gender roles. The evaluation of the program showed a 55% reduction in male participants’ violent attitudes.

In Latin America and the Caribbean, the problem of machismo is magnified by the social and economic situation. There is evidence that women in contexts of marginalization and poverty are more exposed to human trafficking and sexual attacks. We also know that young men are the most common perpetrators of violence, and many of them happen to live in environments of violence and lack of opportunities themselves.

The complexity of the problem is not an excuse to postpone addressing it. In a context of scarce public resources, more than ever, it is necessary to improve the efficiency of each dollar invested. And in the case of violence against women, we know that it is most effective to begin by educating our children to grow in a context of positive masculinity.