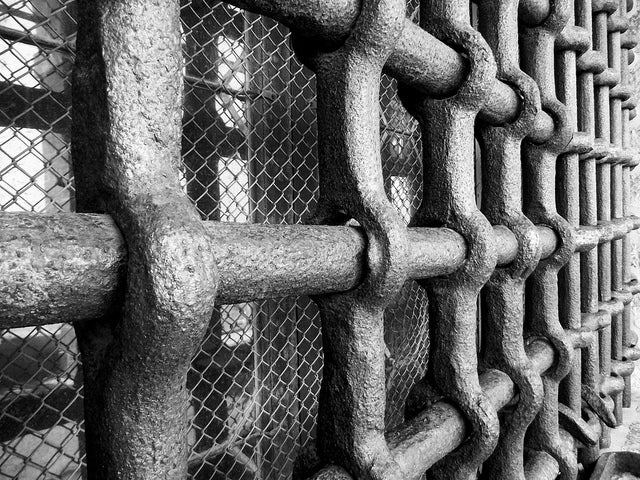 Even at their best, prisons are menacing environments. Bullying behavior is no stranger to high schools; we should not be surprised when it takes brutal shape in our prisons and jails. We call them gangs.

Prisons and jails are environments of enforced scarcity.

When we create this artificial scarcity we create an environment where an underground economy emerges controlling access to these much wanted items and pleasures. It is controlled by the strongest and denied to the weakest. In every prison and jail I have seen, a pecking order emerges. You have family and money and can pay for things– I don’t, and I want what you have. I want you to clean my cell, do my laundry, or service me sexually.  I want to watch telenovelas on TV, you want to watch football.  I want drugs, I sell drugs, and I want your sister to bring drugs into the prison for me when she next visits.

For the average prisoner confinement is a frightening experience. When you go to jail or prison, most of all you want to be safe.. That’s why prisoners arm themselves, and that’s why they join gangs…to feel safe.

Prisons serve a vital public safety function by preventing the predatory dangerous offender from doing it again while he or she is confined.

Further, prison serves the important social function of reinforcing our social norms by punishing those who break the law in important symbolic fashion.

Because we need prisons and because prisons will always be flawed, even as we reduce our reliance on them we must continue to try to make them better.

If prisons and jails are to be humane they must be safe places. Prisoners whose confinement is an experience in brutality are less likely to succeed when they are released and more likely to be radicalized or return to a criminal life style. To do this we must resolve that they be drug free. Recently a close colleague, who runs one of the biggest prison systems in the U.S, told me that drug testing at several of his prisons found over 20% of the prisoners using drugs.

Drug use in prison is what fuels violence and corruption and is the economic engine from which prison gangs derive their power. Everything I know and have learned tells me that when we substantially reduce access to drugs in prisons and jails they become safer for the prisoners and for the staff.  Yet, in too many prisons and jails today access to drugs is commonplace and accepted.

There are ways to do it and every jurisdiction should accept that as a goal. Prisons should be places where prisoners learn that respect for the law and for others is how people in civil society behave. This means that the staff must respect the law and each other as well as their charges. We must build within our prisons a culture of integrity.  We won’t teach prisoners to obey the law by breaking it and we don’t teach respect for the rules by violating them.

How prison staff relates to each other and to the prisoners is the most powerful way to teach the prisoner how to be part of a civil community. The goal of prisons should be to release better citizens, not better criminals.

Solving the problems of prisons and jails in the region will require more than just building new prisons and replicating past mistakes. It requires a thoughtful approach, informed by an assessment of what each country needs and how it wishes its justice and punishment system to operate. Before embarking on programs of loans and construction, nations should determine who they are sending to prison, for how long and whether solutions other than new construction will yield the desired results faster and to more long lasting effect.

Horn is a distinguished lecturer at the John Jay College of Criminal Justice, City University of New York