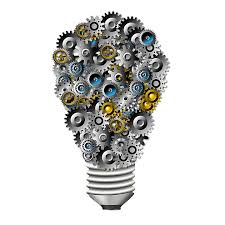 Innovation is a driver of productivity and economic growth. Unfortunately, research and development expenditures to develop and adapt innovations in Latin America are very low, especially by its private sector. Rich in natural, human, and productive resources, the region’s potential is enormous, however. This calls for governments to create conditions that boost not only research and development (R+D) at the firm level but also knowledge spillover within industries and across the economy.

Why should governments incentivize R+D? By investing in R+D, firms generate knowledge. If they could safeguard that knowledge and remain the sole beneficiaries, there would be no public interest to promote R+D. However, in developing economies, R+D is usually related to adopting and adapting technologies from developed countries, and thus is typically non-patentable. The firm that generates the knowledge can’t easily own it. Other companies can also benefit from this knowledge, thanks to workers who move from firm to firm or through simple observation. Thus, the social gain of the R+D activity will be higher than the private profitability for the firm that makes the investment. This is very positive for society but negative from the company’s point of view. Therefore, without government intervention, investment in R+D that brings economy-wide benefits will be lower than what would be optimal for society as a whole.

Designing the right policy to stimulate R+D is not a simple task. A previous blog  explained the main steps that policymakers should follow to diagnose, design, implement, and evaluate productive development policies (PDPs). Once the need for a PDP has been established, the next step is to create a tailored design to address the market failure that justifies the government intervention. The two most common types of instruments used to stimulate R+D are tax credits and “matching grants” subsidies. (see “Rethinking Productive Development.”) Are they good solutions to the problem?

When it comes to spurring R+D that generates spillovers, “matching grant” subsidies are the best choice if used judiciously. These policy instruments are assigned to specific projects chosen by government officials and experts, and ought to prioritize initiatives with an expected higher spillover that wouldn’t be possible otherwise because their private profitability is negative. Tax credits, on the other hand, are usually generic for any R+D activity carried out by a firm that decides how to assign its R+D budget based on its private profitability, which tends to be higher when spillovers are lower.

The process through which R+D is conducted may also be nudged in useful ways through enabling policies. Research undertaken as a collaborative effort among firms, or between a firm and a university or research institution, may avoid wasteful duplication of independently-run R+D and improve the cost/benefit equation in favor of investment. Furthermore, such joint efforts ensure that knowledge spills over to a wider range of companies. For example, the R+D program PROPYME in Costa Rica gives incentives to projects in which firms and research centers work together.

Dissemination of R+D knowledge is another important feature to consider in the PDP design. Stimulus to disseminate R+D knowledge can be embedded in the design of the policy instrument. For example, when giving a boost to a pioneer businessman who runs the risk of adopting a new technology that doesn’t exist in a given country, the subsidy can depend on the beneficiary becoming involved in dissemination activities, such as inviting other companies in that industry to learn about the experience. In Argentina, a firm that’s part of an electric equipment cluster in the municipality of Lanús, province of Buenos Aires, was given a subsidy to buy machinery to test electric equipment. The instrument was tied to one condition: The firm had to allow staff from the Universidad Tecnológica Nacional to use the new equipment to train workers and technicians from other companies in the cluster.

The IDB’s 2014 proposal for a subsidy to pioneer exporters (“Rethinking Productive Development”) is another example of embedding a stimulus to dissemination in policy design. This instrument addresses a market failure called “the problem of self-discovery” by Hausmann and Rodrik, who argued that developing a new competitive export activity—and, in the process, “discovering” that the country has comparative advantages in its production—requires costly experimentation. As explained before, this investment may not pay off even if the pioneer is successful, as others may follow his lead, free ride, and share the benefits. The “discovery” of blueberries in Argentina illustrates this problem. In this case, the pioneer had to make a costly investment to find out if Argentina could be competitive in this sector. In the end he discovered something valuable: due to its soil, the country was able to harvest blueberries a month before its competitors. This allowed it to be the only provider offering its production to the US in the off-season, obtaining high prices. Soon enough, producers of blueberries started to multiply in Argentina, and just a few years later the pioneer exported only 5% of the total for the sector. If many would-be pioneers foresee this kind of prospect and decide not to innovate, the opportunities for economic transformation would be squandered.

What’s the best way to design a policy to address this particular market failure? An IDB proposal outlined in “Rethinking Productive Development” suggests granting a subsidy to the pioneer exporter of a new product only to the extent that he has followers that benefit from spillovers. Thus, this design gives an incentive for the pioneer not only to invest but also to disseminate the discovery since he benefits from others’ exports.

In a similar way as creativity and R+D play a key role in innovation, the creativity and resourcefulness of governments to design policies tailored to their industries and societies’ needs can be a game changer for Latin America’s productivity and economic growth.