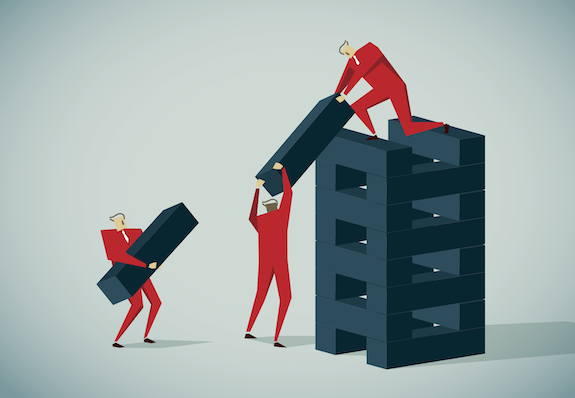 Investing in infrastructure is crucial to promote inclusive development in Latin America and the Caribbean. Such investments require enormous amounts of resources and that is why partnerships between public and private sectors are considered such an important tool for implementing public policies like infrastructure, especially in fiscal constraint scenarios.

But in order to build successful and solid public-private experiences, it is necessary to have good, strong building blocks.

The current moment in Brazil could not be more appropriate to give a good think to this partnership. Moreover, the Brazilian experience can serve as a reference for other countries.  However, priority actions –building blocks- must be discussed to ensure the success of partnerships for development in the region.

Recent measures adopted in Brazil have reinforced the importance of public-private investments in the political agenda. Federal Law 13,334, dated September 16, 2016, consolidated the concept of  “partnership contracts” in order to cover all forms of contractual arrangements between the Government and the private sector for the execution of public enterprises, regardless of whether they are concessions or not. This new bill also has open doors to the broad concept of PPPs.

The current economic and political scenario in Brazil shows that it is necessary to further discuss public-private alliances. However, it is worth revisiting the practices adopted so far, and proposing improvements on the programs and projects already implemented. It is urgent to invest in major project preparation efforts, devoting human and material resources, and time for all stages of the initiatives. Such efforts are necessary to avoid frustration by investors, as well as mitigating the risk of flaws and failures in the execution of projects.

It is necessary to streamline process that consultants have to follow to bid for projects, since their participation brings technical expertise to any initiative. Making those processes competitive and rigorous is a must to keep them at the required level of competency.  It is also necessary to ensure the implementation of best practices and accounting standards already in place for partnerships that demand long-term public payments – avoiding the creation of undesirable liabilities on public accounts that can become a future burden for the  public finances.

Public-private partnerships should be transparent

Transparency at all levels is one of the keys for the success of public-private partnerships. Therefore it is necessary to create mechanisms to ensure open access to the pertaining information on public projects and initiatives. Such measures should strengthen the interlocution between market actors, control agents and representatives of the civil society since the initial conception, the bidding and the final execution of all contracts. The federal government, the states and municipalities should consider ways of articulating the exchange and the coordinated dissemination of data, taking advantage of new technologies and concepts, such as “big data” and “open data”, offering real-time access to information on the execution of public-private projects.

There is also the need to improve the regulatory frame by empowering regulatory structures and building mechanisms that will encourage effective delivery of quality services under a scenario of maximum legal security for investors and public managers. It is important to mention that most of the projects developed under public-private mechanisms are already regulated and submitted to the authority of different agencies.

Finally, it is necessary to eliminate possible entry barriers for new stakeholders in the PPP market by encouraging the participation of a greater number of potential contractors with technical and operational capacity. Expectations are now focused on the role that could be assumed by national medium-sized companies and foreign companies.

It is also worth thinking about the extension of the public-private partnership system based on performance metrics and risk sharing to other forms of contracts and to different spheres of government. There is a greater concern with the “results”, to the detriment of the “means” pursued by the private partner to accomplish the objectives of any given contract. In fact, several initiatives have already been carried out in this direction, and it is possible to identify a growing attention to the quality of public projects, as well as to the dialogue between the agents involved and the rationalization of the resources. Major issues, however, must be addressed in the short term to enhance the improvement of the institutional environment necessary to develop public-private investments in Brazil.

These elements indicate points on which attention should be focused. Several training programs, seminars and publications have been implemented, with the support of agencies such as the Inter-American Development Bank. Building solutions and presenting alternatives for investing in human capital, as well as for consolidating the public institutions, governance and transparency, are urgent and essential actions to pave the way towards the success of this partnership.

These actions are not all the building blocks needed to build strong and solid public-private projects, but they can be a quite solid foundation to build new and promising roads for Latin America and the Caribbean.

A book summarizing the current context of PPPs in Brazil is available in the Ministry of Planning, Development and Management web page.