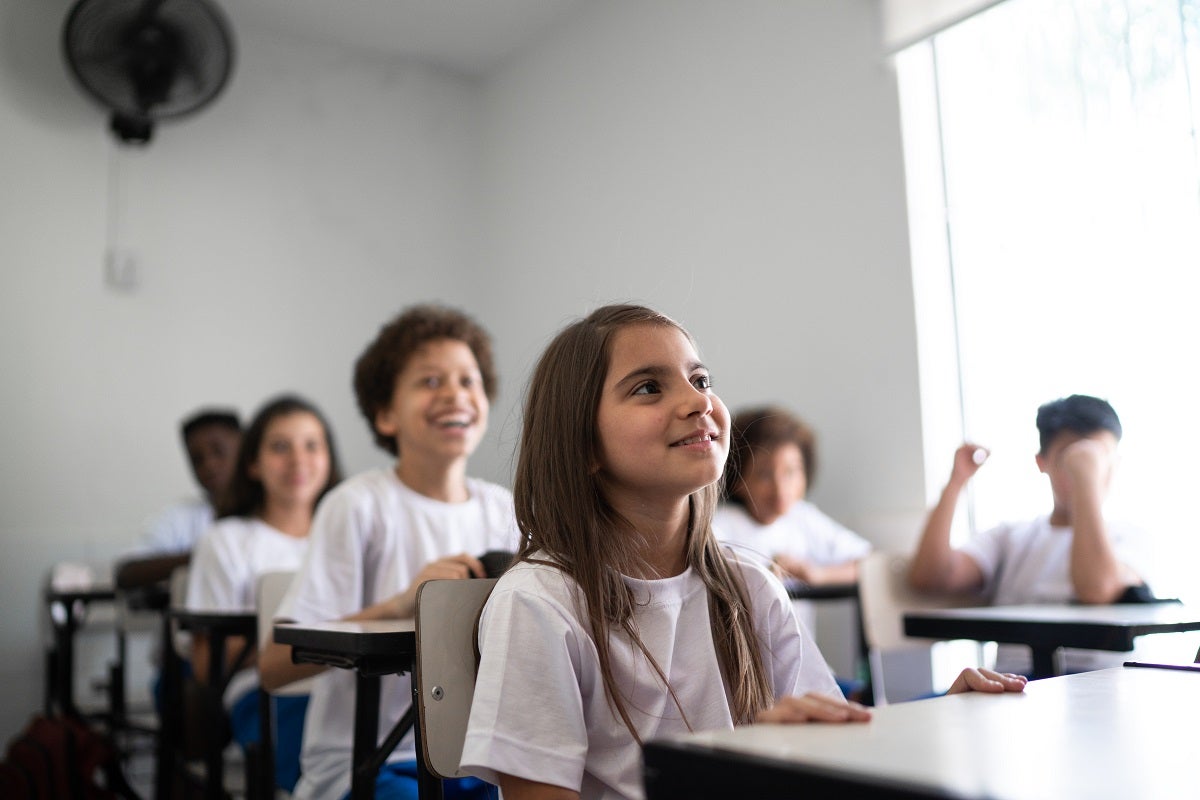 The need to improve the efficiency and effectiveness of public spending in Latin America and the Caribbean has become increasingly urgent, especially during the COVID-19 pandemic, a crisis that has impacted economic activity by, on one hand, reducing public revenues and, on the other, increasing pressure for more services.

The crisis is leaving many of our countries with high fiscal deficits and growing indebtedness. To come out of the crisis and reactivate their economies, governments will need to implement fiscal adjustment measures that promote growth as well as the efficiency and productivity of public spending. Against this backdrop, now, more than ever, our region needs to spend better with the same (or fewer) resources.

To achieve this goal, our governments need to better understand the costs of providing public goods and services and be able to compare their results to identify what is working or not. In other words, they need to determine whether the funds spent are delivering the expected benefit. For example, they need to both find out why it is more expensive to provide services in certain schools, hospitals and prisons than in others and understand whether such results meet the needs and expectations of citizens.

A Public Service Cost System (PSCS can generate data to respond to this challenge and be an important tool to support the strengthening of fiscal sustainability in the post-pandemic period. Through the PSCS, spending effectiveness can be analyzed down to the smallest cost unit that is closest to the beneficiaries. In addition, it gives public managers a more precise measure of the technical effectiveness of public spending as well as of policies designed to maximize its impact. For example, governments could more accurately measure what proportion of their transfers are actually reaching non-vulnerable or unsupported populations and identify how much they could save with policies to improve the targeting of these subsidies [1].

A PSCS allows governments to measure how much money a government unit used to produce a certain public good or service by answering, for example, the following questions:

a. What is the cost of providing education to each student in each public school?

b. What is the disaggregated cost by type of expense: salaries, teaching material, school meals?

c. How much public money is spent on medicines, electricity, and nurses and doctors’ wages by medical specialty or hospital unit in the country?

d. How much does the central government spend per inmate in different prisons?

To implement a PSCS, governments must invest resources and effort. In addition, they should be clear about how they want to measure the costs and quality of the service provided and make comparisons to maximize the usefulness of this tool. More specifically, governments need to define:

Challenges to create a cost system

Chan and Pessoa (2015)[2] point out that, according to international experience, the implementation of the PSCS faces the challenges of complex public administrations, lack of a standardized and proven cost methodology, need for continuous training of system users, and a broad set of financial information that needs to be processed.

(i) Using budget information for cost measurement purposes even though, for the most part, budgets are prepared based on inputs rather than on results;

(iii) Process of allocating costs to units that provide public goods and services;

(iv) Difficulty of collecting and processing large amounts of financial and non-financial information; and

The IDB’s experience in implementing the cost system

The IDB has done important work with Brazilian state and federal governments to implement this type of system through PROFISCO,  a fiscal modernization program financed by the Bank’s Fiscal Management Division.

The program is helping several Brazilian states to have better information to support decision-making and improve spending management. Some of the main results include:

São Paulo: Better information on the costs of basic education and the prison system

The PSCS in São Paulo state has succeeded, for example, in measuring the costs of the basic education service provided per student in each of the 5,500 state public schools, Meanwhile, cost reports are already being routinely produced for the 166 state prison units.

The state’s PSCS began to be implemented in 2011 with IDB support and technical assistance from the International Monetary Fund (IMF). The PSCS aims to calculate the cost of the service provided, at the cost center level (hospital, school, prison unit, etc.), using the standardized direct cost method and data from corporate systems (Integrated Financial Management System or SIAFI, payroll, multiannual plan, information on assets, inventories and acquisitions). The following entities have the necessary methodology to consolidate costs: CASA Foundation and the Secretariats of Education, Health and Prison Administration.

The figure below shows the levels of information for the case of education down to the lowest cost unit level, allowing to compare each item and service provided.

Pernambuco: Measuring the cost of consolidated education and per each school

In the state of Pernambuco, by using the Cost Information System of Pernambuco (SICPE for its acronym in Portuguese), the state’s Education Secretariat can obtain consolidated cost information as well as a breakdown of costs for different levels in the organization, including for each school.

The SICPE aims to measure and record the costs of products, services, programs, projects, activities, actions, organs, and other cost objects of the state. The SICPE relies on a conceptual model and a technological solution that captures data from existing systems (SIAFI; payroll; information on consumption, depreciation and other expenses; accounting; and equity variation, among others). The SICPE has two modules: the first corresponds to Costs per Executing Unit and provides cost information at the organ’s aggregate level; and the second aggregates expenditures by cost center with information on the cost of each level of the organizational structure.

The Public Cost System (ACPF for its acronym in Portuguese) of Bahia allows the identification and disaggregation of costs incurred by economic classification in the state’s education sector, including schools. As shown in the figure below, about 90 percent of educational costs in Bahia are related to direct personal (e.g., wages and legal fringe benefits) and outsourced services.

Under the ACPF, cost accounting is carried out by administrative unit and category. The ACPF receives information upon payment of the expense from the Financial System, payroll, consumables, depreciation of personal property, and fuel consumption. A feature of this system is that it blocks payment until the information required by the ACPF has been completed. In addition, the system shows details of the sub-elements of the expense, identifying the composition of each unit’s costs and allowing comparison between the different administrative units.

Rio Grande do Sul: Focus on integration and transparency

The implementation of the Cost Information System of the State of Rio Grande do Sul (CUSTOS/RS for its acronym in Portuguese) began in 2012 to identify the costs of administrative units and State Public Administration programs.

Sectoral Cost Groups were set up in each agency to address the work processes of their respective areas in an integrated manner. In addition to financial and accounting information, CUSTOS/RS uses data from personnel, services, material, depreciation, equity, and lease systems. It analyzes costs by program and units such as education, public security, health, and public enterprises, as well as of the different secretariats.

Annual cost reports by government agency are published on the state’s Transparency Website, together with information on specific cost reduction initiatives to be implemented based on the cost analysis carried out.

The PSCS is a tool designed to help improve the quality of spending by accurately identifying the sources of cost discrepancies and inefficiencies in units that provide public goods and services.

Given the challenges countries currently face to maintain fiscal sustainability in the post-COVID period, the PSCS can help governments provide more and better public goods and services with the same level of public spending. The IDB has experience implementing this type of system in the region and can share a set of lessons learned to facilitate its future implementation in countries.

[1] In our book  Best Spending for Better Lives, How Latin America and the Caribbean Can Do More with Less, authors Pessino, Izquierdo and Vuletin measured the technical efficiency of several Latin American and Caribbean countries by disaggregating public spending according to its economic classification – transfers, wages and purchases – and comparing the situation of the countries with benchmarks. In the case of transfers, they compared the benefit lost by households in a less favorable situation when the subsidy ends up reaching a population that is not vulnerable and is not the object of the support in question. In the case of wages, they compared those of the public and private sectors for workers with the same level of human capital, under the assumption that the latter better reflects productivity; and, in purchases, the authors compared prices in the public and private sectors.

[2] See James L. Chan and Mario Pessoa (2016) Finding the Costs of Public Services: The Experience of the State of São Paulo in Implementing a Cost System.  In Carlos Pimenta and Mario Pessoa (eds.), Public Financial Management in Latin America: The Key to Efficiency and Transparency, IMF and IDB.