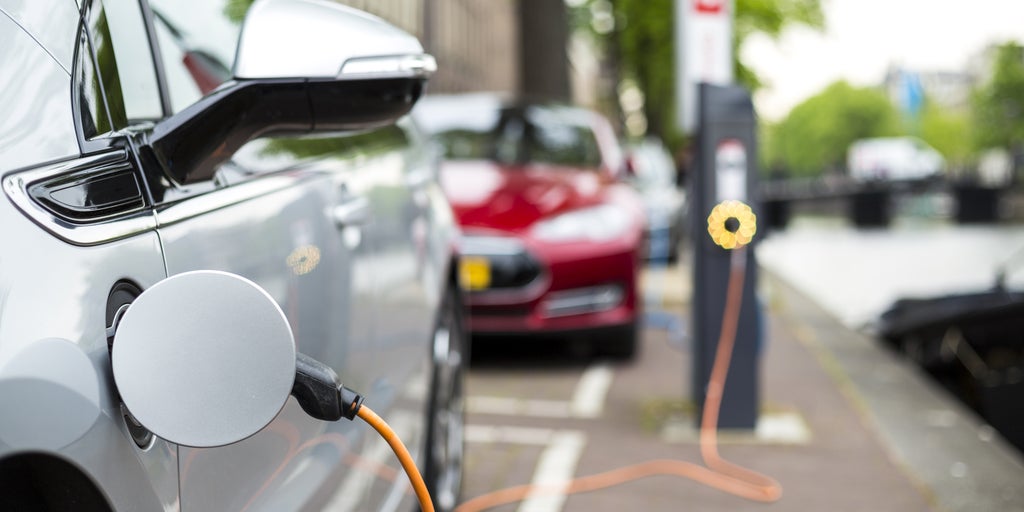 The global auto industry is in the midst of unprecedented disruption. Emissions limits in the world’s leading economies are forcing automakers to electrify their portfolios. In 2018, Elon Musk’s all-electric startup, Tesla, outsold BMW, Lexus and Mercedes Benz in the US, and nearly every major automaker has announced plans to electrify their line-up by 2025. Bloomberg New Energy Finance forecasts 57% of all new vehicles and 81% of all municipal buses sold will be electric by 2040. This is an opportunity for Jamaica.

Notwithstanding the clear message from global automakers that BEVs are the future, Jamaica’s car dealers are looking to the GoJ for leadership. Jamaica has only a handful of electric vehicles on the road, but that is about to change. The Inter-American Development Bank (IDB) is helping the Government of Jamaica (GoJ) develop a strategic framework for electric mobility to inform policy and support a seamless transition to battery electric vehicles (BEVs).

Jamaica on the road toward a green electricity

A decade after releasing the NEP, Jamaica has installed more than 100MW of additional hydroelectric, wind and solar capacity, and Jamaica Public Service Company (JPS) is in the process of replacing heavy fuel oil (HFO) as its preferred feedstock for thermal generation, with liquefied natural gas (LNG), heralded as a bridge to renewables. Jamaica is well on its way to diversifying its power generation matrix and renewable sources already supply the lowest cost electricity.

The growing contribution from renewables is great news. It means cleaner air and lower electricity costs. The diminishing role of oil, meanwhile, helps the GoJ save foreign exchange and comply with its Intended Nationally Determined Contribution to reduce greenhouse gas (GHG) emissions by 1.1 m metric tons, or 7.8% below the business as usual (BAU) scenario by 2030, against an outlook that implied an estimated 37% increase in GHG emissions between 2005 and 2030. The GoJ committed to a more ambitious target of 10% below the business as usual scenario if it receives international support to pursue other energy efficiency initiatives in the electricity and transport sectors.

Though transport was explicitly targeted as a sector requiring intervention in the NEP, it remains completely dependent on petroleum today. If Jamaica’s ICEV fleet continues growing at the current pace, it will undermine all the gains being made to reduce oil consumption via energy efficiency and fuel diversification. The mass adoption of BEVs and battery electric buses (BEB) is therefore critical to help Jamaica reduce its exposure to oil and reaffirm its commitment to combatting climate change.

How will BEVs impact in Jamaica?

BEVs are about 50% more efficient in converting liquid fuels to motive power, even when powered by electricity generated from oil derivatives. This means it costs about 50% less to drive a BEV the same distance as an ICEV, even with the existing fuel mix and electricity rates in Jamaica.

Producing electricity from renewable sources to power BEVs removes oil from the equation altogether and should be a key objective in the transition to electric transport. Jamaican households and businesses have already been installing renewable energy systems to generate their own electricity and reduce energy costs. Adding charging infrastructure to these “distributed generation” systems will allow Jamaicans to achieve an even greater degree of energy independence.

BEVs can also serve as back-up power during outages, reducing the need for expensive, loud, and polluting diesel generators. Emerging vehicle-to-grid (V2G) technology, meanwhile, could give BEV owners an opportunity to make money by selling electricity back to the grid. BEVs thus stand to make Jamaica more resilient, both in the face of natural disasters and economically.

Widespread BEV adoption is by no means guaranteed, however. Sales will be limited in the coming years if the higher up-front cost of BEVs relative to ICEVs is not addressed. The GoJ could make BEVs cost-competitive quickly by reducing import duties. Such a move would be consistent with existing regulations governing the importation of energy efficient and renewable energy equipment. Jamaicans need encouraging policies and regulations to switch to BEVs if progress made over the past 10 years to transform power generation is to be mirrored in the transport sector.

How the IDB is helping to develop the electromobility strategy for Jamaica?

The IDB has an extensive track record supporting governments of Latin America and the Caribbean in developing electromobility strategies and roadmaps, including Barbados, Bolivia, Chile, Colombia and Costa Rica. The IDB’s support to Jamaica will leverage best practices developed across the region for the design of an electromobility framework that optimizes the benefits of BEV adoption in the local context.

Additionally, the IDB’s electromobility team will continue to coordinate with representatives of several ministries, among other key stakeholders from the public and private sectors, reflecting the broad-based support for this transformative Programme under a public-private sector approach.

The package of IDB support includes technical assistance and funding for the development of an electric vehicle strategic framework, an enabling fiscal regime, standards and a regulatory/tariff structure for EV charging, inputs to a vehicle emissions policy, public sector fleet assessments and procurement strategies, training, communications and events. This support will lay the foundation for the GoJ to develop policies that facilitate a transition to electric mobility while planning for the fiscal and energy sector impacts of BEV adoption.

This technical cooperation is supported by a grant from Japan Special Fund and is part of a broader Electromobility Programme that will be complemented by grant resources from IDB Lab to develop the electromobility business ecosystem. IDB Lab will help develop innovative financial products and establish a Green Fund to make BEVs more accessible, among a host of other activities. The broader initiative will also benefit from grant resources provided by the United Nations Environment Programme Global Environment Facility (UNEP-GEF) to support the development of electric mobility policies and the electrification of public transit over the long term.

JPS isn’t waiting for that to happen. The utility has announced the roll-out of 12 public charging stations across Jamaica, beginning in 2019, enabling BEV drivers to traverse the entire island, regardless of how far their particular BEV can go on a single charge. Private sector fleet operators aren’t waiting either. Plans are afoot at some of the country’s leading companies to pilot BEVs and begin transitioning their fleets.

The supply of BEVs in local showrooms will depend heavily on a clear policy position backed by regulations that make BEVs cost-competitive with conventional cars. If this doesn’t happen, BEVs will still arrive, but not as soon, and the hefty cost premium will limit uptake to those who can afford the higher price tag relative to gasoline and diesel vehicles, restricting the benefits a mass rollout would have for the country as a whole. In the meantime, the relative cost of ICEVs will fall as emissions restrictions tighten in larger markets and, without an adequate and enforceable vehicle emissions framework, Jamaica will become a dumping ground for obsolete technology.

The IDB applauds these early efforts and will support the transition to sustainable energy use in transport by leveraging technical expertise and concessional financing, while coordinating activities and investments to ensure electric mobility becomes a catalyst for a better quality of life for all Jamaicans.

Dr Malaika Masson is a Senior Regional Energy Specialist at the Inter-American Development Bank (IDB). She brings 15 years of experience bridging governance and institutional policy with transformative investments in the energy sector. She currently manages the IDB energy portfolios for Jamaica and Bahamas, focusing on integrated resource planning, investments in renewable energy and energy efficiency and alternative fuels for transport. Prior to joining the IDB, Malaika worked for 9 years on public private partnerships and extractive industry governance within the UK Government, Chatham House, and Shell Group and served on public boards. Malaika received a Ph.D. in 2003 in Management Studies from Cambridge Judge Business School, Cambridge University.