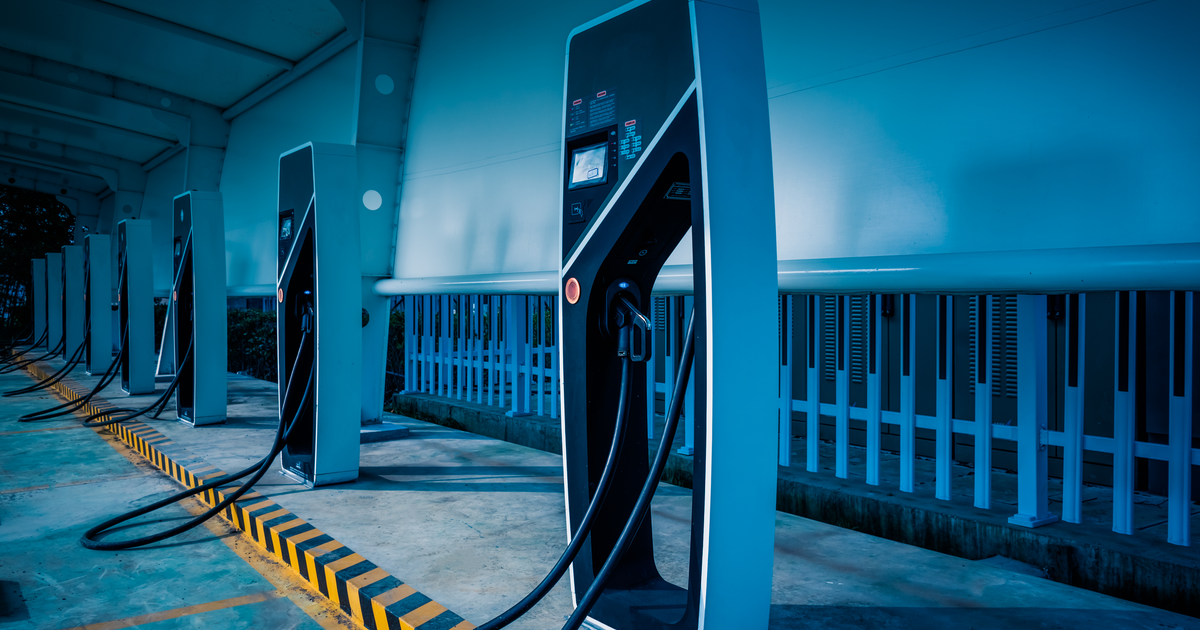 Electric mobility is a technological revolution that can greatly impact the electricity and transportation sectors of Latin America and the Caribbean (LAC). As battery costs continue to decline and business models for deploying electric mobility evolve, electric charging infrastructure will be key to accelerating the energy transition. Energy regulators have a critical role in deploying charging infrastructure by public and private actors.

To this end, understanding why and how the activity of delivering electricity to vehicles will be regulated is crucial for developing charging infrastructure. Is electricity charging an electricity sales activity? Is it a transportation service or both? And what are the implication of such decisions −and others such as pricing and technical standards− on the deployment of chagrin infrastructure? This is the topic that a new IDB publication, “Transport Electrification: Regulatory Guidelines for the Development of Charging Infrastructure,” addresses as many energy regulators face these questions in LAC.

The report finds and recommends that the approach to developing charging infrastructure regulation and guidelines should be enabling in nature and, for the most part, competitive in nature as to provide the foundations for a dynamic ecosystem of charging solutions for different use cases -such as charging at home, work, and public charging- with multiple actors.

Slow charging needs less infrastructure and is less costly but is a critical enabler for home and workplace charging while cars remain idle for long hours. Fast charging is critical to minutes charge a car when moving from one city to another and generally at longer distances. The actions by regulators should consider the following aspects: (i) the type of charging infrastructure (i.e., private, public, or long-distance charging), and (ii) the stage of development and adoption of electric mobility.

Private charging infrastructure includes privately-owned chargers (or regular electricity outlets that can charge at low speeds most electric car models), which are not accessible by the public. This is a charger at a private home, for example. In addition, there could be publicly available charging infrastructure that provides a service to consumers in private spaces (e.g., public-private charging stations at an office building).

For private charging, the basic needed enabling regulatory framework should guide the needed technical standards, especially for electrical safety. Regarding price regulation, like any other internal use in a home or a building, no special rates should be imposed or required for consumers that install electric charging infrastructure at the initial stages of development. Optional time-of-use rates, with separated metering for the charging stations, can be considered to test time of use rates.

These two scenarios are critical for 90% of the charges mentioned above. And thus, the appropriate regulatory framework is critical so that property owners have the incentive to develop such infrastructure. Then, there is a fully public need for charging to be available to all users located at spaces available to the public. Latter context is critical for fast charging for long-distance travel, mostly in highways connecting cities.

For public charging in private spaces, in the early stages of deployment where the main goal is to incentivize the deployment of the infrastructure by multiple actors, energy regulators have the critical task of defining if the charging activity constitutes a price-regulated supervised electricity activity.

Considering EV charging a commercial service instead of a regulated sale of electricity has proven to be critical for public and private sector investment in charging infrastructure in the urban space.

Some countries in LAC interested in strongly promoting electric mobility, such as Colombia, Mexico, and Peru, have already made this decision. In the USA and Europe, such types of definitions have also been generally adopted. For example, in Peru, the recent Supreme Decree Nº 022-2020-EM approves provisions on the electric power supply and charging infrastructure for electric mobility, establishing that it has a commercial nature and will be carried out under competitive conditions.

In the case of Spain, the Royal Decree-Law 15/2018 includes modifications to the Electricity Sector Law about services of energy recharge for transport, establishing it has a commercial nature and that any provider can supply these. Electric mobility will increasingly be important in cases where the host installation is not under time-of-use electricity rates. Time-of-use rates and dynamic pricing with higher EV penetration levels will also benefit the electricity grids by providing flexibility to the grid and reducing investment needs.

Such definition is critical so that owners of private buildings have the incentives to invest in charging infrastructure and recover its cost via different sources of revenue, including parking fees, customer loyalty benefits, advertising benefits, and others. A medium-speed charger can cost a few hundred dollars to a few thousand dollars depending on its capacity, which is generally not a large investment compared to other costs in a building. Many innovative businesses have evolved in such a context where the activity is considered competitive.

Electricity regulators should consider that price regulation’s most basic premise is to avoid prices above competitive levels and monopoly power. Such situations are harder to happen in EV charging services in the urban context if a competitive ecosystem is developed. Many options are available, including home charging, which greatly diminishes the possibilities to exploit market power in most contexts. Electricity regulators should always consider basic consumer protection guidelines such as providing ease of access to payment options, receiving proof of purchase of the service, monitoring the services to understand its development, and protecting consumers in case of complaints.

On the other hand, long-distance fast-charging infrastructure, which refers to high capacity (in kilowatt) charging stations −which entails higher investment costs several ten thousand dollars per installation− is usually placed alongside highways for intercity travel. Policymakers and regulators need to focus on providing the right incentive to support an activity that is hard to be commercially viable at low levels of EV adoptions.

While some governments have and continue considering public funding to partially subsidize the costs of fast EV charging networks or some car dealers develop integrated plans for the costumers; these solutions may not be available to fiscally constrained governments or where higher prices of vehicles, which offer deployment of charging infrastructure, may not be affordable. Thus, other deployment models should be considered, and electricity regulators have an important role to play.

One model to effectively develop long-distance fast-charging stations is where energy policymakers, regulators, and electric utilities work closely to develop the needed infrastructure facilitating consumer uptake of electric mobility. In this model, the plans of fast charging stations are ordered by policymakers and reviewed by regulators for consideration as part of the utilities’ electricity network investments programs. With that, part of the development cost of EV charging networks can be recouped from electricity rates and part from the users of the EV charging services, thus incentivizing the uptake of electric mobility. This approach has proven critical in the initial stages of EV charging development in China and is also used in other jurisdictions such as California.

In LAC, an example of policies and regulations where utilities (power companies) are designated as the responsible stakeholders regarding the roll-out of fast charging infrastructure along the national road network would be the case of Costa Rica and Uruguay.

IDB publication: A guideline for the development of electric mobility electricity regulatory framework

Undoubtedly, the development or adoption of technical standards needs to consider the dynamic evolution of electric mobility. Technical standards of charging infrastructure will evolve along with the electric mobility technology development and supply and how it gradually integrates more broadly with the electric grid. Thus, is important not to impose technical regulation that the market will not deliver, especially when electric vehicles are still driven by suppliers.

For more details, look at our recent publication “Transport Electrification: Regulatory Guidelines for the Development of Charging Infrastructure,” The IDB addresses these issues as it continues to help various regulators in the region develop such an important enabling environment.

Dr Malaika Masson is a Senior Regional Energy Specialist at the Inter-American Development Bank (IDB). She brings 17 years of experience bridging governance and institutional policy with transformative investments in the energy sector. She currently manages the IDB energy portfolios for Jamaica and Bahamas, focusing on integrated resource planning, investments in renewable energy and energy efficiency and alternative fuels for transport. Prior to joining the IDB, Malaika worked for 9 years on public private partnerships and extractive industry governance within the UK Government, Chatham House, and Shell Group and served on public boards. Malaika received a Ph.D. in 2003 in Management Studies from Cambridge Judge Business School, Cambridge University.