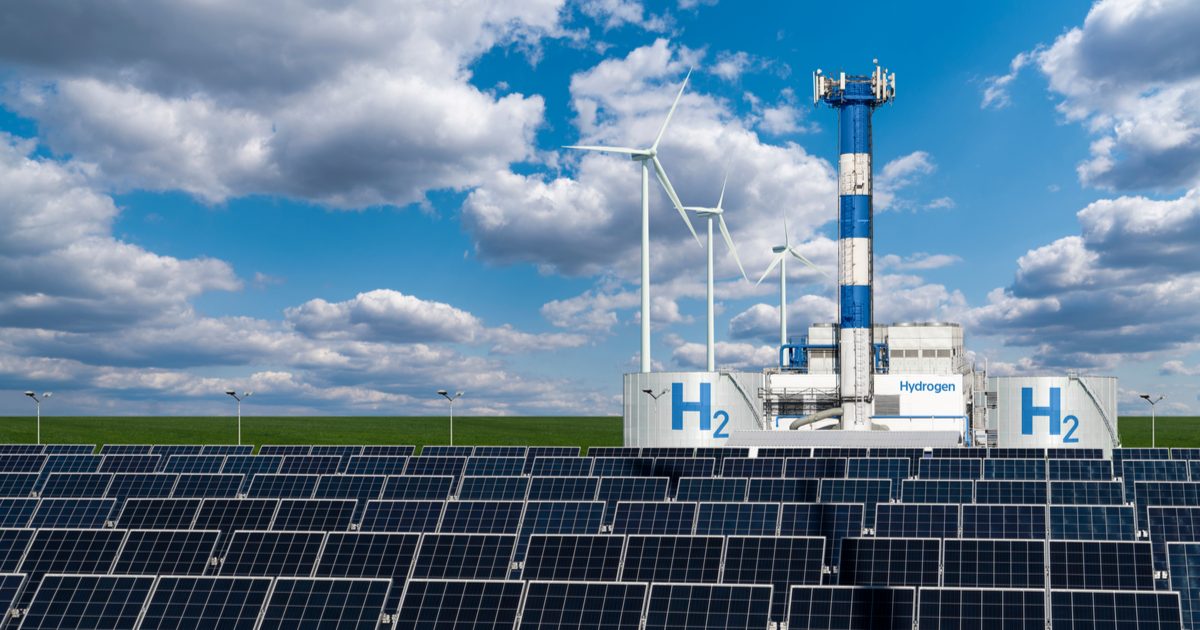 Colombia published the National Hydrogen Strategy and Road Map. This guide will be key for securing a strategic position in a nascent industry that has the potential to revolutionize energy markets in the coming decades.

Hydrogen is the most abundant element in Earth’s atmosphere. It can be utilized as fuel, an energy carrier, and industrial raw material to store and transport energy. When produced from renewable energy, such as solar or wind, green hydrogen can be essential in the race to net zero. From Namibia to Canada, and Chile to the EU, policymakers are looking at hydrogen more than ever before.

There has been progress for this agenda in Colombia too. Last month, the public consultation deadline of the hydrogen road map concluded, which is available now as of September 30th.

The main objective of Colombia’s Hydrogen Road Map is to facilitate the development and implementation of more green hydrogen countrywide.  This process will enable the country to reduce carbon emissions and meet its ambitious climate commitments under the 2015 Paris Agreement.  But to get there, they will need to achieve several steps and milestones in the short, medium, and long term.

The Ministry of Energy and Mines will use this roadmap to continue the decarbonization of the energy sector. This tool provides an analysis of hydrogen production routes, internal demand, the potential to export to other countries, and mitigation potential. It also identifies the regulatory changes needed to promote hydrogen-based technology and, therefore, to continue with the next step: executing a hydrogen deployment plan and laying out the conditions of the hydrogen supply chain in Colombia.

The Inter-American Development Bank, through the Energy and Climate Change Divisions, in conjunction with United Kingdom Sustainable Infrastructure Program (UKSIP), supports the Colombian Government to develop this roadmap. This program has already been a catalyst for Colombia to mobilize future strategic investments from the private sector, which will promote sustainable low-carbon infrastructure. Green hydrogen aligns with the UKSIP operational framework because it can fulfill energy efficiency goals and reduce carbon emissions in the energy and transport sector, and in industrial processes.

How to enable the regulatory framework of a new industry?

The Colombian Government is completely invested in decarbonizing the economy. As stated in their updated National Determined Contribution, they have pledged to reduce Greenhouse Gas emissions by 51% by 2030 compared to 2010 levels. The country is also assessing a domestic emissions trading system to include a carbon tax that will open the door to blue hydrogen technologies while green hydrogen reaches maturity.

The Energy Transition Law N°2099 can be a favorable incentive as it establishes a positive fiscal framework for Non-Conventional Renewable Energy investments that can contribute to economic recovery. Hence, the Law considers green hydrogen eligible to tax benefits as specified in Chapter III of Law 1715 of 2014. The Law considers blue hydrogen as well.

Additionally, it is worth mentioning the Bill 365 of 2020 which promotes new technologies such as green hydrogen and recognizes it as a prominent fuel to be utilized in different industries.

What are the key messages in the Hydrogen Road Map?

The Road Map projects that the internal demand for hydrogen in Colombia will reach thresholds of 1.6-1.8 Mt by 2050. There is also tremendous solar energy potential in the Guajira area alone, which is projected with the potential to reach 42 GW. If Colombia utilizes all its renewable potential to produce green hydrogen, after the conversion stage, it could obtain 3.2 Mt of hydrogen (5.8 Mt if offshore wind potential were fully exploited). All this to say, it is possible to supply hydrogen for internal demand with renewable sources in Colombia in the upcoming decades.

According to the road map analysis, the Levelized Cost of Hydrogen (LCOH) in 2030 in Colombia is 1.7 USD/kg, which is similar to the values identified in other countries such as Chile or Australia. This places Colombia in a very important position in the future global hydrogen market, especially considering potential exports. The analysis shows that after 2030, green hydrogen will be produced in some Colombian areas reaching parity of costs with blue hydrogen.

As per the figure below, blue hydrogen produced by either coal gasification or Steam Methane Reforming with CCUS will not be competitive with green hydrogen (wind) after 2027 and green hydrogen (solar) after 2037.

To move forward, it is important to bear in mind the infrastructure that will be needed to enable blue hydrogen during the principal years of technology deployment. 15-20 years are expected to finally transition from blue to green hydrogen as production routes will reach a breakeven point in 2030-2040. Therefore, it is essential to invest with caution in order to avoid potentially stranded assets. After all, carbon capture technology is expensive and still at its earliest stages.

Taking into account the project cycle timeline in Latin America, one must factor in: procurement, design, construction, and commissioning of new infrastructure assets. It is possible that by the time blue hydrogen technology is adequately installed, green hydrogen can be already competitive and ready to be deployed.

Blue hydrogen could also be used at an early stage to decarbonize specific industrial applications, with a limited window of opportunity in the short-medium term. It would be a low-emission alternative for the progressive transition of the country’s mining and gas sectors while taking advantage of the large gas and coal reserves and expert know-how of the Colombian industry. Hence, blue hydrogen could be the foundation to create and grow the hydrogen supply chain and market until green hydrogen is competitive and can take over.

From 2030 and 2040, we could see both blue and green hydrogen take off in Colombia.  Its natural energy resources are abundant, and its location is a great asset. After 2040, green hydrogen can become the most competitive alternative across all of Colombia’s territory. Hydrogen could potentially supply approximately 9-10% of the total energy demand in 2050, which would translate to a potential annual reduction of emissions of 38 Mt CO2 compared to 2020. Simply put, this would help grow Colombia’s energy infrastructure while helping them meet its international climate commitments and decarbonization goals.

As Technical Advisor for the Sustainable Infrastructure Programme of the UK, Pablo Navacerrada manages a project portfolio covering Colombia, Peru, Mexico, and Brazil for the IDB. He is responsible for sectoral analysis at country level regarding renewable energy, clean transportation, solid waste and cross-cutting themes at upstream level that contribute to emissions reduction. Before joining the IDB, Pablo worked in the private sector with international financial institutions, primarily in the energy sector. Pablo holds a bachelor’s in environmental sciences and a master’s degree in engineering sustainable cities from Aalborg university, Denmark.

Alexandra Planas is a Senior Energy Specialist at the InterAmerican Development Bank, in charge of the Colombia energy sector portfolio. She has more than 18 years of professional experience on energy and related cross-sectoral issues (environment, climate change, regional integration, capacity building), including 15 years working at the World Bank in the Latin America, Africa, and East Asia and Pacific regions. She holds a Master Degree in International Economics and Energy and Environment from Johns Hopkins University.