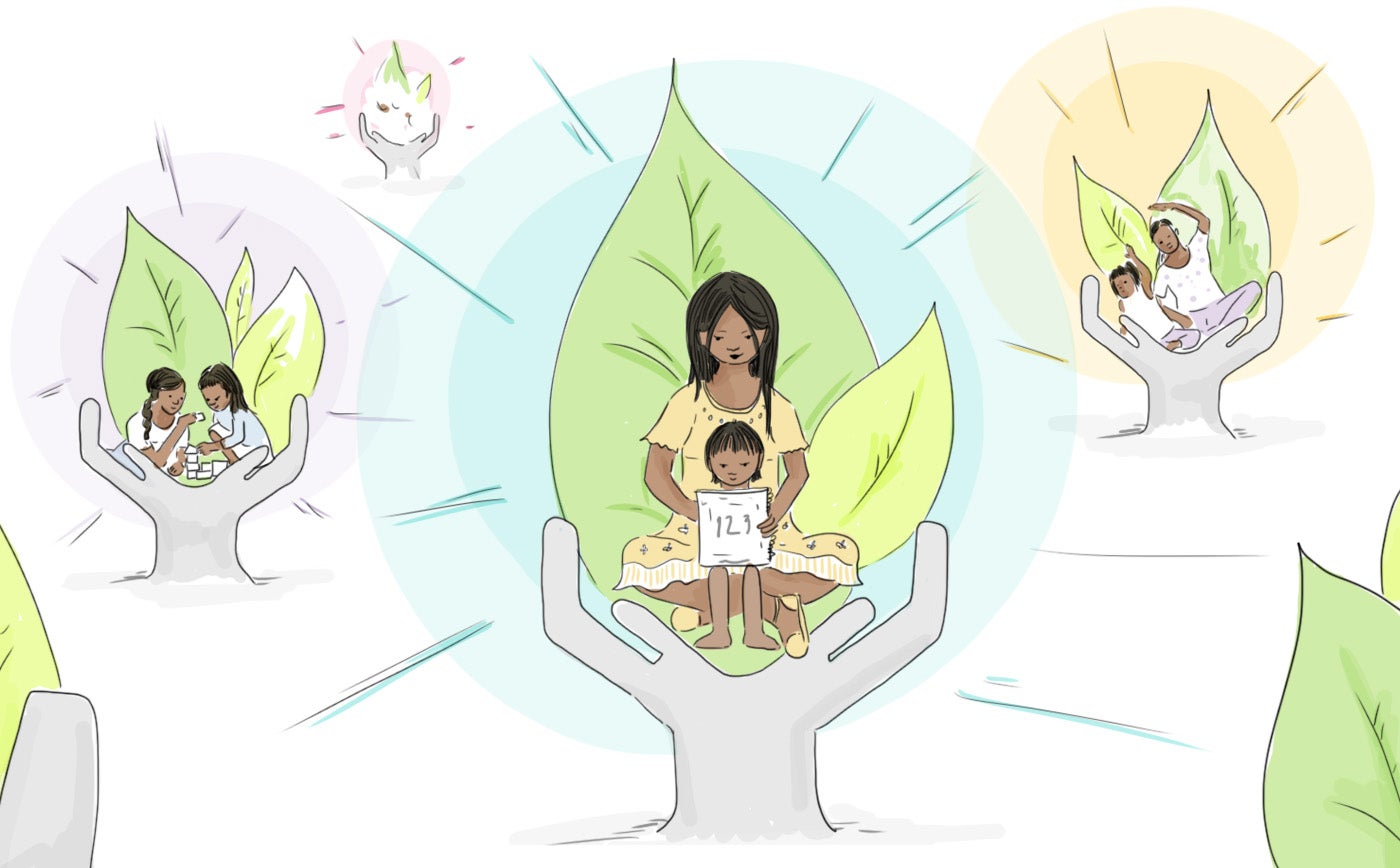 In developing countries, empowering women and enhancing early childhood development are often pursued as separate policy initiatives. This is partly because female empowerment and child development can be perceived as potentially at odds with each other, as some believe a greater participation of women in the labor force stands in the way of child development, since children get less time with their mothers.

In a new paper I co-authored with Victor Lavy and Zizhong Yan, we study an approach that pursues both goals at once by empowering mothers and teaching parenting skills that advance their children’s development. We find that not only are these goals not at odds with each other, but both can actually be accomplished at the same time.

PelCa (Preescolar en la Casa) is a home-preschool program which has been operating in Ecuador since 2005 and is designed to enhance both women’s empowerment and early childhood development. A qualified family advisor trains groups of six to eight mothers who attend group sessions at the NGO with their children.

They receive structured training focused on building their self-confidence and self-awareness, while also strengthening their role in the family. They participate in discussions on the importance of self-care, personal growth, gaining awareness of their own talents and acting upon them, while also learning parenting techniques that emphasize their children’s early development.

At the same time, their children socialize through educational games and didactic materials. At the end of each session, family advisors teach mothers and children educational activities that can be reproduced at home, to improve the quality of maternal-child interactions and enhance mothers’ participation in child development activities.

An evaluation of the program shows that it empowers women in many ways. Participants are more likely to go on to be employed, have a full-time job often in the formal-sector, earn higher wages, manage their own money, make spending decisions more independently, and return to school as an adult. After graduating from the program, they also play a greater role in decision-making within the household, especially with regards to child education and discipline. And they spend more time with their children, practicing their cognitive and social skills.

Children benefit from the program as well. It significantly reduces the drop-out rate and likelihood of repeating a grade or temporarily withdrawing from school, strengthens non-cognitive skills, and improves scores in cognitive tests.

Treatment intensity also plays a role: the longer the mother stays in the program, the more empowered she becomes within the household. Moreover, mothers who were less empowered at baseline are the ones who gain the most in terms of advancing their role in decisions about the household and the allocation of resources.

The program had different results on children as well. Girls in the program appear to make great progress in test scores but there is no corresponding effect on boys. And children whose mothers had a lower level of education improved their cognitive skills far more than children of more educated mothers.

The effects on children’s non-cognitive skills are also interesting. After participating in the PelCa program, children improve their school attendance levels and behavior, and the male students appear to have better attitudes towards schooling.

Overall, the home-preschool program that we studied helped mothers raise their children in an environment which was more conducive to learning. This had positive effects on child development while also empowering mothers at home and in the community. This is great news for the entire family.