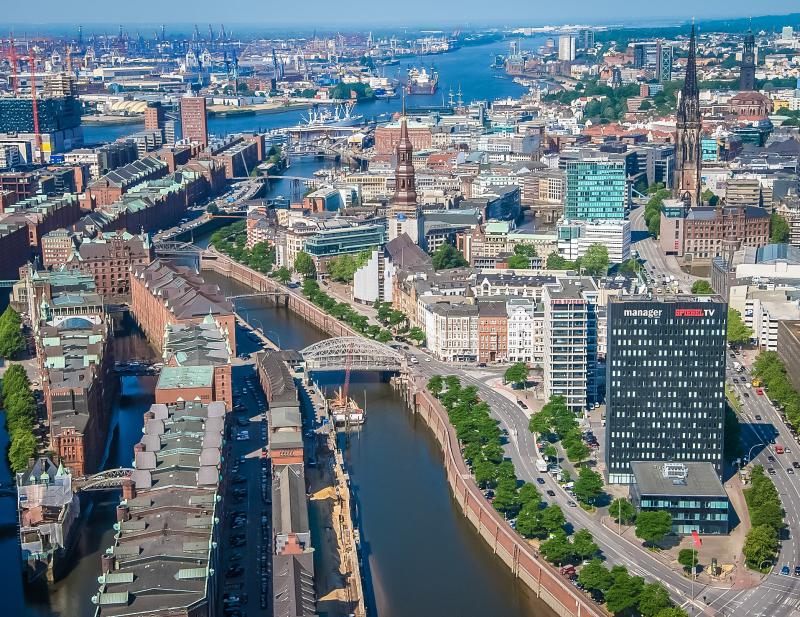 “We’re the level of government closest to the majority of the world’s people. While nations talk, but too often drag their heels—cities act.” – Mayor Michael Bloomberg

Just like in Latin America and the Caribbean (LAC), cities in Europe are central for economic growth and innovation, particularly in Germany. The German Federal Government has placed a special emphasis in the sustainable development of its cities. Approximately half of Germany’s population lives in the 30 major urban German agglomerations, such as Berlin, Hamburg, Munich, and Cologne, but also in smaller cities including Münster, Freiburg, Leipzig, and Dresden. Through a robust decentralization framework, the country has been able promote dynamic and functioning cities to meet the needs of their citizens.

Due to Germany’s broad experience in this field, as well as the already existing strong ties between both regions, the Emerging and Sustainable Cities Program (ESC) together with Germany’s Federal Ministry for Economic Cooperation and Development (BMZ) and the Service Agency Communities in One World (SKEW) of Engagement Global, organized the 2016 LAC-Germany Mayors Forum titled: “Urbanization in Germany: Cities’ Solutions to Urban Development Challenges”, held on May 30th and 31st at the Atlantic Kempinski Hotel in the city of Hamburg.

View over Hamburg and the river Elbe. Photo: Wolfgang Meinhart

This exchange between mayors served as an initial discussion on collaborative opportunities between LAC and German Cities, with the ultimate goal of developing a technical assistance program between the cities of both regions in order to create a network for knowledge transfer. The Forum also served as a business opportunity for German private sector companies, for instance, within the framework of technical consulting services and cooperation for financing urban infrastructure. As an outcome, Latin American cities will take away the support to overcome daily challenges, while establishing future strategic partnerships between municipalities and the private sector in both regions.

The two-day Forum had more than 160 participants from over 30 countries in Europe, Latin America and the Caribbean. There were Mayors and City Officials from 41 Latin American and Caribbean cities and over 20 German Cities, numerous representatives from the German private sector, academia and development banks, as well ESC partners such as the Nordic Development Fund (NDF).

Germany continues to have strong commercial ties with Latin America, which has allowed many German companies to have knowledge in various aspects such as financing alternatives, relations with the government, the macroeconomic framework, and risk management in the exchange rate, among others.

Based on the experience of Emerging and Sustainable Cities Program in the development of Action Plans in 30 cities in the region, our Team identified areas in need of immediate action which could benefit from the sharing experiences with German cities and in which there are investment opportunities for the German private sector. These issues were the themes of the various sessions in which the German experience was presented and its possible replication throughout Latin America discussed, including:

The most affected sectors in Latin America, such as public transportation and solid waste management, need more investment in infrastructure. The region requires institutional strengthening and technical capacity for planning and implementation of effective projects that are aligned with the needs of its citizens. It is important for Latin America to continue promoting an exchange of experiences with Germany in programs of economic trade and sustainable development in order to foster future strategic partnerships and job opportunities amongst the municipalities, academia and private sector of both regions.

LAC Mayors and city representatives took home the understanding that for many of the challenges in our region it is not necessary to “reinvent the wheel”, but rather partner with cities that have already implemented solutions and adapt them to our region.

Many opportunities for collaboration came to light during the forum, particularly associated with the need for more investment in urban infrastructure. Estimates suggest that Latin America has an annual infrastructure deficit of around 5% of the region’s GDP. 70% of this investment is required in the areas of transport, water sanitation and waste collection. One of the major challenges for intermediate cities of the LAC region over the next decade will be precisely to find a way to provide sustainable urban infrastructure for all, and discussions with German financial institutions such as GIZ, KfW and DEG provided insight into tackling these obstacles.

It was clear to forum participants that the best way to crack the dilemma of a city’s development and growth is by addressing the challenges in an integrated manner. Knowledge transfer and strategic partnerships are key tools in these efforts.

In this sense, the spirit of the Hanseatic League, of which Hamburg was a part of, serves as a great example of how cities can come together and collaborate with the goal of supporting each other in their challenges in order to advance the wellbeing of their citizens. The LAC-Germany Mayor’s Forum contributed to enrich the discussion of local government officials on city sustainability by bringing to the table examples of holistic, inclusive and sustainable planning, keeping the quality of life of their citizens at the center of the debate.

“Mayors in ordinary times, are often extraordinary, bigger than the cities they govern and able to dramatize the city’s character and amplify its influence”– Benjamin Barber, If Mayors Ruled the World

Erick Marin Müller joined the ESCI team in March of 2015 to work with the Program’s’ external relations and strategic partnerships. Previously, he served in the Costa Rican Foreign Service as a Counselor at the Embassy of Costa Rica in Washington, D.C. Erick has a B.A. in International Studies and Political Science from Elon University in North Carolina, a M.A. in International Affairs from American University in Washington, D.C. and a Certificate in Multilateral Governance from the Graduate Institute of International and Development Studies (IHEID) in Geneva, Switzerland. Originally from San Jose, Costa Rica, Erick has additionally lived in El Salvador, Peru, Brazil, Tajikistan, Germany and Vietnam. Follow him on Twitter @erickmarincr
Keisgner Alfaro joined the ESCI team in June of 2015 as Logistic Coordinator for the Program’s capacity building and knowledge exchange events. Previously, he worked with a Miami-based consulting company on anti-trust and intellectual property litigation, as well as at the Department of Economic Development at the OAS. Keisgner holds a B.Sc. in Economics from Penn State University and an MBA in Economics from George Mason University. Originally from Venezuela, Keisgner has lived in Bolivia, Peru, Guatemala and Argentina.