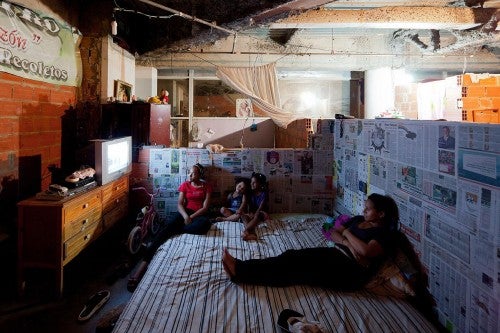 By the editorial team

A country that has gone from being poor to rich in half a century, from agrarian to hi-tech, from rural to urban, must have a lot of stories to tell. And we should all listen. South Korea’s case is stunning because of the fast pace in which it underwent modernization. For Latin America and the Caribbean, it is especially intriguing: 50 years ago South Korea had an economy that was less industrialized than that of our region, yet today is ahead of it in all aspects of human and economic development. South Korea is indeed a “primus inter pares” for the developing world. The question everyone is asking is, “can this feat be repeated?”

In 1953 the Korean peninsula was in ruins. That year a war between the two Koreas had ended. It was the first armed conflict of the Cold War. In 1960, a coup ended political instability and ushered in an era of 19 years under the autocratic leadership of Park Chung Hee. Since then South Korea has implemented an economic modernization plan based on exports, with industrialization directed by the State and hefty investment in human capital.

In South Korea, this process included three periods. There was an “initial” period from 1920 to 1960, triggered by migration of people from the country to the city, plus deportation and immigration during the war. From 1960 to 1990 the country saw a second “intermediate” period of urbanization happening at the same time as industrialization, as industrial production absorbed manpower. The third period, the “advanced” one, started in 1990 and was generated to a large extent by transport infrastructure and the massive use of automobiles, which allowed suburbs to grow.

In Latin America and the Caribbean, on the other hand, urbanization did not take place in tandem with economic growth, and this explains in some part the poverty, ramshackle human settlements and lack of urban infrastructure that saddle our cities.

But South Korea’s urbanization has not been problem-free. The environment is one of the big victims, as there are high levels of pollution. The modernization strategy of the period 1960-1980 was a success for industrial development, but it led to excessive concentration of people in metropolitan Seoul, which caused a housing shortage and urban sprawl. In the period 1980-2000 urban planning and housing policies tried to reverse this trend, encouraging the decentralization of the capital and a more even distribution of the population around the country. In 2000, the Fourth National Territorial Plan came into force, marking a shift toward policies aimed at achieving sustainability and improving people’s quality of life.

How much of this experience can be repeated? How much stems from circumstances that are unique and cannot be replicated, to a convergence of historical, geographic and cultural factors and to opportunities in the global economic cycle? This is the big question that will be discussed today by leading specialists at a meeting at the IDB. Taking part in it will be Luis Alberto Moreno, the IDB’s President; Suk Joon Lee, South Korea’s Deputy Minister for Strategy and Finance; David Kang, Director of the Center for Korean Studies at the University of Southern California; Diane Davis, Professor of Urban Planning and Development at the Harvard University; Alejandro Portes, Professor of Sociology at Princeton University; Jae-Gil Park of the Korean Institute of Human Settlements; and Nora Libertun, an IDB specialist in Urban Development and Housing.

In a future blog post we hope to share with you the results of these discussions. We do not know how much we have in common with the most gifted student in the class, but we do know that Latin America and the Caribbean must pay close attention to what South Korea learned on its path to modernization.