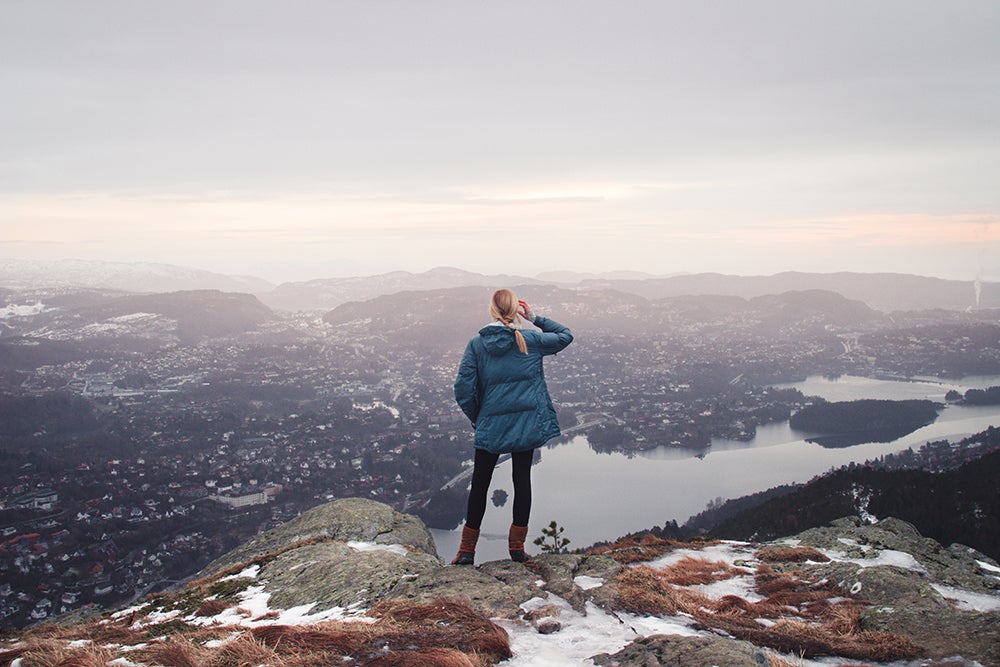 In many countries, you will often hear people start a conversation by talking about the weather. The typical explanation for this is that weather is such a neutral topic that it is relatively safe to use it as an opening line. But, to what extent is this changing?

Climate change is a variation in the “average weather,” which scientifically refers to the statistical distribution of weather patterns. It is considered a change when the alteration of these patterns lasts for an extended period, which might be decades to millions of years. The World Meteorological Organization (WMO) has defined 30-year intervals as the typical period separating “weather conditions” from what should be considered as “climate conditions.” These 30-year periods can go back in history as well as be used to predict future climate using modern modeling tools.

The increasing interest for climate change has resulted in many discussions and publications, though many of these actually refer to weather conditions or fluctuations that take place in periods of less than 30 years. While many weather fluctuations can be handled by wearing rubber boots or hats, climate change is a totally different issue that typically requires long-term planning and considerable investments that go far beyond capacity building and minor technical interventions. When it comes to smaller cities, there are different approaches to help them adapt to climate change.  But what can be done to achieve a greater impact at a lower cost?

Adaptation to climate change can happen in two ways. On one hand, incremental adaptation is based on expanding actions and behaviors that already exist to avoid system damage or collapse. On the other, transformational adaptation is a much broader approach with the purpose of pushing a socio-ecological system over a tipping point towards sustainability according to the needs and desires of the beneficiaries, particularly the most vulnerable ones. Incremental adaption could therefore be seen a bit like business-as-usual, while transformational adaption requires thinking out of the box. Of course, there are many exceptions to this.

Though cities’ development and climate change issues might appear to be well-known, experience shows that practitioners, communities and policy makers could benefit from getting a much better sense of what successful adaptation looks like and what is the best way to implement it. For instance, some cities have been able to develop solutions that address several issues at once, such as adaptation, mitigation, biodiversity and social equity. The best way to access these examples is through networking, which is also a good source of ideas on how to make the necessary adjustments across different physical and social environments.

As mentioned before, the 30-year timeframe is important to separate weather from climate. After this is done, the conceptual thinking should begin by asking a few simple questions: 1) adaptation to what? 2) who or what should adapt? 3) how does adaptation occur? The severity of future climate impacts must also be calculated and visualized, as this is key to motivate key actors and secure investments. Projects that don’t estimate impact appropriately are likely to fail, so after hearing or reading about a promising project somewhere, always go and visit it, see how it works, and ask the right questions before you decide to use it as template and fit it into the unique settings of your city.

Calculating the cost of transformational adaptation is difficult, and therefore often assumed to be very high. This is where contacts and networking come in. In comparison, the cost of incremental adaptation is normally a lot easier to calculate, as it is often related to the cost of something that already exists. However, some solutions might not be adequate to tackle an issue over 30 years (or more) into the future. There are also institutional barriers caused by cultural norms and complex legal systems. If not handled, they can delay projects and increase their cost.

The path to success will need: a) strategies that engage multiple stakeholders in a meaningful, interactive and continuous way; b) modern visualization tools that trigger the imagination; c) synergies between climate change adaptation, mitigation, and other development priorities; d) integrated participative decision making; e) actions that tackle the root causes rather than the symptoms.

Governments all over the world are struggling with the question of how to adapt to climate change. This is a central principle within the IDB’s Urban Development and Housing Policy, which explains how cities in Latin America and the Caribbean face an asymmetrical situation with respect to climate change: their populations and infrastructures are particularly vulnerable to heat, floods, droughts and extreme climate events, but their contribution (per-capita emissions) is well below the level of cities in more developed countries.

Sune Holt is a biologist, geologist and physical geographer with 30 years of field experience on socio-environmental and climate change issues from over 20 countries leading to implementation of appropriate and sustainable solutions. Sune is a Danish citizen but has lived in Nicaragua since year 2000 with some interruptions during other assignments abroad. In 2016 he joined IDB as Climate Change Adaptation Consultant in the Housing and Urban Development Division to work under the Emerging and Sustainable Cities Initiative (ESCI). Among other activities, he also facilitates the sharing of climate adaption experiences from sustainable solutions being implemented in cities elsewhere in the World with special focus on Nordic Solutions related to the Sustainable Development Goals (SDGs). From earlier jobs and assignments Sune has extensive and practical experience from waste-to-energy solutions, circular economy, environmental impact assessments, and disaster risk reduction works.