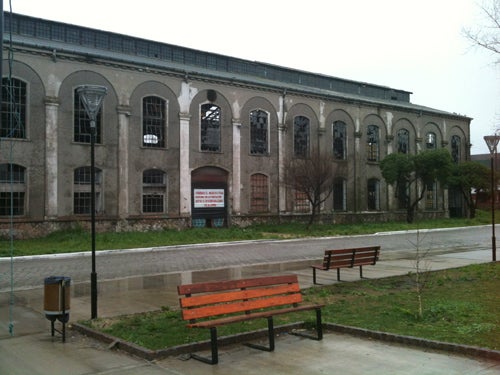 This week the Municipality of Rio de Janeiro finished the demolition of an elevated highway that ran through the port area and was considered one of the city’s vital arteries.  This was part of a project to revitalize the area, making it a more pleasant environment, particularly for pedestrians.  This action is not unique.  Demolishing old structures, which has been built for the automobile without concern for the cityscape around it, is a trend that has become more common as mayors and residents place increasing value on the quality of their cities.   Some notable examples of this trend are:

In 1991 the Embarcadero Freeway, a double decker viaduct on the San Francisco waterfront was finally demolished, following a lively debate on whether its removal would cause severe traffic problems.  After the 1989 earthquake damaged it, the debate was quickly solved since the freeway was closed without significant traffic problems.  The result today is a beautiful walkway between the Ferry Building and the Fisherman’s Warf, a major destination for both visitors and residents alike.

The  Cheonggyecheon park in downtown Seoul is another example of an urban restoration project that required tearing down a major freeway.  During the post war period, the Cheonggyechon River was covered with concrete and later an elevated highway was built on top of it.   Beginning in 2003 the city decided to remove the highway and create a riverfront urban space, which in turn was the catalyst for the revitalization of the downtown area.  It has been a great success for the pleasant atmosphere it created, for its positive environmental impacts, and for increasing the value of properties in its surrounding areas.  It earned the city a reputation of bold action in the face of pressures to maintain the status quo, especially for the defenders of ambitious transit projects.

The  IDB has supported a number of revitalization projects that placed primary emphasis in transforming the urban landscape into lively urban spaces, where people can congregate and interact.  Examples include the “Orla Morena” project in Campo Grande, Brazil, the Quito Historic Center revitalization project, in Ecuador and the Roosevelt plaza (part of the PROCENTRO project in São Paulo).  A common characteristic of these projects was the reduction of vehicular traffic to make space for pedestrian streets and bicycle lanes. Despite initial reactions by either merchants or motorists, traffic problems in general have been minimized, either by discouraging vehicles from using central areas and/or by significantly improving public transportation.

The trend is clear:  the automobile has to make room for people in cities.  No matter how necessary the urban freeways may seem, there are always alternatives.