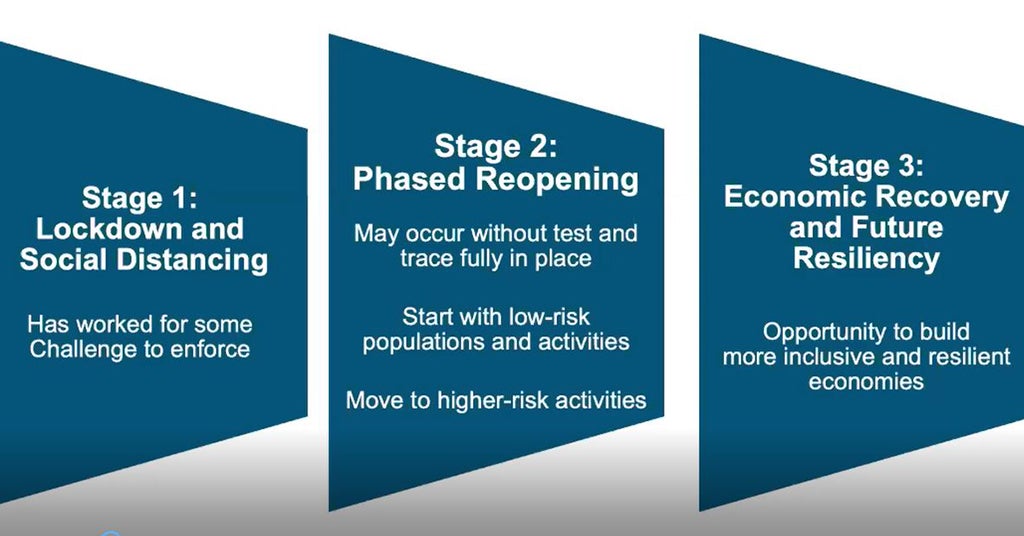 The COVID-19 pandemic is a once-in-a-century public health crisis, an economic catastrophe, and a human tragedy of the first order, whose impact has been most keenly felt in cities. That’s because plagues and pandemics turn the dense living patterns, international connectivity, and sheer 24/7 busyness of cities—the basic drivers of their productivity—against them. That said, cities have survived pandemics throughout all of human history. The basic force of urbanization is stronger than that of disease.

The pandemic feeds on density, and Latin America is home to 10 of the 50 densest cities in the world, include Bogota, Lima, Sao Paulo, Mexico City, Rio de Janeiro and Buenos Aires. Overcrowding is the bigger factor than raw density, and more than 100 million Latin Americans live in mega slums and 160 million live in slums. Basic sanitation—the fundamental driver of typhoid and cholera in Asian, European, and North American cities in the past—is wanting; 77 percent of people in the region lack safe sanitation and only 28 percent of the region’s wastewater is treated.

As tragic as the pandemic is, it is an opportunity for Latin America and the Caribbean to create a new framework for a more creative, inclusive, and resilient model of economic growth. Here are five principles that can guide that recovery.

Latin America and the Caribbean have a growing creative economy, which employs two million people and generates $125 billion annually in US dollars. Knowledge and creativity-driven businesses account for as much as 20 to 30 percent of some national economies (more in some major cities and metros). This sector should be strengthened wherever possible, as it provides the highest wages and the highest-quality growth. High tech innovation can be applied in agriculture, manufacturing, and even tourism as well.

99 percent of businesses in Latin America and the Caribbean are micro, small and medium sized. These account for 67 percent of employment but only one third of GDP. They will need technical assistance as well as financial support as they recover and scale. Businesses that are closely tied to a regions’ knowledge and export sectors should be given priority for investment.

Latin America and the Caribbean are home to 10 of the 15 most unequal countries: 220 million people in the region are classified as extremely poor, meaning that they subsist on just $4 US per day, and 240 million have no access to social benefits or protections. More than half of the workforce are employed in the informal economy. Recovery offers an opportunity to address and mitigate such inequality, with public and private investments focused on strengthening communities and on inclusive economic development.

Redesign for Health, Safety and Resilience

It is time to redesign infrastructure – streets, roads, open, spaces, roads, parks, transit stations and parks for health, safety and resilience. Slums need running water and closed sewage systems. In developed neighborhoods, streets, public spaces, schools, civic infrastructure, and airports will need retrofits to allow for social distancing. Pedestrianizing streets allows citizens more room to social distance, more opportunities to safely exercise. Automobile congestion, already a serious problem in many of the region’s cities, is likely to get worse as people avoid buses, trams, and other crowded conveyances. Bogota opened 76 kilometers of temporary bike lanes to enable people to get around during the Covid crisis.  It is time to reclaim our cities from cars and redesign them for people.

A crisis, it is often said, is a terrible thing to waste. The current Covid crisis is an opportunity to rethink Latin America’s development model once and for all, and to build cities and an economy that are more creative, inclusive and resilient, where prosperity can be shared by all workers, communities and people.