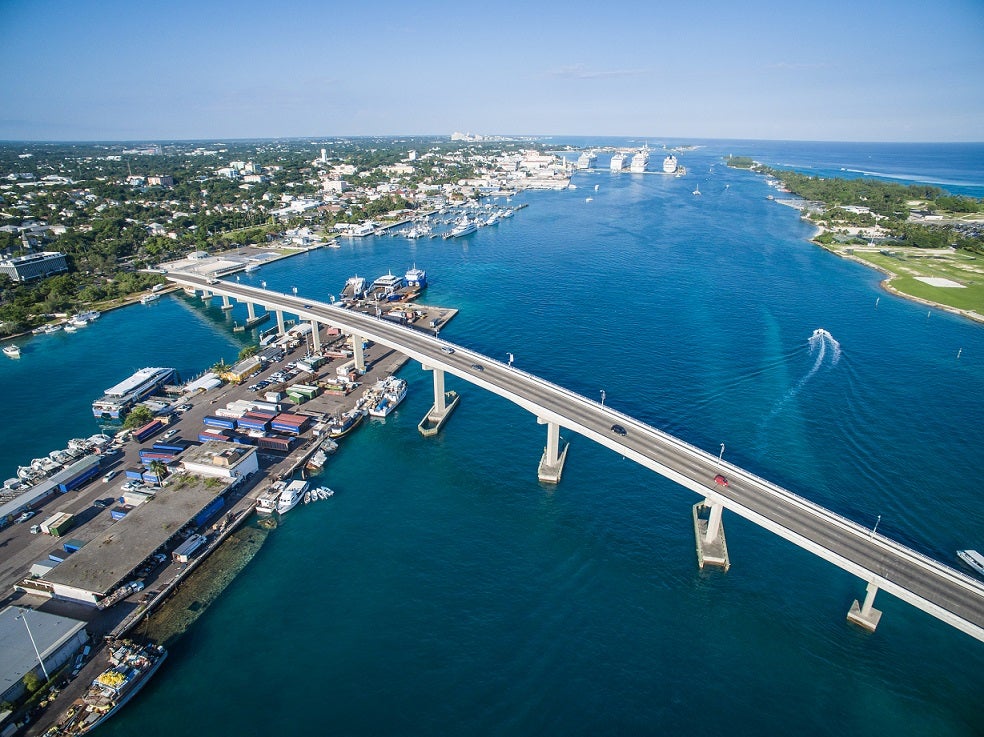 Many cities across Latin America and the Caribbean share a common issue: the existence of central areas or downtowns that are run down or underutilized. In most cases city centers are bustling with activity during the day, but become ghost towns during the night. This is the case of Nassau, a city where its downtown area—rich with historic landmarks and local treasures—becomes almost completely silent and vacant after sunset. This phenomenon is especially common in emerging cities where the inadequate use of tangible and intangible urban assets contrasts with a rapid urban expansion towards suburbia. How can we change this situation and explore this enormous potential?

From October 5-9, 2015, the Government of The Bahamas, the Inter-American Development Bank (IDB), the College of The Bahamas (COB), and the Vienna University of Technology (UTV) convened the first Urban Design Lab (UDL) in the city. The UDL is a participatory planning and design methodology developed by the University of Technology in Vienna to define key activities for urban regeneration in the framework of IDB’s Emerging and Sustainable Cities Initiative (ESCI).

Conversations held with university students and professors during the Nassau Urban Design Lab revealed that locals—particularly young people—tend to avoid downtown Nassau as they complain that the area only caters for tourist activities. Big retailers have migrated from Bay Street and relocated to high-end shopping malls towards the West of the city. As a result, downtown only offers the Straw Market, a few jewelry and souvenir shops, several food joints and scattered government buildings. Moreover, the redevelopment of areas such as Cable Beach as a tourist zone, and the drop on the number of stopover visitors—those who stay at least 24 hours or more—are other factors that have led to the overall deterioration of downtown Nassau.

Professors and students from the College of the Bahamas (COB) led by Roland Krebs participate in the Nassau UDL. Foto: Ramon Zamora

Despite these limitations, Nassau is a “brand” with tons of potential. A city that hosts thousands of tourists every year, Nassau is the ideal location to showcase the rich culture and history of The Bahamas. On December 2014, the city was designated as a Creative City of Crafts and Folk Arts, becoming one of the two cities in the Caribbean—next to Jacmel, Haiti—that are a part of UNESCO’s Creative Cities Network. Following this recognition, the city has an additional incentive to work on the revitalization of its downtown area and to incorporate elements from its cultural and historical heritage into its tourist and leisure activities.

Additionally, at a time when neighboring and relatively lower-cost Caribbean destinations such as Cuba are becoming increasingly competitive, it is critical for the Bahamas—and especially for Nassau—to put together a strategy that is able to “rebrand” the city by enhancing both residents’ and tourists’ experiences in a way that showcases Bahamian history and culture.

Close emotional ties exist between people and the places they live, visit and work; and those ties feed into the city’s identity or brand. However, branding is not a magic wand to mask a city’s problems. When there’s a gap between the reality of the city and the expectations and perceptions held by local residents and visitors, then a comprehensive communications strategy is needed to bridge that gap. Megacities like Paris, New York and Hong Kong are famous for their successful branding or re-branding strategies. But what can small cities to change the way they are perceived?

One of the exercises carried out during the Nassau UDL along with professors and students from the College of The Bahamas consisted in identifying and mapping the main strengths and weaknesses of downtown Nassau. Among the strengths, the group mentioned the city’s historic landmarks, its strong architectural character, the Junkanoo—the national festival that celebrates Bahamian origins and culture,—and the existence of vacant buildings that could be transformed into cultural centers. Weaknesses observed by the participants included the lack of public transportation and bicycle lanes, traffic congestion, the need for more public/ green spaces, and the limited offer of activities during the night, as most businesses in the area close after 5:00 pm.

Following the insights gathered from the Nassau UDL, interventions to revitalize downtown Nassau and integrate it to the Grants Town area will be at the center of a strategy to rebrand the city. Check out this video that summarizes the main takeaways from the workshops and visits:

These and other ideas will be discussed during an academic exchange and workshop that will take place November 4–12 in cooperation with the Vienna University of Technology and the College of The Bahamas. The best pilot projects that result from the workshop will be included in the ESCI Action Plan to be completed by March 2016. Stay tuned for more updates from Nassau!