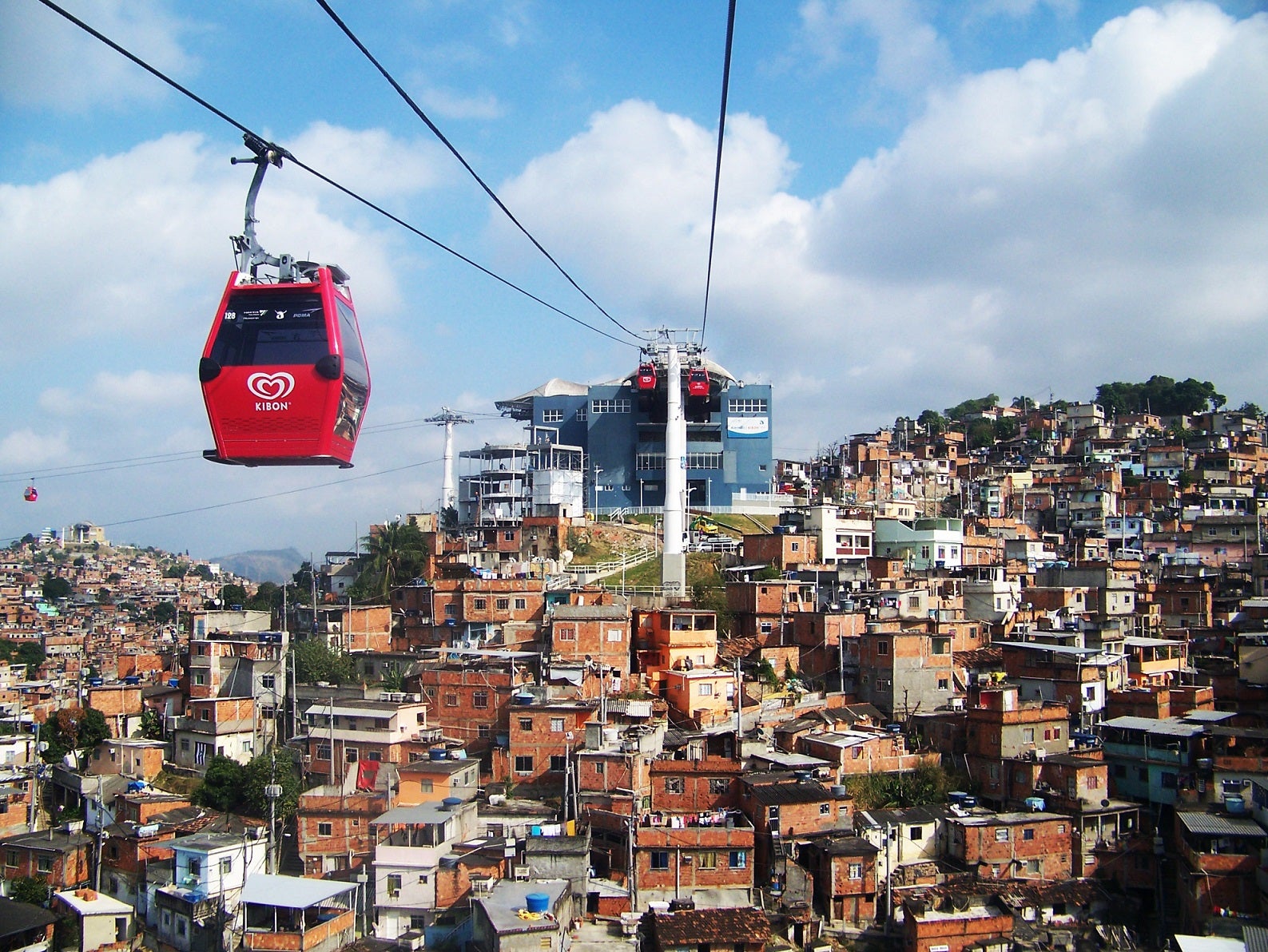 Rio de Janeiro has over a thousand favelas or informal settlements, which host over a third of the city’s 6.3 million inhabitants (IBGE 2013). Over the past decades, many attempts have been conducted in order to improve quality of life in the city’s favelas. Morar Carioca is the latest Informal Settlement Upgrading Municipal Program (IABRJ) carried by the city of Rio de Janeiro’s Housing Department, now supported by federal funding as part of the city’s preparation towards the 2016 Summer Olympics.  Its main goal is to integrate informal settlements into the formal city in three different ways: upgrading, maintenance, and land use control.

The following is a summarized version of an interview with Jorge Ponte, architect and Morar Carioca project official, who met with the University of Michigan Master’s of Urban Design program ’13 in Brazil.

Why was there a need for Morar Carioca? How did it start?

The Municipality of Rio de Janeiro established a series of initiatives in the city’s 2012-2016 Strategic Plan. Morar Carioca is one of those strategies composed by the following platforms: urbanization of informal settlements, the UPP (Pacifying Police Unit) program, Minha Casa Minha Vida (My house, My Life), and the relocation of families. In this context, the Municipality’s Housing Department had the challenge of promoting a better urban integration of the city’s informal settlements.

The reason for creating the program was the lack of social housing policies to assist those who have no access to the formal housing market. Informality was their only means to supply their housing needs. As a result, a number of informal settlements have spread throughout the city, occupying risky areas.

How can the program help improve the lives of those who live in favelas?

Morar Carioca has the premise of implementing a “complete urbanization” process in favelas, by delivering basic infrastructure, sanitation systems (water supply, sewage, drainage, waste collection) and street lighting. Additionally the program contemplates the implementation of a coherent road system to provide access to all type of services while promoting the incorporation of educational, sporting, leisure and health public facilities. The program also involves creating public spaces to promote social cohesion and multifamily buildings where families currently living in landslide risk areas can be relocated.

Rio’s workers building infrastructure to give access to the favela. Photo: Cesar Simborth

What do you feel is the most important achievement of Morar Carioca?

One of the program’s main strengths is that it prioritizes the effective insertion of favelas into the city’s fabric. The projects promote the creation of urban nodes which favor a real integration between favela dwellers and the city.

To my understanding, the program is the result of a long study and professional experiences of different people who came from different sectors (not only public), and who have worked with favelas over a long period of time. In this sense we have to be aware that Morar Carioca is not something static to be graded at this time. We are dealing with a much larger process that will be validated over time by the Carioca population.

Given its complexity, the program will take shape along the way until it is finally considered a legacy for the city.

In projects of this scale, the City, State and Federal governments should continuously work hand in hand in order to achieve the desired objective. Also, within the municipality, the different city departments should work as a team. This level of coordination might be the biggest challenge faced by Morar Carioca.

What lessons can other cities and countries trying to improve informal settlements learn from Morar Carioca?

Favelas are a global phenomenon. They present themselves in different forms, with different geographic, economic and cultural characteristics that demand unique responses from programs such as Morar Carioca. Every favela has its own character. A very positive aspect of Morar Carioca, is that the program involves a  thorough analysis that takes into account  each favela’s specific needs, rather than generalizing from other interventions.

Kit Krankel McCullough is an architecture and design consultant for cities, institutions, developers, neighborhood and merchant groups around the United States. Through her urban design practice and teaching she advocates the revitalization of our city centers as vibrant mixed-use districts, the preservation of their historic assets, and the enhancement of a sense of place.. At the University of Michigan, Ms. McCullough teaches courses on urban design and real estate development, including an urban design studio and seminars on the practices of urban design, real estate development, and the design of the American city. She received her Bachelor of Architecture from the University of Texas at Austin and her Master of Architecture in Urban Design from Harvard University.