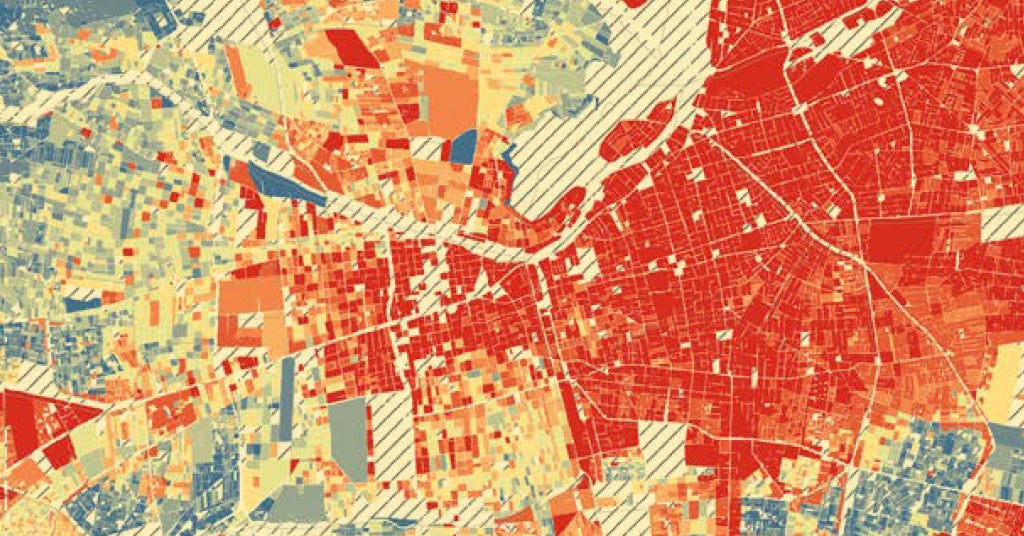 Latin America and the Caribbean (LAC) has become predominantly metropolitan and we have not yet made progress towards effective metropolitan governance. In an incremental process, metropolitan areas have become – de facto – an emerging phenomenon: 47% of the regional population is concentrated in 180 urban agglomerates with more than 180,000 inhabitants, which is equivalent to about 265 million people. In recent years we have observed that these levels of urbanization are more evident in South America, while Central America and the Caribbean perceive lower growth rates. If we downscale the analysis to a Latin American country, we observe the case of Chile: 46% of its population resides in only three metropolitan areas, while 61.5% lives in conurbations (or large continuous urban agglomerations) with more than 300,000 inhabitants. This scenario has required the country to take steps towards a decentralization process, which configures and presents a priority opportunity to develop guidelines that allow compensating a territorial balance.

LAC metropolitan agencies seldom hold the legal status necessary for land use decision-making and investment in infrastructure, housing and mobility. However, different forms of metropolitan dialogue have become an inherent reality in urban areas that transcend jurisdictional limits. The recent IDB publication The Institutional Construction of Metropolitan Governance introduces a priority task: gradually equipping this metropolitan dialogue with political, functional and operational legitimacy.

Urban conflicts transcend political-administrative limits, so the answers must recognize it. One of the key messages left by the Habitat III Summit in Quito (2017) is that issues such as urban mobility, air pollution and greenhouse gas emissions are addressed more efficiently through metropolitan coordination than at the municipal level. For example, 40% of the inhabitants of the metropolitan area of ​​the Valley of Mexico cross at least one municipal limit daily to get to work, as happens in the Mexico-Puebla corridor that registers the flow of 760,000 people daily. To promote mobility strategies that tend to greater socio-spatial equity and lower emissions, effective coordination is required in the provision of services and infrastructure development.

An effective metropolitan dialogue can contribute to urban productivity and reduce environmental impacts through more efficient and lower-cost service delivery, thus transferring greater benefits to citizens. For example, having an integrated solid waste collection, separation, recycling, and final disposal system for all municipalities in a metropolitan area generates economies of scale that reduce the unit costs of these functions and cause less environmental damage, unlike fractional systems.

The metropolitan coordination exercises are an excellent test for governance. However, to be effective they must: 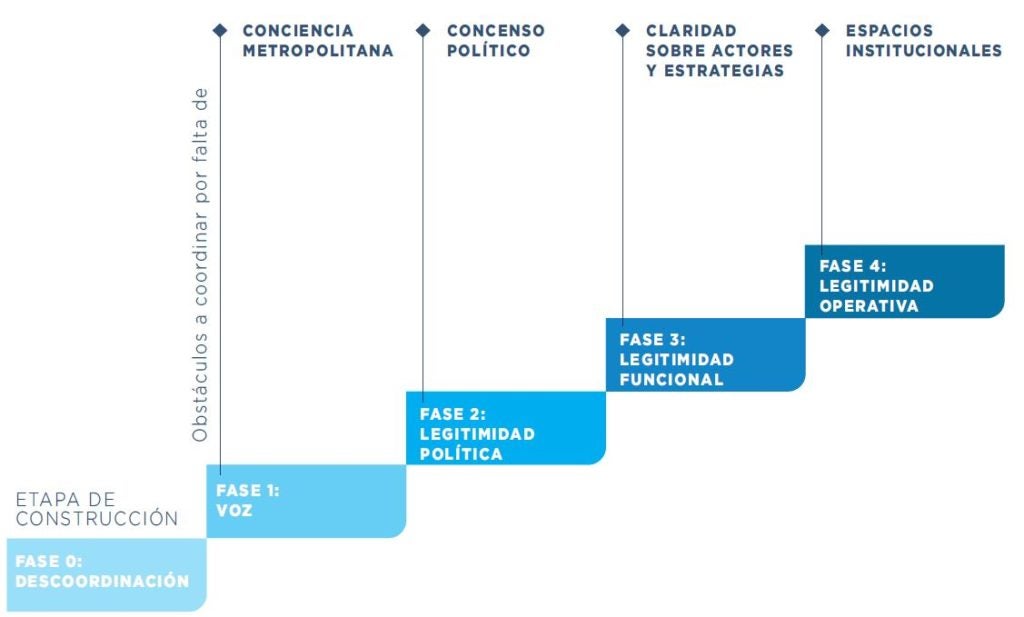 Since 2015, the IDB has supported the Chilean government in a progressive process of recognition of its metropolitan areas. The IDB’s experience in the design and management of urban policies associated with decentralization processes, added to its trajectory in the inter-sectorial coordination of government initiatives, has been essential to advance an agenda committed to Chilean challenges. This process was reflected in Law N° 21.073, published on February 22, 2018, which introduced foundational changes to the Organic Constitutional Law on Regional Government and Administration, in addition to allowing for the first time the direct election of regional governors. The enactment of this law implied the challenge of designing the mechanism by which Chile would recognize a territorial unit as a metropolitan area, both in terms of procedure and its minimum standards.

The new Law N° 21.074 generates a system of transfer of powers from the central level of the Chilean government to the regional ones, giving the possibility of managing metropolitan areas and the creation of new divisions: productive promotion and industry, social and human development, and infrastructure and transport. In this context, it is relevant to understand how metropolitan areas are conceived when acquiring a body of administration of its own, to tend to more sustainable territories.

The Institutional Construction of Metropolitan Governance: there is no universal equation

The publication The Institutional Construction of Metropolitan Governance raises questions that other countries have tried to solve, either in a planned or reactive way:

What is the role that the central government must play to deliver political legitimacy to the metropolitan authorities? How should responsibilities be established to allow metropolitan authorities to implement their own policies, define income channels and promote transformations in an effective and decentralized way? How to develop financial incentives that promote coordination between the different actors in metropolitan areas?

There is no universal formula for taking steps towards metropolitan governance, since each territory has specific socio-territorial needs that must be considered to achieve a territorial balanced. However, the publication gives us some interesting learnings in this process that must be gradual and incremental in order to consolidate more effective administration agencies:

The Institutional Construction of Metropolitan Governance 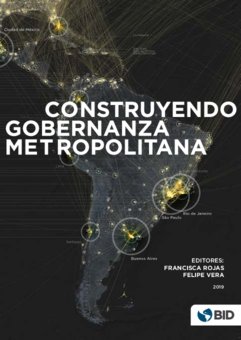 – steps to work in a coordinated and collaborative way on metropolitan management;

– practical cases in governance of metropolitan areas, including the Chilean case. 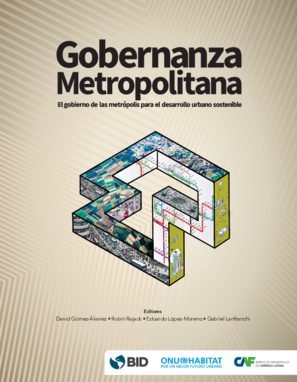 – sectoral adaptations of these premises and applications in a wide variety of contexts;

– why political, technical and administrative agreements are needed at the metropolitan level.