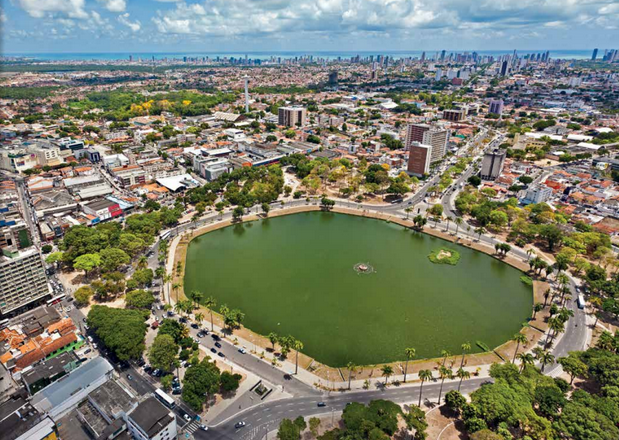 Today, 8 out of 10 people in Latin America and the Caribbean live in a city; this is a figure that has become very popular due to its relevance for urban policies. But, how many of them live in mega-cities, intermediate cities or small cities with less than 100 thousand inhabitants?

To answer this question, the Emerging and Sustainable Cities Initiative took on the task of obtaining the most recent data on population, as well as demographic and economic growth trends, in order to get the complete picture of the composition and structure of Latin American cities, updating what we call the “Emerging Cities Universe”.

This document (available here, in Spanish) reveals very interesting results. We found that there are currently 645 intermediate cities –those with population between 100,000 and 2 million inhabitants– in Latin America, which are home to 205 million people, almost 4 out of 10 people in the region.

Even more interesting is the fact that of these 645 cities, 242 are emerging cities, a term we use at the Inter-American Development Bank (IDB) to describe cities with three main characteristics:

Emerging cities have enormous potential for Latin American countries, as they will very likely become the engines of economic growth in the near future, attracting an important part of the population of the region. The results of this study show us that, as of today, emerging cities are home to 74 million people[1] and produce around 17% of the GDP of the region[2].

From a demographic perspective, it is interesting to note that LAC cities with smaller populations have greater growth rates than their national average. Additionally, as cities become bigger, their growth rates tend to become slower.

From an economic perspective, in most countries in the region smaller cities show higher growth rates than their larger counterparts. These rates tend to slow down as cities grow in size and population.

This seems to suggest that smaller cities have active economies, which in turn is attracting individuals not only from rural areas but also from large cities, who are migrating to smaller cities with dynamic economies in search for work opportunities and a better quality of life. This rural-urban and urban-urban migration could partly explain why the population is these cities is growing at a faster pace, and is key to understand where the economic forces are going to shift in the near future.

However, this accelerated growth poses various challenges to these emerging cities in terms of limited mobility, poor urban planning, increased vulnerability to natural hazards, weak institutional and fiscal capacity, and starker inequality, just to mention a few, which could intensify if not taken into account in long term development plans.

This is why today the Emerging and Sustainable Cities Initiative is more relevant than ever, as it seeks to help emerging cities in Latin America and the Caribbean identify, prioritize and structure projects to improve their environmental, urban and fiscal sustainability, to allow them to fully exploit the opportunities arising from the increased economic growth, turning them into spaces for equal growth and opportunity.

[1]In the absence of economic performance data for Venezuela and the Caribbean, this figure does not include emerging cities in these countries.

Ángela María Reyes is a Master in Public Policy student from Harvard Kennedy School of Government (HKS), where she focuses on urban and social policies. She worked with the Emerging and Sustainable Cities Initiative during the 2015 summer. Previously, she served as an advisor for the Ministry of Finance of Colombia, where she performed analyses of the economy and of the Government’s public policies from the Macroeconomic Policy Department. In addition, she worked at EConcept, a Colombian economic consulting firm, in projects related with regulation, competition, fiscal and macroeconomic policy, among others. Angela has a B.A. and a M.A in Economics from Universidad de Los Andes, Colombia.