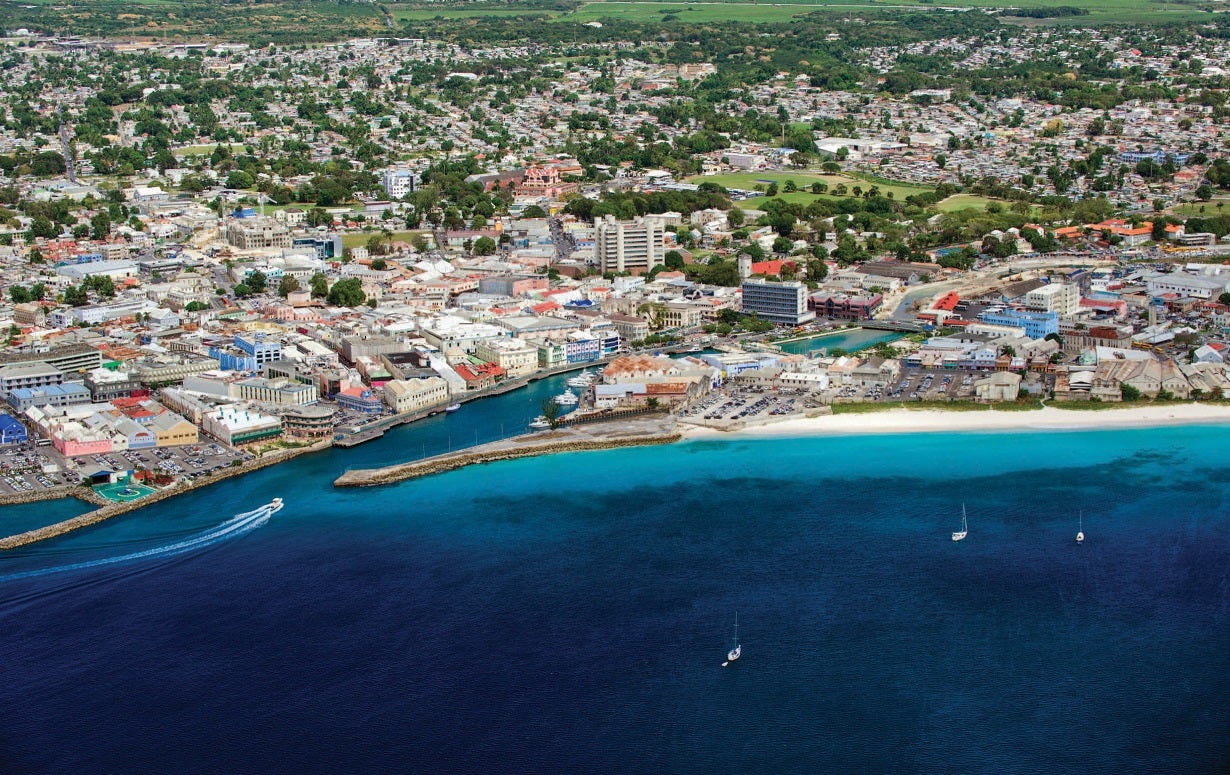 Everyone has a voice

Let’s improve where we live.”

Residents and business people answered the call to let their voices be heard on issues affecting the capital city, Bridgetown. They went to Queen’s College secondary school for the last in a series of consultations hosted by the Town and Country Development Planning Office and Urban Development Commission and facilitated by the Inter-American Development Bank as part of the Emerging and Sustainable Cities Initiative (ESCI) in the Greater Bridgetown Area.

Asking fellow Barbadians to describe the Bridgetown city limits can yield as many different answers as there are shells on our beaches, so after a brief introduction to ESCI by the Ministry of Finance and Economic Affairs’ Public Investment Unit, one of the Senior Town Planners used a colorful and descriptive PowerPoint to clearly show the Greater Bridgetown Area stretching from Holders’s Hill in the north to Rendezvous in the south and loosely bounded by the Adams Barrow Cummings highway.

I then shared with the community members a bit of ESCI history, how it’s unfolding in Port of Spain, the capital of our neighboring island of Trinidad & Tobago and talked about ESCI’s 3 pillars: the environment, urban development, fiscal sustainability and governance. The Chief Town Planner opened the floor to attendees and they shared their ideas for the city which grew around its namesake bridge. Their ideas spoke to improvements of our piece of the planet, our people and how our city can be profitable.

On a perpetually warm island, we use the word summer to refer to the rainy season that stretches from June to November. Unsurprising then that the issue of drainage, after heavy rainfall, was one resident’s spoke passionately about. Another challenge raised by more than one of the attendees was solid waste management within the heart of Bridgetown, an area Barbadians refer to simply as “town”.

People: Close to the Calming Crowd

One resident spoke nostalgically about what used to be the bustling atmosphere of Bridgetown and suggested that reducing the number of cars within the central area could revive the city. A prominent community leader called for a better use of open spaces with areas designated for the use of performance arts and he spoke about more usable open spaces where shade could be provided to entice residents to use the spaces more. Another resident also spoke about the need for sporting and performance arts venues. Another attendee highlighted the need for public restrooms, an area of particular concern for our ageing population and tourism market alike. Yet another topic attendees spoke ardently about was the management of informal vending and the current configurations which see coconut water vendors jostling for space with vehicular traffic on the edge of the Greater Bridgetown area and fruit and vegetable vendors jockeying for space with pedestrians in town. The speakers clearly acknowledged the importance of this type of economic activity but emphasized the need to improve solid waste management in areas where the vendors operate.

Small businesses weren’t the only ones discussed. A representative from one of the city’s oldest and largest department stores spoke of looking forward to the new injection of life ESCI will bring to the city and the synergy between increased activity in the city and increased spending. He also suggested public-private partnerships as a means of ensuring the longevity of projects and ensuring that any tax revenues earned are re-invested into the city. One young economist called for an exploration of new industries to generate income in the city and cited shipping and logistics as one possible option. He also suggested building on the existing tourism industry in a more targeted way and developing medical tourism in Bridgetown. Business people called for longer opening hours of retail stores and entertainment venues within the city. While some acknowledged that there are already some restaurants and bars in the city open until dawn, suggestions were made for a greater diversity of establishments aimed at locals from all walk of life as well as tourists.

P3: The Power of Interconnectivity

It became evident that the common thread was exactly that, the areas of overlap of all the issues discussed. If Barbadians feel more secure as a result of better lighting, and that lighting can be generated using low carbon technology — like solar energy for example — the city can save money while enabling private businesses to increase profits from goods sold and the government to generate tax revenues. This type of symbiotic relationship is the future of Bridgetown.