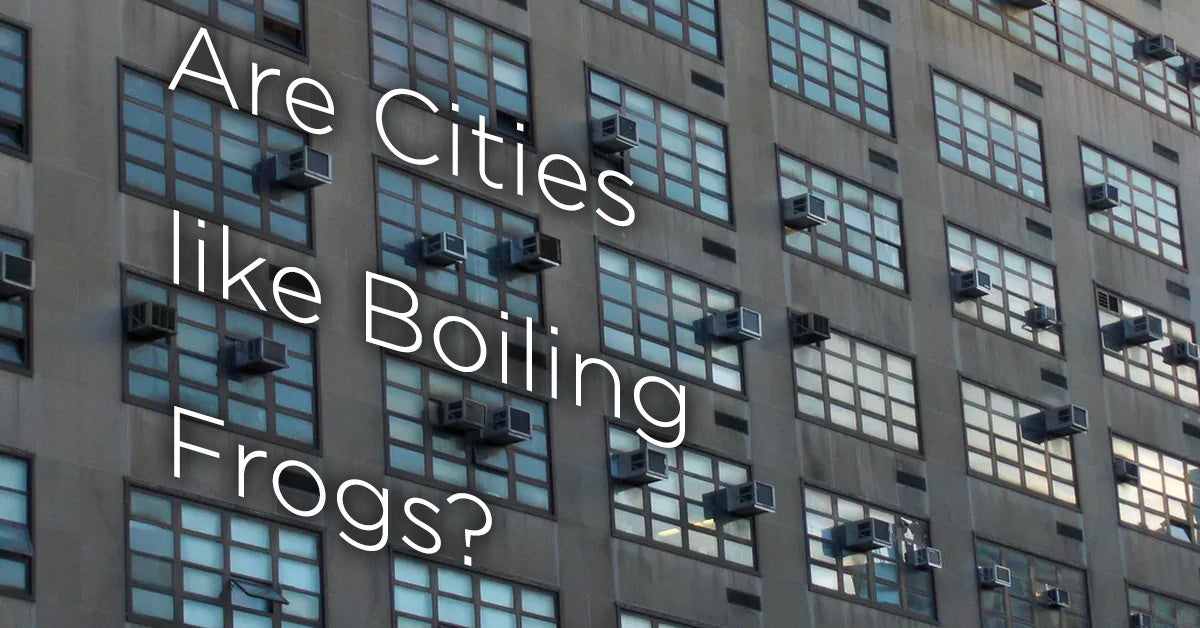 Heat waves and floods have frequently hit the headlines in the news in 2018-19, and there is no indication that this will end soon but might get a lot worse. Climate change has increased the strength and frequency of both extreme heat and extreme precipitation worldwide, but still surprisingly little is being done about it considering the social and physical impact caused by the anomalies. This applies to all countries globally. We could ask ourselves: are we able to detect and react against a creeping “new normal”? Think about the boiling frog fable: “A frog jumps into a pot of boiling hot water and immediately hops out. If, instead, the frog gets in the pot with a reasonable temperature, but the water is slowly beginning to boil, it doesn’t hop out, and is eventually cooked.”

Climate change in a socioeconomic context.

Climate change has a multiplier effect on poverty. Its health and environmental risks are unevenly distributed and are greater for poor people across the planet. It will also increase the economic gap between groups of different social capacity. At the global level, it will produce a heavier financial burden for poorer countries than the wealthier. Unfortunately, the capability of applying efficient climate change adaptation measures depends on income and distribution of financial resources. The only way this can be changed is through higher levels of equality. Mary Robinson, former President of Ireland, delivers an excellent speech on a TED conference on why climate change is socially so unfair and mentions a number of great examples on this, and their solutions, from all over the World.

From Mexico to Sweden – extreme temperature events get worse.

While conducting research on climate change impact in Hermosillo, Mexico, which is located in a hot arid climate typical for the Sonoran Desert, I got a first-hand lesson in adaptation to heat in an urban environment where the thermometer can reach between 44 and 48°C in the shade. On the other hand, many people were surprised when Sweden, normally considered part of the cold polar zone in the North experienced the hottest July in at least 260 years.  The Arctic Circle reported record heat at 32°C. During the month of July same year, Sweden reported more than 40 wildfires around the country as a result of temperatures up to 8°C above what’s normal for the month. The Swedish article closed with a striking remark: “Heat will cause deaths even in cold climates”. Mexico and Sweden –indeed, all of us– need to stop mimicking frogs in a boiler and do something about climate change, including both mitigation and adaptation. Besides lowering our carbon footprint and globally working together on the climate change issue, there are many ways we can better adapt to warmer temperatures.

No question that the Hermosillo temperature extremes are more than 10°C higher than in Sweden– that’s pure physics. People from Nordic countries don’t passively accept such uncomfortable and unhealthy situations for a long time. In this region, people are accustomed to living with a high level of equality, low unemployment, effective government, and sophisticated social services. Recalling a famous quote by Einstein: “we can’t solve problems by using the same kind of thinking we used when we created them”, should inspire us to consider both variables here: 1) extreme temperatures can, and probably will, become hotter; and 2) social acceptance candecrease as social progress are achieved. Weneed to address increasing temperatures both from a physical and a social point of view and urgently take bold actions towards climate change adaptation.

Heat has a physiological limit for humans.

With the headline: “Non-survivable humid heatwaves for over 500 million people”, researchers from the Massachusetts Institute of Technology warn that if climate change remains unchecked and we keep producing greenhouse gases without any restrictions, over half a billion people will, from 2070 onwards, experience humid heat waves that will kill even healthy people in the shade within 6 hours. When the Wet Bulb Temperature(WBT) exceeds 35°C, at which the body – of any mammal – cannot cool itself, overheats and shuts down. The boiling frog metaphor may explain why people currently fail to perceive these risks. The Public Perception of the Health Risks of Extreme Heathas been studied in detail, with several interesting findings, such as: 1) states [countries] in warm climates have some of the highest heat risk perceptions, yet states [countries] in cooler climates often face greater health risk from heat; 2) poorer neighborhoods generally have higher risk perceptions than wealthier neighborhoods; 3) extreme heat events cause more deaths than any other weather-related hazard in the U.S. and are projected to become more frequent and intense over the 21stcentury.

What we can do about it.

For all new types of extreme situations that urgently need to be solved, it’s all about creative thinking and how to transform this into innovation or design thinking, that will enable us to better measure milestones in our innovative efforts. No question about this will have a few methodological challenges, but likewise opportunities. The Nordic countries have for decades specialized in cooling effects of green infrastructure, green roofs, thermal isolation of buildings combined with air cavities in walls, etc., earth coupled thermal mass and heat exchangers, vacuum double/triple glazing windows, louvre shading, evaporative cooling, indirect radiant cooling, and systematic use of thermal cameras identify “weak spots” of heat exchange with the environment. The fundamental physics behind this is a combination of conduction, convection, and radiation. Heat flows by conduction from a hotter location within a material to a colder location, like the way a coffee spoon conducts heat through its handle. Heat transfers by convection for example when heated air becomes less dense and rises, but when it becomes cool and dense, it falls.  Finally, radiant heat travels in a straight line away from any surface and heats anything that absorbs its energy.

Great examples of innovative solutions that addresses the above-mentioned challenges are found within the highly adaptable concept of Zero Energy Buildings (ZEB) that has been implemented in numerous different types and architectural designs. It’s established by law in Europe that all new constructions, from December 2020, will have to comply with the standard of Nearly ZEBs (nZEBs) The ZEB concept is adapted for warm, mild and cold climates and applies to new constructions as well as renovations. Obviously, a ZEB in a cold environment will focus on its heating demand, where this will shift to the cooling demand in a warm environment. Several life cycle cost analyses have found the ideal balance between the level of energy efficiency and investments in renewable energy systems. Economic models have been used to determine the best balance for different situations.

The Nordic Countries would be proud to share these and other of their decade-long experiences on climate change mitigation and adaptation. Working together across boundaries is a two-way process where everybody learns and develop better visions. Finding and implementing solutions to lower human exposure to excess heat is not only a matter of comfort. According to WHO, the number of people exposed to heat waves increased by around 125 million between 2000 and 2016. In 2015 alone, 175 million additional people were exposed to heat waves compared to average years. There are no tailor-made solutions that in a simple way immediately can be copied from one place to another, but fortunately there are many elements that can be recombined and adapted to achieve the right solution for each socio-environmental setting. We still have a lot of innovations to develop before year 2030-50. Climate change adaptation is teamwork. If everyone is moving forward together, the success takes care of itself.

Sune Holt is a biologist, geologist and physical geographer with 30 years of field experience on socio-environmental and climate change issues from over 20 countries leading to implementation of appropriate and sustainable solutions. Sune is a Danish citizen but has lived in Nicaragua since year 2000 with some interruptions during other assignments abroad. In 2016 he joined IDB as Climate Change Adaptation Consultant in the Housing and Urban Development Division to work under the Emerging and Sustainable Cities Initiative (ESCI). Among other activities, he also facilitates the sharing of climate adaption experiences from sustainable solutions being implemented in cities elsewhere in the World with special focus on Nordic Solutions related to the Sustainable Development Goals (SDGs). From earlier jobs and assignments Sune has extensive and practical experience from waste-to-energy solutions, circular economy, environmental impact assessments, and disaster risk reduction works.