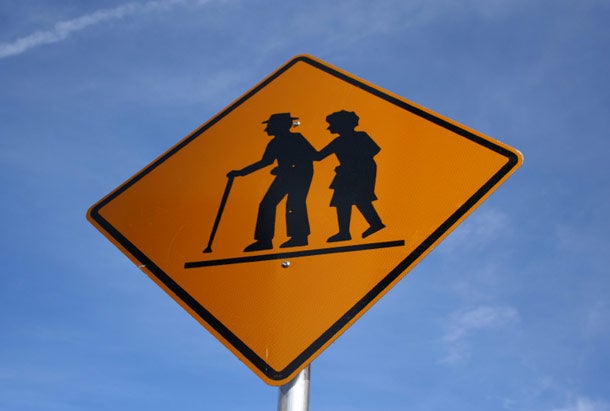 The scenario repeats itself every day and in every city of the world: aging people, whose legs don’t work like they used to, gingerly climb onto city buses and before they can find an available seat, the vehicles lurch forward, leaving the older folks staggering. That’s one of the main reasons people don’t stay engaged in society as they get older. So, how can we build age-friendly cities?

Thanks to the data and dialogue born of movements like the World Health Organization’s Age-Friendly Cities initiative—an eight-year public awareness campaign aimed at accommodating older urban dwellers—policy makers, demographers and gerontologists are better able to consider how to make older people more comfortable as well as more productive. Consider, for example, what strides that older person could make if he or she felt safer on a commute to a job or a volunteer project. Silvia Gascon, an age-friendly Cities veteran from La Plata, Argentina, has been investigating these types of prospects for years. In fact, Gascon’s work has been recognized by WHO as a best practice in age-friendly urban development in South America.  “The concept of active aging is based on the idea that older people are a resource; that they’re not just recipients of (public) policies,” said Gascon, who serves as the director of the Master’s in Gerontology, at the Isalud University in La Plata, Argentina.

Gascon proudly notes that La Plata has long been utilizing age-friendly campaigns to ask bigger social and economic questions about how to keep people working and producing longer in order to assist the economy, their families, and even give them a more hopeful outlook toward the end of their lives. In 2002, she helped La Plata implement funds from the Japanese government and the Inter-American Development Bank to form La Red Mayor, a local network of clubs, journalists and scientific organizations dedicated to making the city more livable for people in their golden years. As data about broken sidewalks, oblivious bus drivers, and lacking park benches came in, the network’s activities grew. Suddenly a population that had often grown skeptical about the democratic system was making concrete demands, explained Gascon.

Today many cities are more careful to think about the placement of park benches and other resting places for elderly people in public spaces; there is more emphasis on sidewalk reparations, crosswalk safety; bus driver sensitivity; and in cities like Rio, planners have managed to fill beaches like Ipanema and Copacabana—prime destinations for golden-age sunbathers—with outdoor gym equipment, encouraging them to stay active and take pride in their bodies at any age.

These structural changes could lead to urban dwellings that are more accessible and thus more sustainable across generations, and that’s the first step toward engaging the public in a dialogue about sustainable livelihoods at a time when traditional pensions might not be as sustainable as first projected. In Gascon’s estimation, that would also make familial relationships more flexible. Traditionally, parents and grandparents assume childrearing duties with the expectation that their children and grandchildren will eventually look after them, oftentimes in the home those descendants will one day own. If older people were working longer and better educated on how to sell their homes, they would have a broader array of choices for helping their children and caring for themselves.

But shifting to this type of lifestyle requires resources, one that could come from taxpayer money, explained Gascon. That doesn’t just mean delaying the age one can cash in on public pensions. That could include the creation of public assistance programs that make it easier for older people to sell their family homes and buy other property, as well as scholarships for older people in need of additional training to stay in the job market. “There have to be new educational initiatives for people over 60,” Gascon said. How can you be included if you don’t know how to use email or PowerPoint?”

But again, most elderly people aren’t going to jump online for a course like that. They need to be able to arrive at large urban centers feeling that buses and other modes of transportation are moving at their pace; that drivers take time to see and stop for them in the crosswalks; that sidewalks are free of obstacles that could trip up an uneasy stepper, and that the very buildings in which they assist those classes have ample benches and other forms of seating for much-needed break times.

Like most people, Gascon wants to be comfortable in her final years, and at some point, that will include cashing in on her pension, but she’s hopeful these investigations into active aging make that process more dynamic.“We’ve come to understand that aging isn’t just about self-sufficiency verses geriatric care. It’s about society as a whole. Everyone has to collaborate to ensure people are actively participating without barriers—the infrastructural as well as the cultural kind.”

Julienne Gage is an American anthropologist and multimedia journalist working in the IDB’s Department of External Relations. She has investigated aging in Kenya, Haiti, Brazil, Spain, and in popular American retirement destinations like Miami.