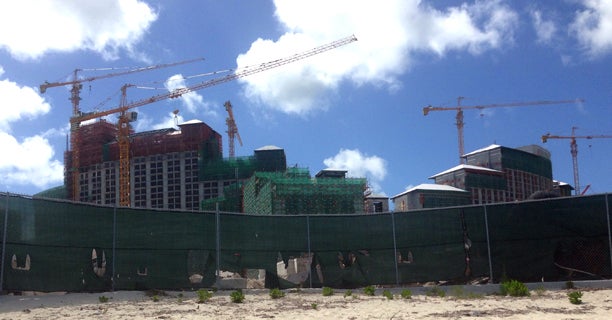 In 2015, the Bahamian people will articulate the Nation’s first ever cross-sectorial National Development Plan. This plan, penned by the people through widespread consultation, will put to paper their collective vision as to what life in The Bahamas will look like in the decades to come. It is a necessary step for the nation, which, like many of its neighbors in the Caribbean, continues to search for new avenues of economic diversification in the face of declining growth prospects in recent years. In 2013 for instance, the IMF slashed growth projections in Real GDP from 2.7% to 1.9%, a revision which has actually proven overly-optimistic in light of recent data from the Department of Statistics which charted growth of only 0.67% during the same period.

Compounding this dégringolade in growth, an alarming ‘Debt-to-GDP’ ratio of 66% puts an even greater emphasis on the need for more strategic investment of public funds into those priority sectors with the highest potential for growth, job creation and developmental ROI. The articulation of a National Development Plan is the first real step in outlining these priority sectors.

It should be noted however, that the exercise of developing such a plan, although filled with promise, is not without its share of risks to be mitigated. Chief among which is the reality that a national plan could become just another report; another set of recommendations, read and forgotten as easily as any other report produced in any given year. How then, can the people, whose participation is key to this exercise, be assured that this plan will be acted upon, and that their collective vision will do more than collect dust on bookshelves throughout the commonwealth.

The answer to this question is multi-faceted, and not without contrary schools of thought. However, the accepted rule of thumb is that a National Plan will never drive change until it is successfully integrated into the country’s national budgeting exercise. One opportunity to begin this integration is when line Ministries present their proposed budgets to the Ministry of Finance for the upcoming year. At this time, traditionally, they often submit proposals for special projects for which they require additional financing above recurrent expenditures. The integration of the National Plan into the process can be as simple as asking the following question:

The key is to make it understood that projects are more likely to be funded when they are shown to support the objectives laid out in the National Development Plan. For example, if one of the pillars of the Plan is Education, and a strategic objective is to improve the national average in Mathematics to a passing grade of C,  those projects geared towards achieving this target will have the greater likelihood of funding (i.e. math  tutoring programs, arithmetic competitions, seminars for parents etc.)

In truth, however, the question above only succeeds in capturing one dimension of the integration process; that of allocation. In an effective system, a mechanism for monitoring execution and for evaluating these publicly funded programs should also be in place. In the absence of such a mechanism, however, the following questions may be considered:

This strategy is but one hypothetical example. Truth be told, there are many ways that a National Development Plan can be made relevant, but, without some connection to expenditure the exercise is handicapped from the start.