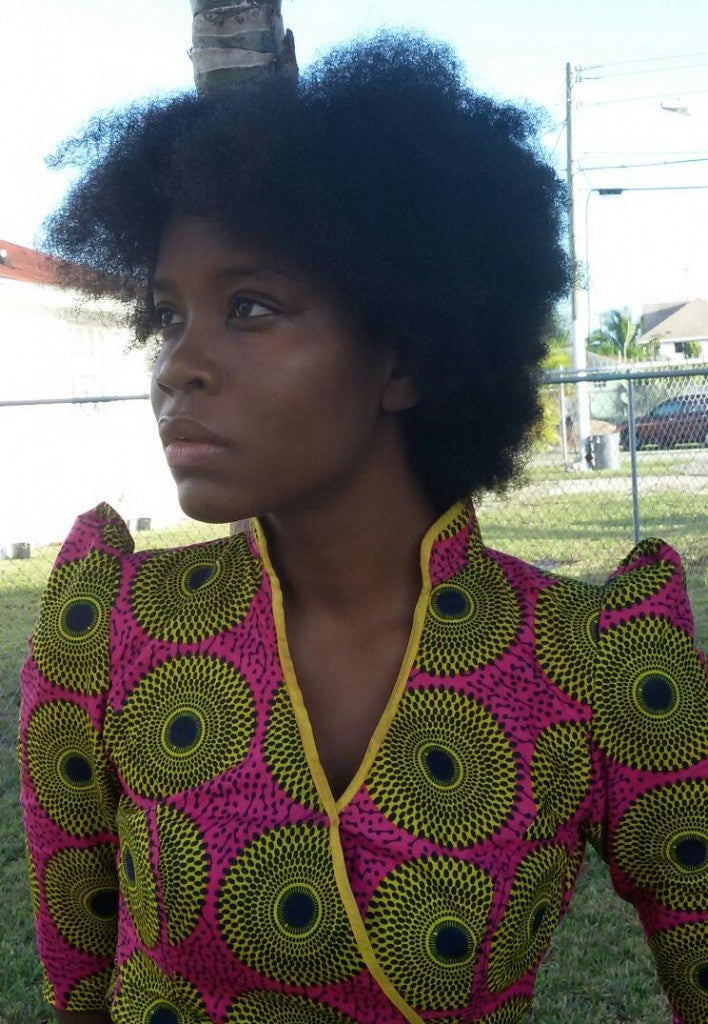 Recently, my 13-year-old sister stood in front of the mirror and asked me, who is the most beautiful female in the world?  A little taken aback, I looked at her with her warm, dark chocolate skin as she combed her kinky hair and told her that she is the most beautiful female in the world. She gave me an incredulous look and told me – no, she meant celebrities (how could I possibly think she meant anyone else, especially her? Only celebrities are really beautiful!)! I looked her directly in her eyes and told her, “What you see on television and in magazines is not real. Not even the celebrities themselves look like that.” I told her everything about her is real: her hair, her skin color, her nails, her eyelashes – and that in itself was beautiful because authenticity is beautiful.

According to a CNN article, there is “scientific evidence to suggest that ideas about the importance of one’s own beauty get formulated in childhood”. This is particularly important because self-face evaluation “may be related to self-esteem” (Oikawa, et al, 2012). Thus, the role parents and the environment play in the lives of children is critical. Teenagers are particularly vulnerable to the “beauty images”  promoted in the media. As my little sister was affected, so are others.

My natural look and style has people constantly asking me if I model. Due to the sheer volume of people asking me if I model, I have often considered it. Several times I have approached agencies but then walked away. There is something within me that does not connect with modeling in its current form – that is, the promotion of the flawless, size zero, straight hair, airbrushed look. The way nobody really looks when you think about it!

It begs the question, what is beauty anyway?

I would much rather be a role model than simply a model – a woman who reflects beauty from an inside mirror. That is, that my kindness and compassion for others would outwardly adorn me as though they were precious jewels. And that confidence in my natural self would be as a crown on my head. I see nothing wrong with wanting to look different at times – in  fact, as women, we constantly want to change our hair, shoes, clothes and it goes on.

I think the issue comes in, however, when we cannot leave home before bleaching our skin, putting on heavy layers of make-up, hair extensions, fake eyelashes, fake nails and all the other additives because we feel we are not beautiful without them. This speaks to a deeper issue of self-hatred. This sounds harsh! But seemingly there is a feeling of unworthiness when compared to the media’s insidious images of beauty which bombard our lives. This self-hatred appears to be rampant in the Caribbean. Our skin is “too dark”. Our hair texture is “too coarse”. Our eye color is “too plain”. Do we still know who we are?

And, yes, you are correct in your thinking: our world still very much favours the straighter hair and the skin with the lighter hue. It’s a fact that darker-skinned people in cultures all over the world are still mistreated and discriminated against (see Study: lighter-skinned black and Hispanic people look smarter to white people). As well, straight hair is viewed by many as “more professional” than kinky tresses. In fact, when I worked in Toronto, I hid my natural hair for 2 months under a straight hair wig because I thought it would not be accepted. For the record -I was wrong.

My mom started relaxing or “perming” my hair when I was very little and I grew up believing only straight hair was beautiful. However, whilst in university I realized no matter how much I permed my hair, more of the fuzzy, kinky stuff kept growing out. So I chopped off all of my permed ends to let my hair grow as it obviously wanted to.

The chopping of my permed hair, revealing my hair in its natural state had a life-changing effect. I suddenly felt free… as if I could now be me free of any subterfuge or artifice. I looked in the mirror and embraced every beautiful flaw because this all contributed to making me, me. My confidence shot up because I realized… authenticity is beautiful.  I decided unapologetically: this is me, take it or leave it.

My sense of identity also increased. My ancestors were snatched from the shores of West and Central Africa and relocated to the Americas and the Caribbean. But when I look in the mirror, I see them. I see my lineage, my roots and I am proud of them. I want to be identified with those roots by sight. This feeling is one that I cannot fully articulate. I simply recognize and embrace it.

I believe if we all chose to walk proudly, confidently and authentically in line with our heritage… then this will revolutionize the way the entire world views beauty. Because then we would be authentic. And authenticity is beautiful.