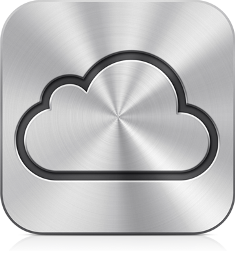 Led by the Institutional Capacity of the State Division, the First Workshop on “Regional Collaborative Mechanism of Public Software” was held in the City of Mexico on July 17-18, 2014. As shown in the activity report, the first outcome of the workshop was the set-up of a knowledge community for Latin America and the Caribbean focused on the development of collaborative e-government solutions in open environments in order to accelerate the incorporation of ICT in every area of public administration. An additional outcome was the definition of the features of an investigation on the condition of the region´s public software to serve as a baseline regarding applications and regulatory aspects. Such baseline will inform the development of a working model for a regional collaborative platform. The workshop was held at the Public Administration Secretariat of Mexico and was received with significant interest by the Mexican government as can be seen in an article on the workshop published in the Republic Presidency website.

The project, which is coordinated by the Network on E-Government of Latin America and the Caribbean (Gealc Network), supported by the Public Property Initiative of the IDB and led by ICS, seeks to promote –with this community as a starting point- the exchange of knowledge and shared efforts in order to enhance the process of generation and appropriation of Public Software tools and their re-utilization in the region. The initiative includes various research, training and joint work activities, as well as the design and implementation of a regional collaborative platform for the development of e-government solutions.

The community is formed by authorities of e-government agencies from Bolivia, Brazil, Chile, Colombia, Costa Rica, Ecuador, El Salvador, Mexico, Paraguay, Dominican Republic, Uruguay and Venezuela and is already arranging the next workshop that will be held in Brazil in February 2015.